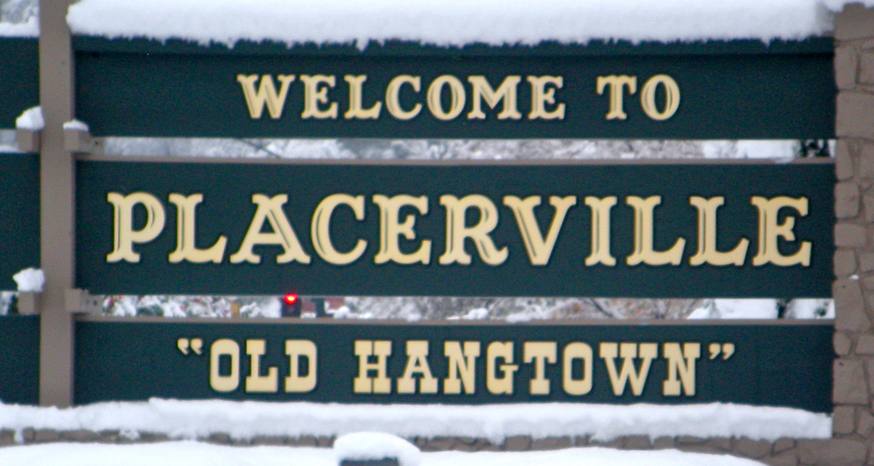 Nooses and hangings are not something most towns brag about. Placerville, though, is a little different.

A noose has been part of this town’s logo for decades.  And “Old Hangtown” is the motto of this city sandwiched between Sacramento and South Lake Tahoe.

While most associate nooses with lynching of black people in the South and elsewhere, that’s not what is being promoted in this California town. Some say the logo dates back to the 1970s, while the nickname is definitely a relic of the Gold Rush era. After all, it was in neighboring Coloma where gold was first discovered in California in the 1800s.

On April 13, the Placerville City Council voted to remove the noose from the logo. The city said it will cost about $3,500 to eliminate it from signs and logos. It’s already off the website. The noose was on a tree behind a man panning for gold.

On April 30, the council then affirmed on a 5-0 vote that the moniker “Old Hangtown” was going to stay, citing the history of how the name came about and how the state has embraced it. California officials have placed two historical markers in town touting Old Hangtown’s significance in the state’s history, as well as the tree where the hangings occurred.

Placerville has changed its logo from having a noose, left, to removing it, right.

Hangman’s tree, which is on what is now known as Main Street, was where justice, so to speak, was delivered. This is where three men were hanged in 1849 after being accused of robbery and attempted murder. Their sentence was death. This is how the tree got its name. The tree was then put to use for quite some time, which is how the town got its nickname.

The tree is no longer standing, but a business exists on the site with an effigy of a miner hanging from a noose. This has been removed and replaced at various times.

Placerville was first called Dry Diggins. For a short time, it was officially called Hangtown. In 1854 the city was incorporated as Placerville. This is quite a change in thinking, with “placer” translating from Spanish to English as “pleasure.” Those who took their last breath swinging from a tree surely would have disagreed with the name change.