Tivoli amusement park continues to captivate after opening in 1843 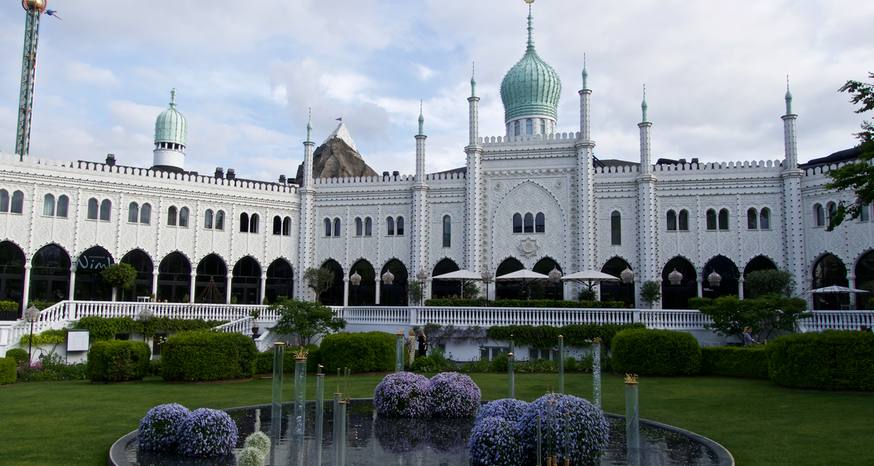 Tivoli’s Nimb is based on the Taj Mahal. It has 14 hotel rooms. The park is known for its rides and gardens. (Image: Kathryn Reed)

Whirling lights, screams coming from various rides, the smell of fried food, and stalls ready for guests to take a turn at a game of chance. This is Tivoli.

While Disneyland has better name recognition, Walt Disney was influenced by what he saw at Tivoli. From the Tivoli website, “In 1955 the original Disneyland opened in California. Walt Disney paid several visits to Tivoli, where he was fascinated by the mood and atmosphere. Disney was keen to copy the Tivoli ambience, so that he could incorporate it into his own amusement park.” 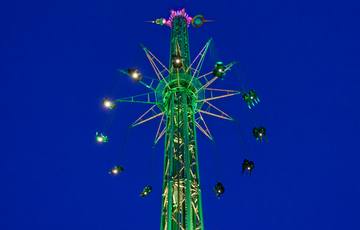 Behind one ride is a snowcapped mountain that resembles the Matterhorn.

It was the Demon rollercoaster that had six of us trying to keep our hands up as we spun around, then did a 360 in the loop. A bit rickety is the wooden Rollercoaster, which was built in 1914. It still requires an operator in the front to control braking. It’s clacking brought back memories of the Santa Cruz boardwalk in California. In 2014, the Vertigo rollercoaster was voted Europe’s Best Ride. 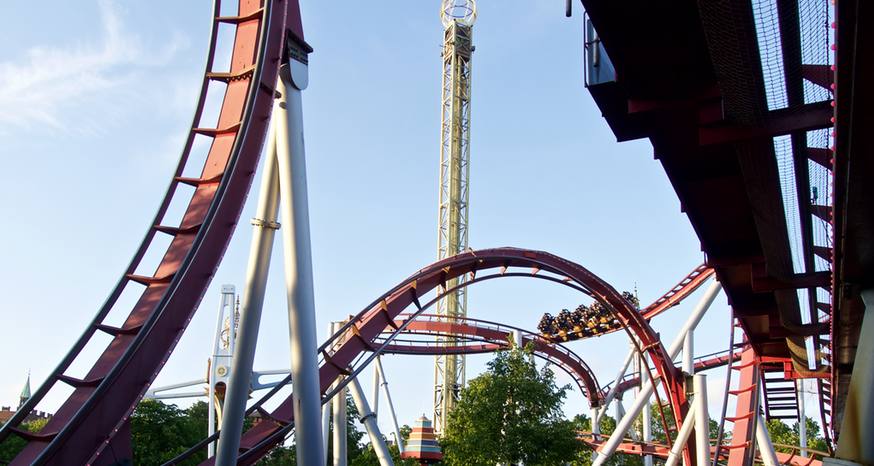 Despite the age of the park, modern rides continue to be added. (Image: Kathryn Reed)

The Star Flyer had us captivated for two spins. The second time was so we could see the lights of Copenhagen as the sun had set – which was at 9:42pm. This swing provided incredible views of the city; enabling us to appreciate many of the sites we had been to earlier in the week. We were at Tivoli for a short time, giving us a taste of it without seeing the whole park, experiencing all the rides or any of the shows.

As we were calling it a night, so too was a throng of people who had gathered in the main entertainment area to watch a professional soccer game on the big screen. What a fun opportunity to provide for locals.