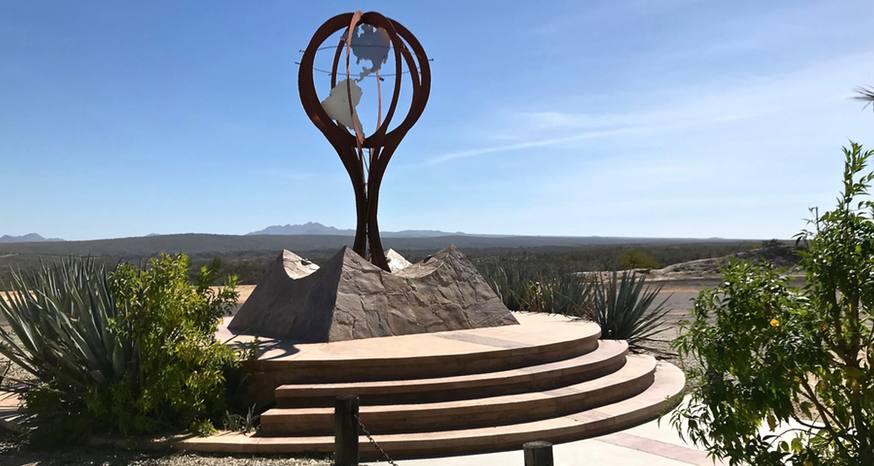 A sculpture marks where the Tropic of Cancer goes through Baja California Sur on the East Cape. (Image: Kathryn Reed)

Being practically on the Tropic of Cancer ensures Todos Santos has tropical weather year round.

In the really old days, people would use the stars, sun and other astrological reference points to know where they were. With GPS and other technology, it’s less important to know longitude and latitude lines.

On the eastern side of Baja California Sur near Santiago is a large monument signifying where the imaginary line of the Tropic of Cancer cuts through the region. This marks the 23.5 degree north parallel line. It is near kilometer 82 on the west side of Highway 1.

This plaza was built in 2013 to call attention to the otherwise invisible line. A sculpture of the Americas is the focal point, with the Tropic of Cancer line going through the various parts of North America. It’s easy to pull off, park and walk around. 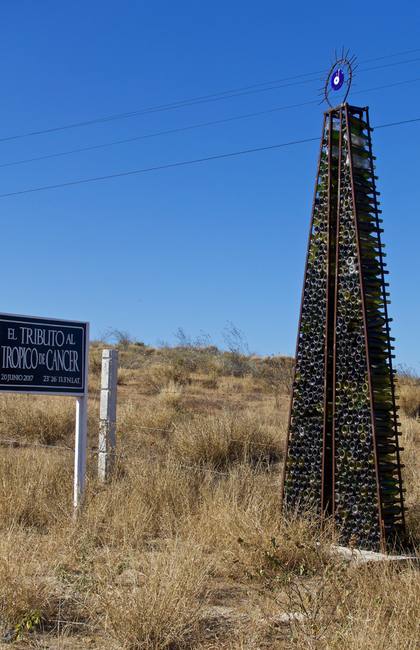 Between Todos Santos and Pescadero on Highway 19 between kilometers 53 and 54 is a sign marking the Tropic of Cancer on the west side of Baja Sur. It was erected in 2017. Next to it is a triangular shaped sculpture that is full of wine bottles. It’s on the east side of the road at a location that is not ideal to pull over.

Other locales on the Tropic of Cancer are the Bahamas, Egypt, Saudi Arabia, India, and China. It does not go through the United States.