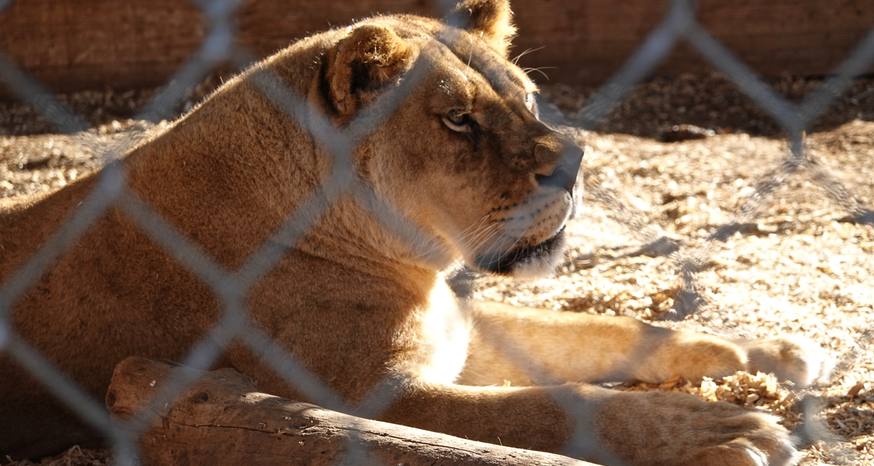 Wild animals not in the wild are where most people get to see these magnificent creatures.

It is through facilities like the Barry Kirshner Wildlife Sanctuary in Oroville where people can be only a few feet from an array of big cats and other animals that aren’t even found on this continent.

The nonprofit that was founded in 1994 says this on its website, “Equal parts wildlife sanctuary, educational park, and research center, the sanctuary is home to a remarkable assortment of non-releasable wild and exotic animals, many of them endangered species. Each animal is housed in an enclosure that far exceeds state and federal regulations.” 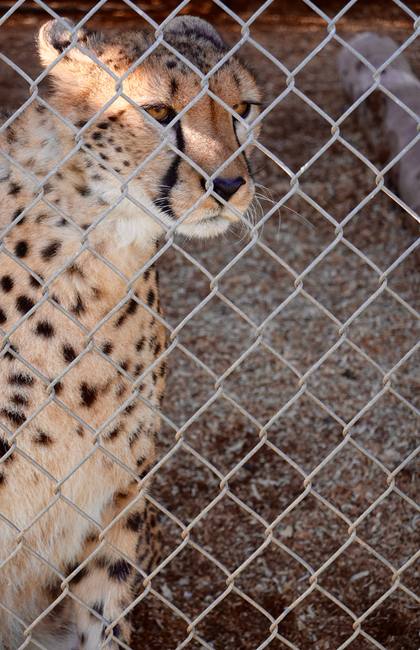 This African cheetah has sight and front leg issues that will keep it captive. (Image: Kathryn Reed)

Some of the animals at the facility include Bengal tiger, snow leopard, African lion, black-tailed deer, macaws, gray wolf (she was illegally owned and was with 240 animals before coming to the sanctuary), white-nosed coatimundi, red fox, clouded leopard, ring-tailed lemur, ocelot, bobcat, fishing cat, and serval.

Another interesting animal at the sanctuary is the tiliger, which is a cross between a male tiger and a female liger. The sign on her cage says, “She came to us for animal behavior and nutrition research.”

It can be difficult to see these animals behind cages in what seems too small of a space. It’s hard to know if this life is better than no life. If only they could talk.

The sanctuary, though, strives to provide the animals with a positive quality of life, including daily exercise and healthy meals.

While we were there many were being fed by volunteers, and having their dens cleaned of feces. The animals certainly looked healthy. 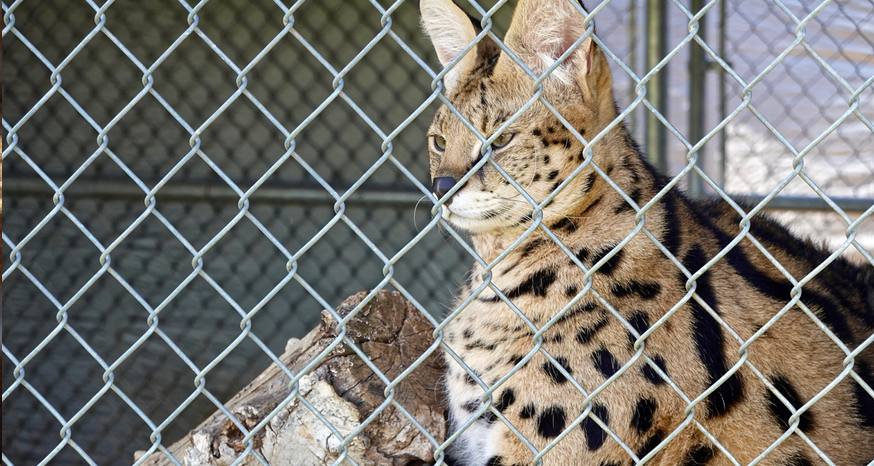 Servals have the longest legs and largest ears of any feline compared to body size. (Image: Kathryn Reed)