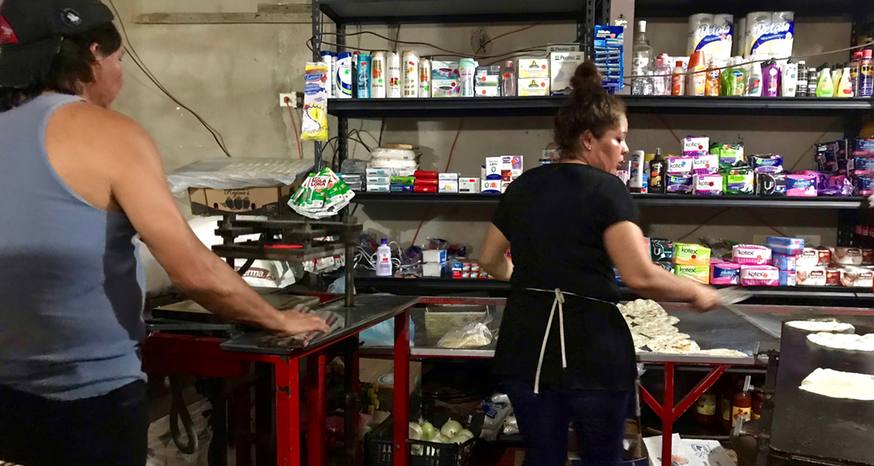 Harina was one of the first words I learned when I moved to Todos Santos. Then I became a bit of an addict. I’ve always liked flour tortillas, but it was moving to Mexico that made me realize I had a problem.

I think I could live off flour tortillas. Not the ones you get in stores in the United States, but the ones that are freshly made at tortillerias in Mexico. They are so light. Right out of the fridge, heated over a gas flame, nuked in the microwave—all good options. Plain, with a little hot sauce, melted butter, of course cheese—more good choices. They could be a snack or filled with something more substantive for a meal. They can be eaten at all times of the day, after all a breakfast burrito is a great way to start the morning.

Most restaurants in Baja offer maíz (corn) and harina (flour) tortillas with various meals. They come in a stack in a warmer; sometimes for the individual, sometimes for the table to share. I would eat them plain, or wrap whatever my main meal was in them, or dip them in the beans. Seldom would any be uneaten. When taking food home, I was sure to put any leftover tortillas in the to-go container.

What makes tortillas so much better in Mexico is how few ingredients are used and how fresh they are. No preservatives are added, which means they need to be consumed rather quickly. Not a problem. 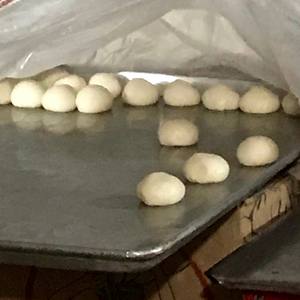 Balls of dough ready to be flattened into the shape of a tortilla. (Image: Kathryn Reed)

I’ve always been a fan of flour tortillas, though I’ll eat corn if that’s all there is. My favorite place for flour tortillas in Todos Santos is California Star. It’s a non-descript tiny market that had my sister not introduced me to I’m not sure how long it would have taken me to pop in there. It’s a must stop for her when she first gets to town. The roof has rebar coming out in case they ever want to add another story. A dog often paces up there, barking at those below. I’m always amazed it doesn’t jump down because there is no barrier to keep it from doing so.

The tortillas are made behind the counter, with the operation going on during business hours. The balls, which look like a perfect ice cream scoop, are placed on a flattening device that makes impeccable 6-inch circles. From there the worker tosses them onto a hot griddle, where another employee flips them over before placing them onto a cooling table. They are sealed in plastic bags and sold for 30 pesos ($1.38) for 10.

Plenty of stores in Baja sell tortillas. But if you can, buy them from a tortillerias for the real deal.