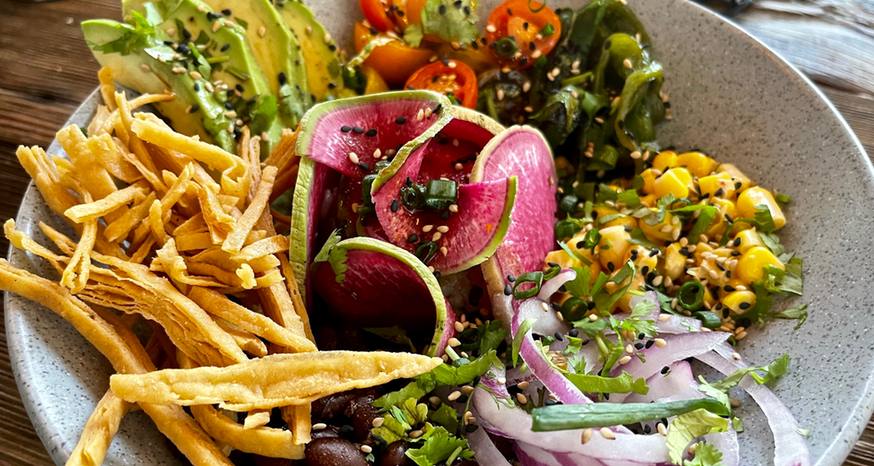 Food. It’s one of the main reasons to visit Todos Santos.

Friends in the U.S. have a hint of jealousy in their voice as they say I must love the Mexican food in Baja California Sur. It’s as though they know what they get at home isn’t authentic. And it’s not. 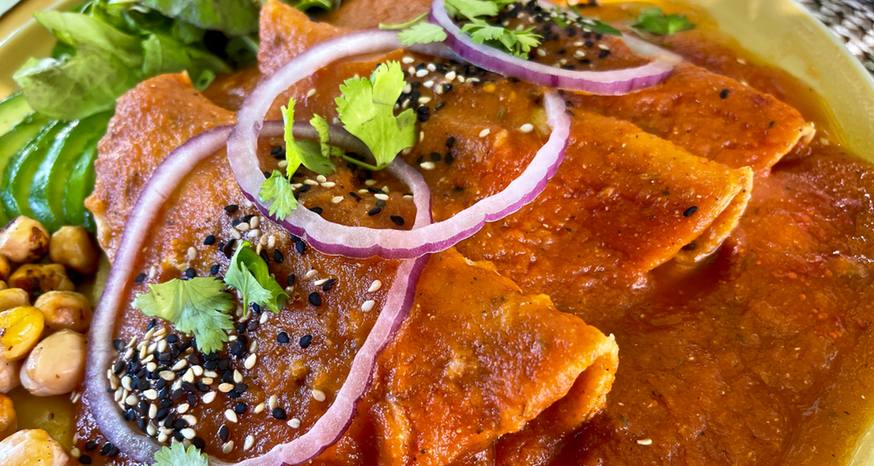 So much Mexican food north of the border is full of gooey cheese as well as covered in heavy sauces. Most plates come with rice and beans. I’m not sure I have ever been served rice in Baja. 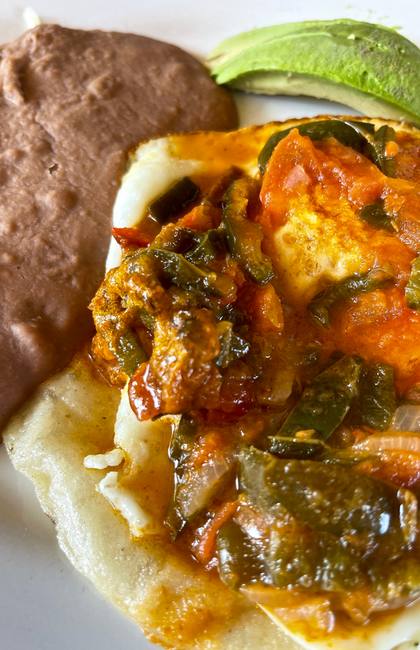 Huevos rancheros at La Esquina in Todos Santos is always a sure bet. (Image: Kathryn Reed)

And the tortillas, well, they alone could be the reason to eat Mexican food while in Baja. I’m partial to flour, though corn ones are available. Light, thin and full of flavor. Not the super chewy ones that are the norm in the U.S. 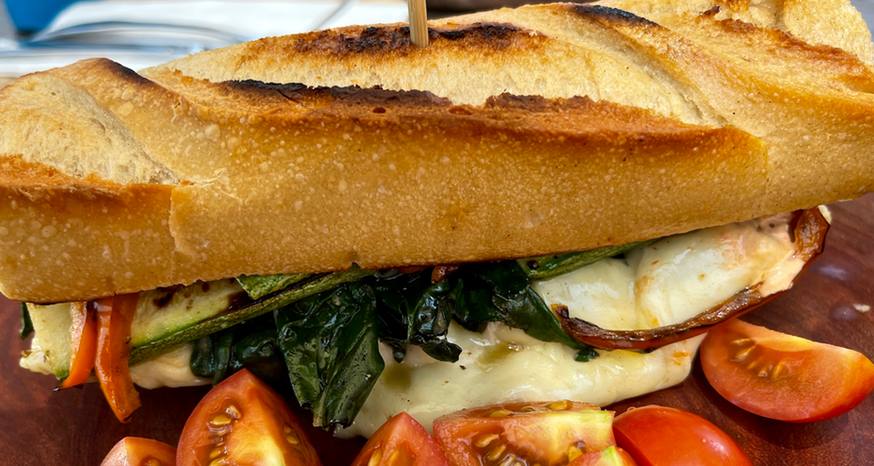 Love cheese? Then this is the sandwich for you at Bleu in Las Tunas. (Image: Kathryn Reed)

As a vegetarian I have not had a problem finding something to eat. While not all of the vegetables used at restaurants are grown locally, many are. This just adds to the freshness and flavor. It doesn’t matter the meal of the day; I haven’t gone hungry when I’m in this magical town north of Cabo San Lucas on the Pacific side of the peninsula. 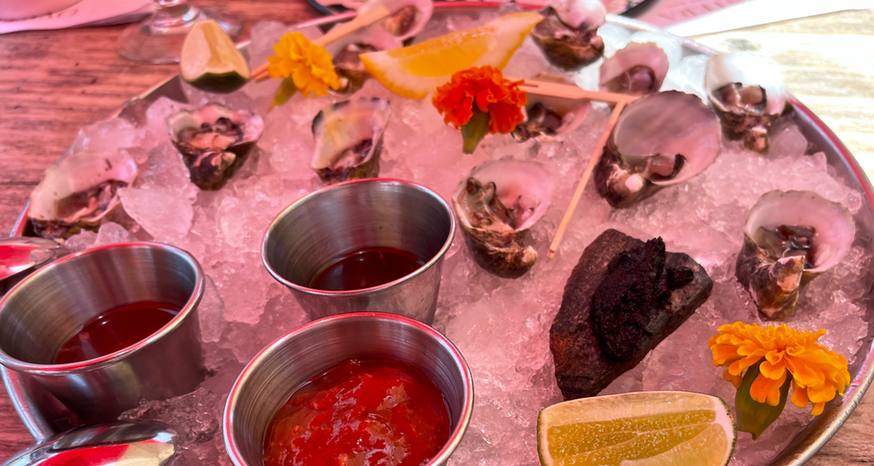 For the three winters I lived in Todos Santos La Esquina was my go-to breakfast place after tennis. Nothing changed when I was back for a visit in June. Huevos rancheros is one of my favorite entrees there. The tomato sauce on top is super tasty. The breakfast burrito is so large I regretted not making it two meals. It was just so good that I could not stop eating. 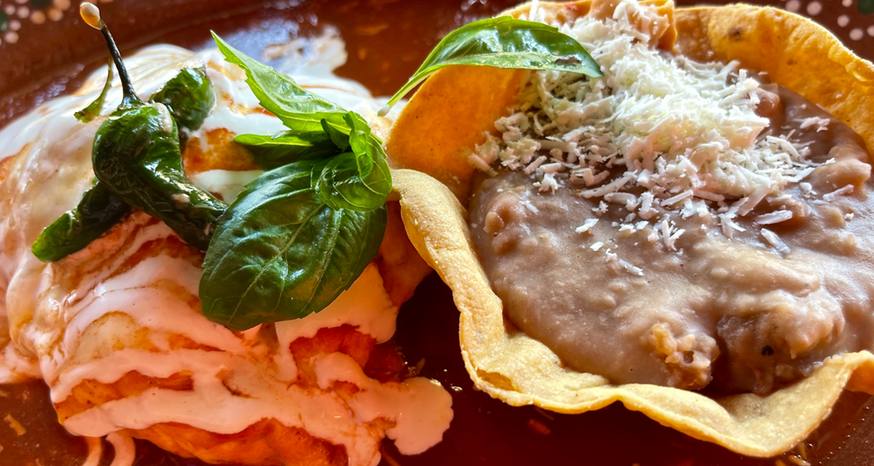 The menu at Santos Pecados is full of Mexican cuisine. (Image: Kathryn Reed)

But it’s not just the Mexican food I love in Baja Sur, it’s the variety of cuisine that is so wonderfully delectable. After all, people living there don’t want to eat the same thing day after day so variety in restaurant food is as important in Baja as it is anywhere. 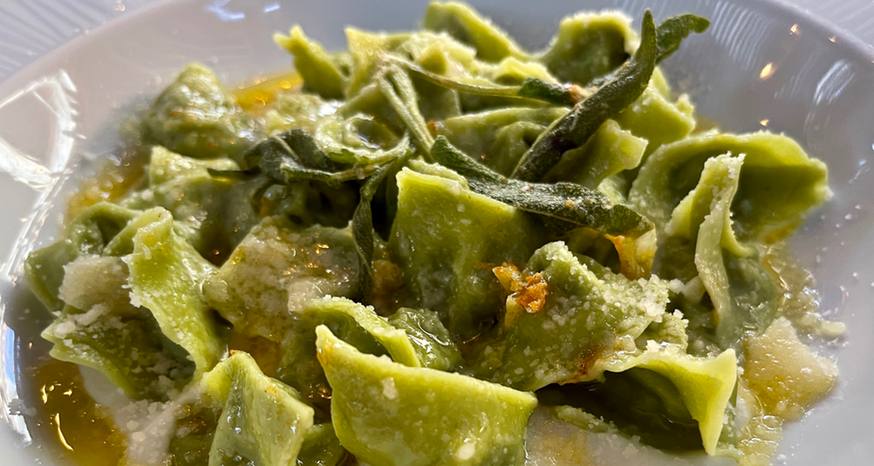 One of the three new places in Todos Santos that I dined at included Oystera. It’s one of the more expensive places too—and looks it. They seem to be catering to the Cabo crowd. I was there twice—both times with people who live Cabo, so the marketing seems to be working. Three items on the menu are for those not into eating anything pulled from the water. 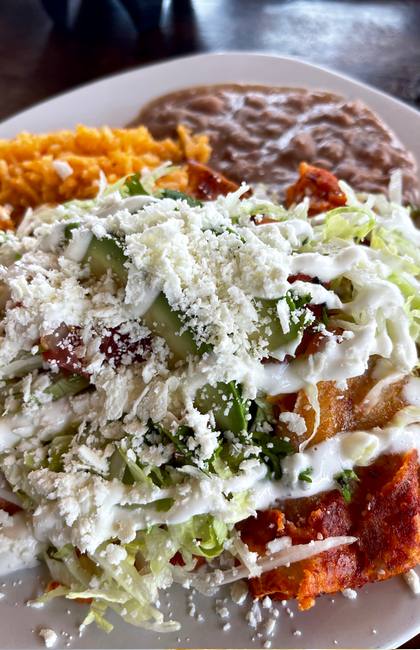 One of my favorite meals was at Poke Loko in the Las Tunas area of Todos Santos. All of the bowls can come without fish. The only disappointment was tofu was not an option as a protein substitute. The service, presentation, and flavor were all outstanding. 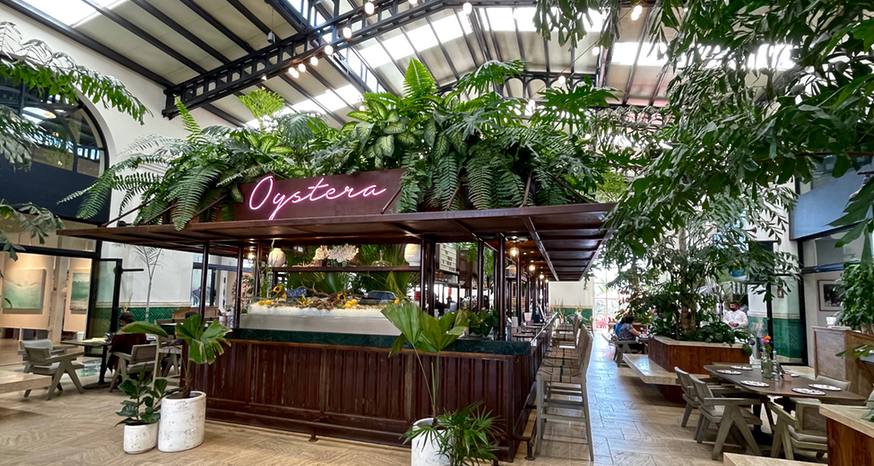 Built at the site of an old sugar cane mill, Oystera in Todos Santos had its one-year anniversary in June. (Image: Kathryn Reed)

While Bleu is now closed for the summer, I made it in for lunch last month. The Monet sandwich was rich and decadent. A soft baguette was full of brie, manchego and Swiss cheeses with grilled spinach, roasted red pepper and zucchini. 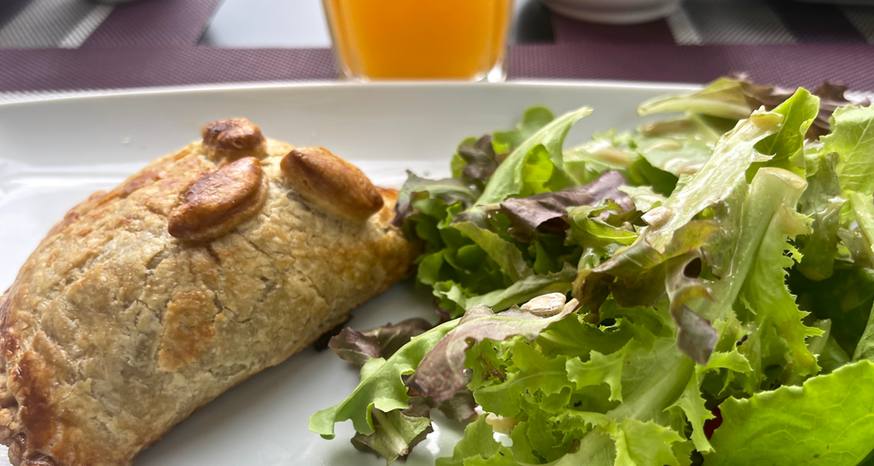 The empanada at Bonjour Madame in Las Tunes is choke full of spinach. (Image: Kathryn Reed)

It was a wonderful treat to eat out so much, dine on delectable foods, to share the meals with so many different friends—and not to be broke when the bill came.