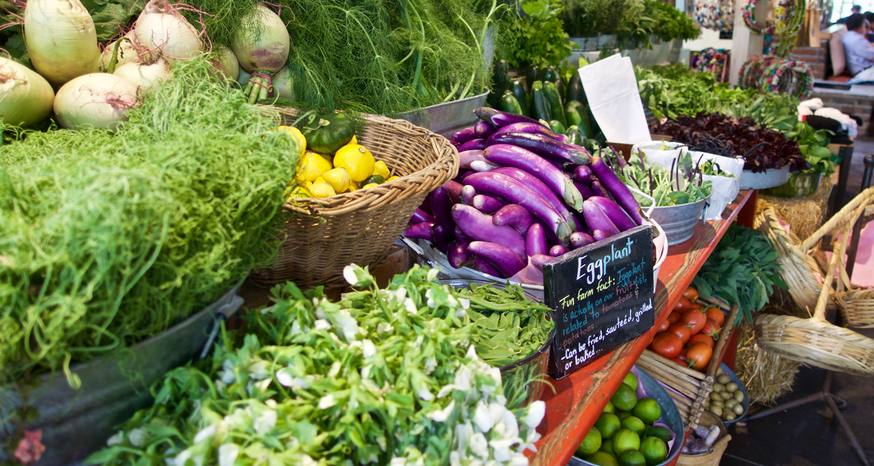 Flora Farms grows the produce used at the restaurant and sold at the store. (Image: Kathryn Reed)

If it had not been located on a dirt road, I’m not sure I would have believed I was in Mexico anymore. That’s what going to Flora Farms is like. I might as well have been in the United States based on the prices and concept.

This 56-acre organic farm in San Jose del Cabo provides food for the restaurant and market on-site, as well as for the homeowners. The grounds are stunning, with bananas dangling off trees in bunches, nopales cacti growing in a line like the other row crops, and herbs ready to be plucked by a sous chef. Guided tours of the garden are available. 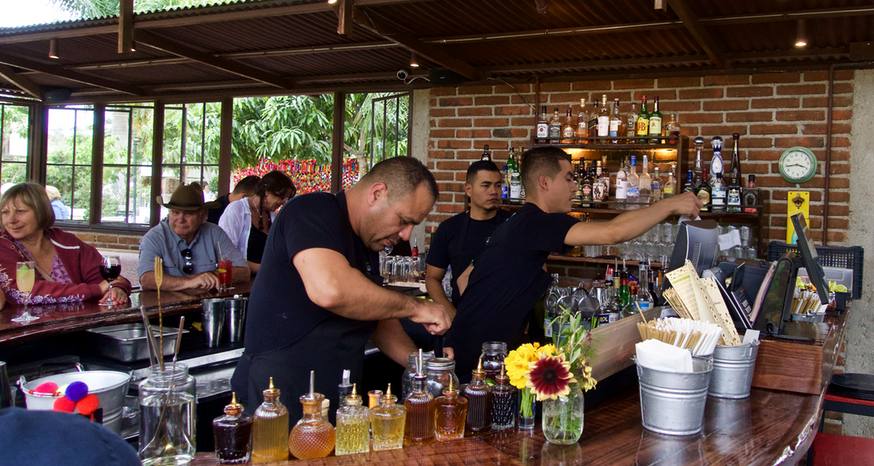 Creative cocktails are available at the bar. (Image: Kathryn Reed)

While I enthusiastically embrace the farm-to-table concept, the feel of Flora Farms was a bit off putting, even though in some ways it is impressive. It felt a bit like a tourist trap. Like a place only visited by white people. Other than workers, only white people were there. This isn’t to say Mexicans with money don’t go there. Money, though, is definitely what you need. The fact everything was in English was telling.

Flora Farms offers cooking classes for the public. This week people could have paid $115 to learn how to prepare roasted vegetable tacos. This included lunch and a cocktail. As a vegetarian, let me tell you this would be a rip off. 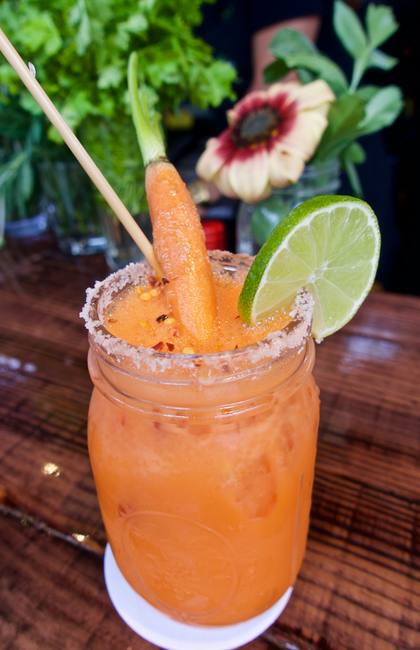 The Farmarita is their version of a margarita. (Image: Kathryn Reed)

A cocktail is all I’ve had at Flora Farms. While my Farmarita was unique (it’s made with heirloom carrot juice), it wasn’t worth $15 (U.S.).

What I didn’t know until going to Flora Farms in January is that people live there. This is from Flora Farm’s website, “The limited remaining inventory is for sale, however is [stet] available only to those who receive a private invitation.” It’s that exclusive. Residents at least have a private pool.

Nopal in the garden at Flora Farms. (Image: Kathryn Reed)

It doesn’t cost money to walk through the grounds, check out the restaurant, bar and little store. It’s a bit of a drive, though. A few stores are in the compound – selling soaps, clothing and other goods. There is also a spa.

Even though I didn’t eat there, I’m still wondering what all the hype is about. I had Airbnb guests rave about Flora Farms, even leaving behind some of the granola and mango jam for me. The granola tasted like any I’ve had from a grocery store and the jam wasn’t as good as what my friend, Jill, makes.