Earthiness of mezcal takes some getting used to 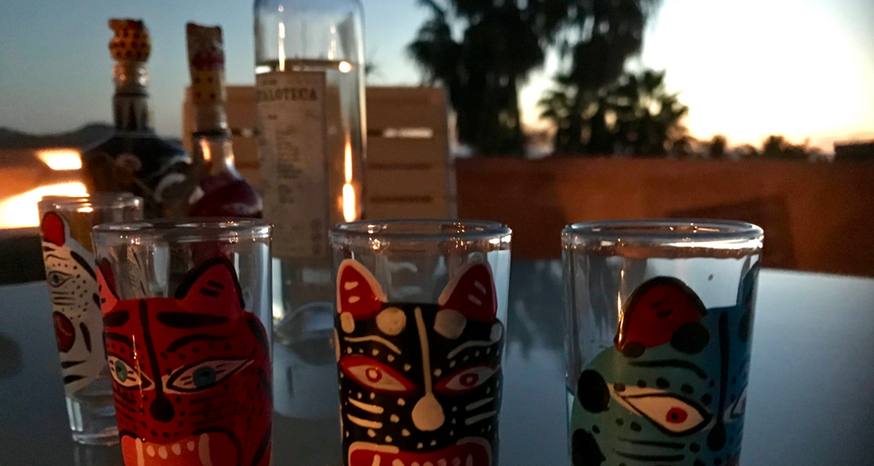 I struggled to understand the description in relation to what I was tasting. Veronica’s palate is much more sophisticated than mine when it comes to mezcal. I’m a newbie, she is more seasoned.

As the student, I listened and learned as my niece educated me about this liquor native to Mexico. She brought several bottles from the mainland to Todos Santos and had more shipped to a mezcaleria in La Paz. We had to sample some while we were in La Paz, tasted even more at El Refugio in Todos Santos, and had a private session at her parents’ home in Baja Sur.

While Mexico is known for tequila, mezcal is also extracted from the agave plant. Its smoky flavor is a dead giveaway this is not tequila.

But there is much more than flavor that distinguishes these two liquors. Tequila is actually a type of mezcal. It can only be made with blue agave. Of the more than 200 types of agave, about 60 can be used for mezcal. Tequila is produced by steaming the plant, while mezcal is derived by placing the plant in earthen pits and essentially roasting it. 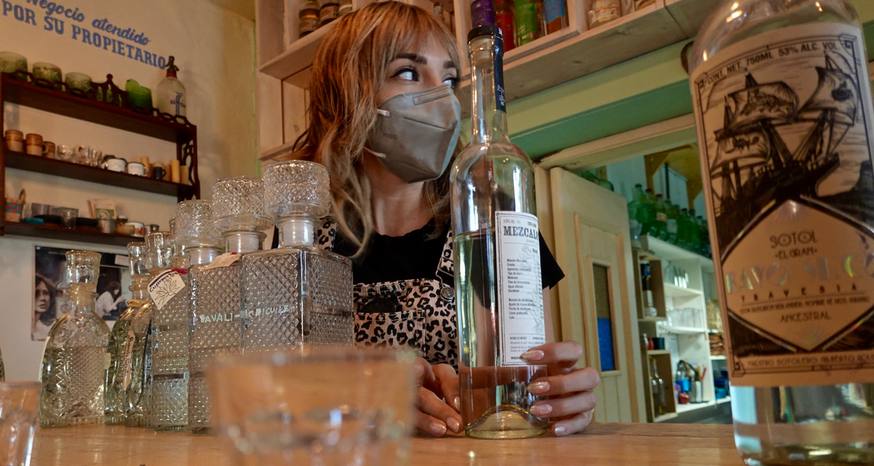 Mezcal has been around for hundreds of years, with natives making it long before the Spanish conquered the country. Even now much of it is handcrafted in small batches.

“To fulfill the growing local and international demand, Mexico’s mezcal production has increased from 1.45 million liters in 2014 to more than 5 million liters in 2018, with an average growth rate of almost 38 percent per year,” according to Statista. “The most produced category is ‘mezcal artesanal’, making up 92 percent of the drink’s production volume. Artisanal mezcal is produced through different traditional methods and its manufacture processes depend on its region of origin.”

It’s not just people in Mexico drinking mezcal. There are 240 brands that are exported. Those exports are growing, with 2.8 million liters leaving the country in 2017, with it increasing to 3.42 million liters in 2018. Most of it—nearly two-thirds—goes to the United States.

Mezcal is often sipped, though it can be used to make a margarita and presumably other drinks. A small slice of orange is often eaten during a tasting to cleanse the palate. 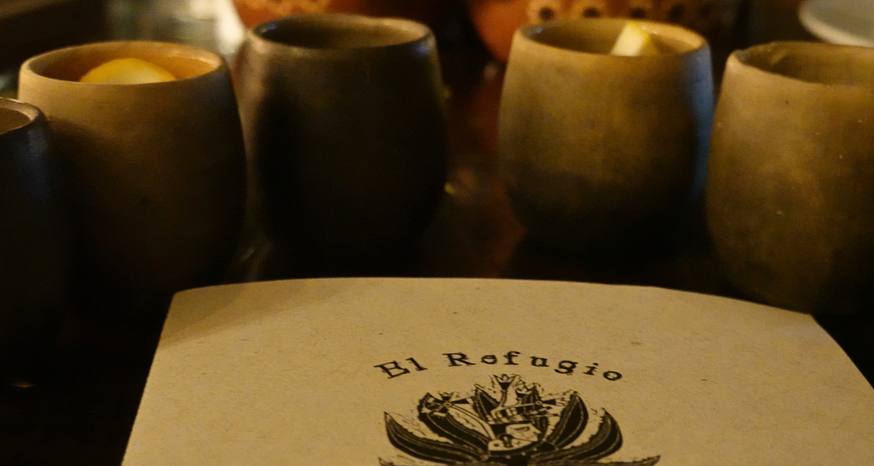 At El Refugio restaurant we paid 750 pesos or about $35 to taste seven mezcals. They were either from Oaxaca or Guerrero. The former is the main state where mezcal is made.

Espadín is one of the entry level mezcals; and one of the more popular varietals. It wasn’t for me. Too stringent. I wanted something smoother, more approachable. I can see, though, why espadín would be good in cocktails. You want to save the good stuff for sipping.

Rachel Glueck with husband Noel Morales owns El Refugio. She leads the tastings, gives a bit of history about them, and explains what people are tasting. At their restaurant she said La Rosa’s papalote mezcal is the most popular. “She makes it with women in mind,” Glueck says. I don’t know what this means, but I like the sentiment and the flavor.

Glueck finds the Oaxacan mezcals to be leaner and the Guerrero ones more full bodied.

Veronica and I tasted four mezcals at La Miserable in La Paz. We were both taken by Mezcaloteca’s bicuixe. So much so we decided to buy a bottle to split before asking how much it cost. We were both shocked that it is about $100—that’s U.S. I don’t spend that much on wine; a beverage I regularly consume. What the heck we both say, and out came our credit cards. After all, the contents would last a lot longer than any wine bottle.

It’s later at our private tasting where I imbibe mezcal from La Fiera. Oddly, this vegetarian liked the pechuga best; even more so than the expensive bottle. Pechuga translates to breast. This is because a raw chicken (sometimes a turkey) is involved in the process.

While I’m sure mezcal won’t be my go-to drink of choice any time soon, I’m still interested in trying more, learning more and hoping one day to see the making of mezcal in person on the mainland.