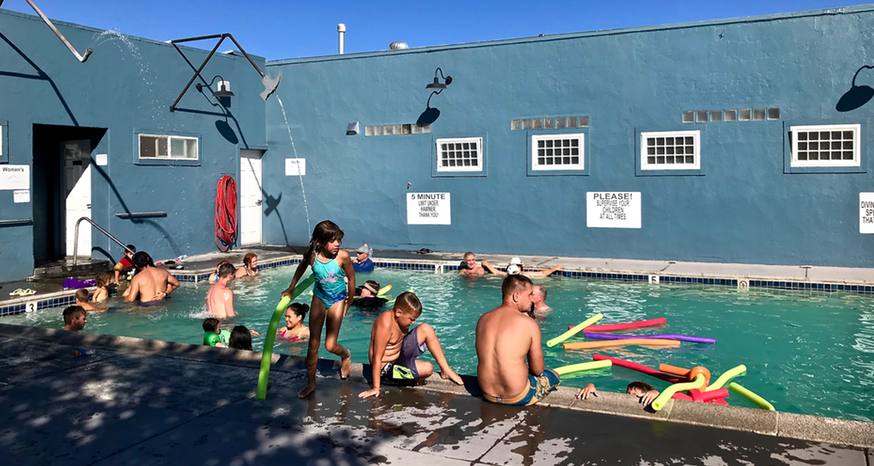 Beer, burgers and hot water all in one stop.

This is what one finds on Old Hot Springs Road in Carson City – Shoe Tree Brewing Co., Sassafras and Carson Hot Springs. One Saturday in September we enjoyed what the three distinct businesses had to offer.

With such an array of beer choices, Sue and I opted for two rounds of tasters. A flight of four is $12; each being 5 ounces. We indulged in the Muscle Powered Pale Ale, High Desert Brown, Coco Burrito, Wicked Shifty, Brunswick Blonde Ale, Atomic Ale, Shoehorn, and Ash Canyon Amber Ale. My favorite was the High Desert Brown. The brewery describes it as “notes of coffee, roasty & toasty.” 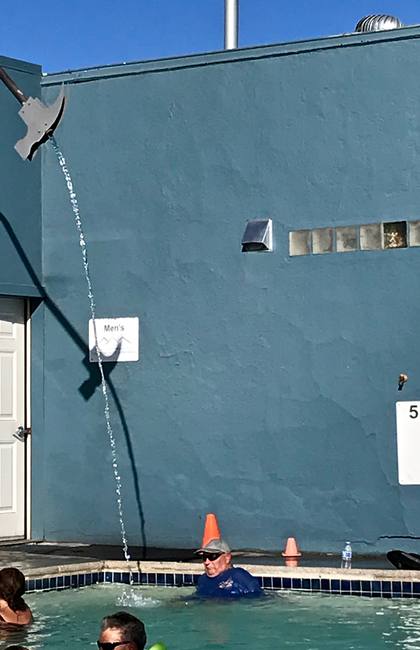 The Hammer is so popular that there is a 5-minute time limit to use it. (Image: Kathryn Reed)

Brothers Paul and Jeff Young opened the brewery in March 2017. According to their website, “The brew system is a 7 barrel (217 gallons) brew house with a four fermenter farm able to produce 600 barrels (13,950 gallons) of finished beer annually.”

While food isn’t served at the brewery, plenty of choices are available next door at Sassafras Eclectic Food Joint. If they aren’t too busy, they will deliver food to the brewery. We shared a burger and roasted beet salad – perfect amount of food, and great quality.

With so many beers on the table, it was hard to know what paired best with our lunch. I’m a believer you can never go wrong with a beer and burger.

Still, the restaurant isn’t just a burger joint. There are pizzas, grinders, cold deli selections, and specials that range from Cajun Mac & Cheese to Shrimp Tacos to Salmon Sriracha. It is definitely eclectic.

Sassafras has its own beer menu and has a full bar. With plenty of seating, it is a destination in its own right. 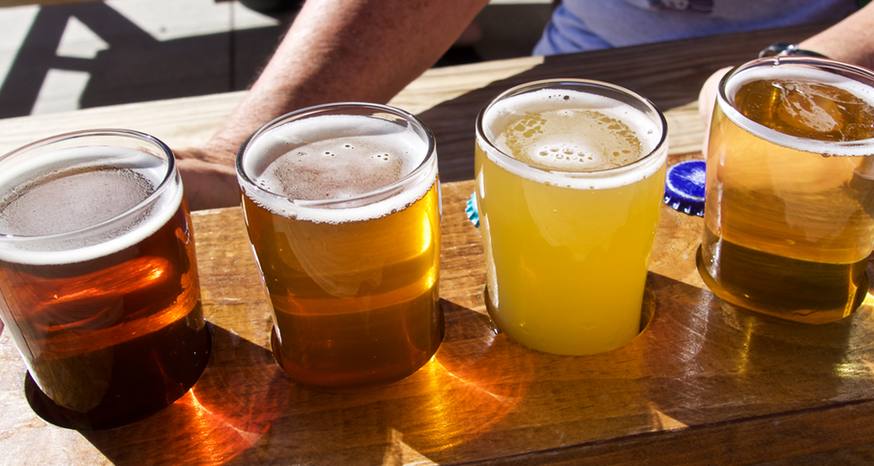 Shoe Tree Brewing Co. has a range of beer to choose from. (Image: Kathryn Reed)

Next door are the hot springs. The Washoe Indians were using these waters in the 1800s as an undeveloped site. It was in 1880 that Thomas Swift bought the area and added amenities like a clubhouse. It has been known as Carson Hot Springs since 1910. New owners in 1999 added two Jacuzzi tubs, though they were not operational when we were there.

“Natural mineral water flows out of the ground at 121 degrees. Air spray and evaporative cooling are used to lower this water temperature when pools are drained and refilled during each day. No chemical or city water is added,” according to the hot springs’ website.

The main soaking area looks like a normal, rectangular pool. The difference is there is no chlorine and two overhead spigots are regularly delivering hot water. One is so powerful it is aptly named The Hammer. It’s an intense massage of sorts.

An added convenience is the springs provide noodles as flotation devices, which is nice since the depth goes to 6½ feet. The shallow area is where most people were hanging out.

While we enjoyed all three businesses at this location, each is worth a visit without the others.