Even grocery store mushrooms are magical

I’m not sure I’ve ever met a mushroom I didn’t like.

They rank up there as one of my favorite “vegetables”. I put quotes around vegetables because mushrooms are really part of the fungi world, though many put them in the vegetable category at least in a grocery store. 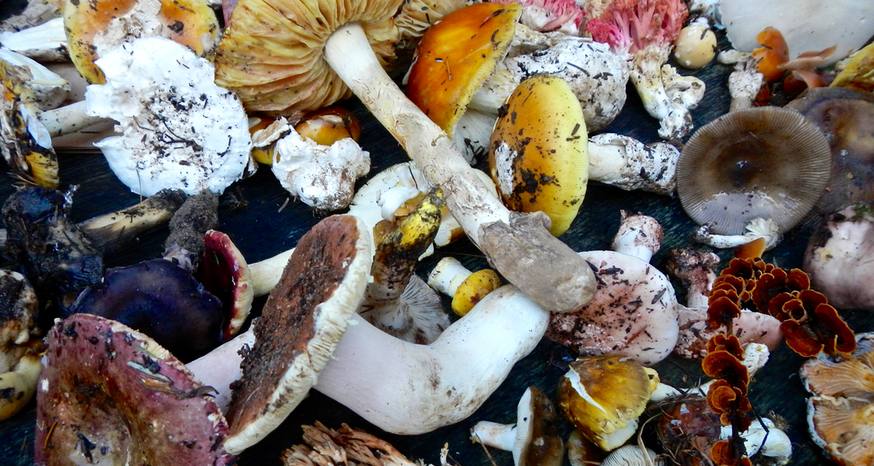 A variety of mushrooms can be found in the wild, but only eat them if you know what you are doing. (Image: Kathryn Reed)

All mushrooms are fungi, but not all fungi are mushrooms.

Mushrooms are so incredibly versatile. With so many varieties, they can be used in a multitude of ways. They are good by themselves, as an entrée, side dish, a small part of a bigger dish, in soups, as a pizza topping, you name it.

Not only are they tasty, but they are good for you. They are high in protein, have vitamins B and C, calcium, potassium and zinc.

They are such a wonderful specimen that Oct. 15 has been deemed National Mushroom Day. After all, there are more than 10,000 known types of mushrooms in the world.

According to GroCycle, the most popular mushrooms are: button, cremini, Portobello, oyster, and king oyster. This is probably because these are what most people see in their grocery store.

I don’t know when my infatuation with mushrooms began. Sometime as an adult, as a vegetarian. I’m guessing my mom has eaten more mushrooms in the last seven months than she might have had in the last decade. Hopefully, she grows to love them like I do.

I realize not all mushrooms are edible. In fact, some are deadly if consumed.

But there are some that are easy to pluck from the ground if you know where to look. While California still smolders from fires started this summer, this could be a good thing for those who like morel mushrooms. They are often found in areas that have recently burned. At least I found this to be true in Tahoe. I’m hoping to see next spring if any sprout up near areas that burned in the Dixie Fire.