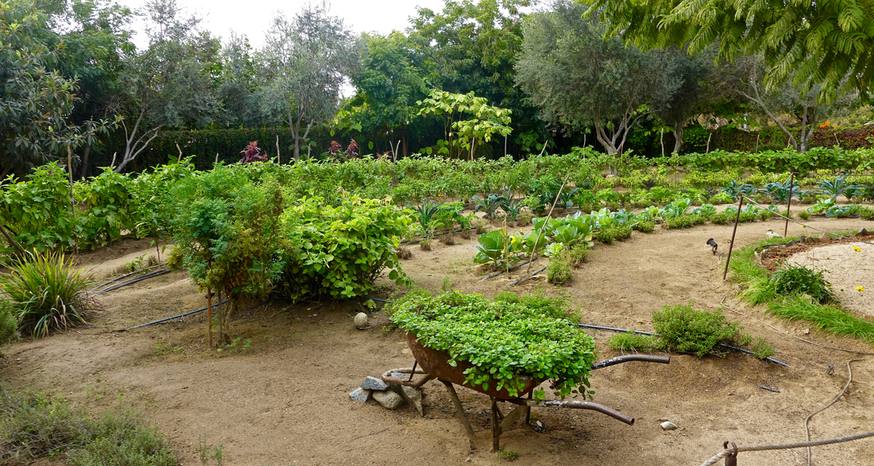 Hierbabuena garden at the front of the restaurant. (Image: Kathryn Reed)

Walking through the garden one hopes that what comes out of the kitchen will be as fresh as any meal can be.

The farm to table concept is one I’ve always enjoy, though this can happen without a garden on site. It’s all about where the ingredients are sourced.

The limited size of the garden means much of the produce that Hierbabuena restaurant in Pescadero uses comes from elsewhere. How much of what is grown on site is used in the kitchen compared to how much comes from the surrounding community or beyond isn’t something owner Marcos Ramirez would answer. Nor would he say where the meats come from.

Consistency in the quality of food and service can make or break a restaurant. The service at Hierbabuena has always been spot on, even when I was last there in January. The food, well, it was not as good as it once was. And that’s not just my opinion, but a shared consensus from a few others who have eaten there in the last few months. 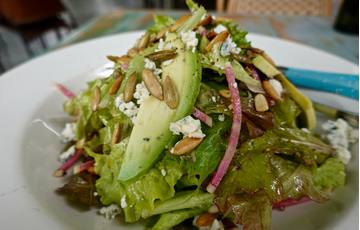 One of the problems is the menu has not changed in the three years I have been going there. It doesn’t even change seasonally. This means the chef is not always using ingredients that are in season. Ramirez didn’t want to address that issue either.

“We most value the principles of my mom’s generation. Uncomplicated, fresh, healthy eating from the source without processing and manipulation. We look to traditional recipes as the basis for our dishes. Our kitchen strives to represent our region, tradition, and freshness,” Ramirez said.

Those are good goals, but they aren’t being achieved.

Ramirez opened the restaurant in July 2013.

“We are true believers in that we are what we eat. Our motto is ‘grow it, plate it, eat it.’ Without manipulation, we encourage the freshness and flavors of our garden to shine through. The simple preparation of our produce, along with regional and traditional products allows our food to portray its own flavor,” Ramirez said. 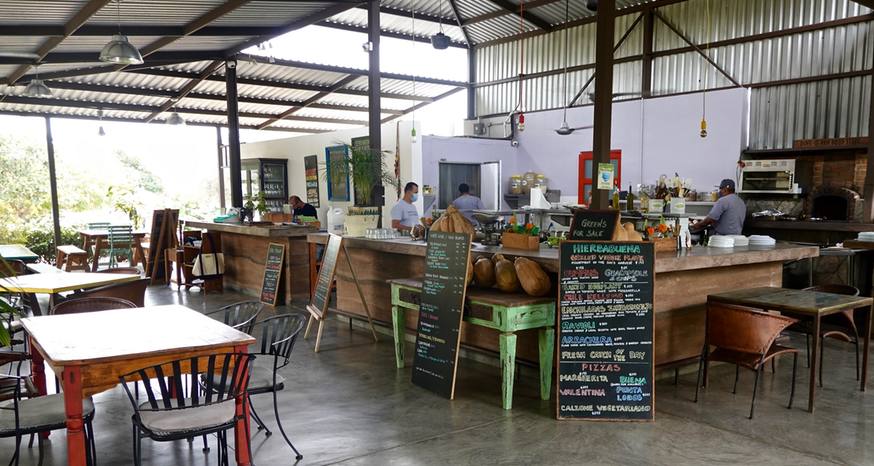 The restaurant is open and airy, making it safe during a pandemic. (Image: Kathryn Reed)

The house salad (mixed lettuces, avocado, radish, pumpkin seeds, red onion, blue cheese and mustard dressing (180 pesos or $9) was good, but nothing sensational. An exceptional salad is one that tastes better than anything I can make. Plenty exist, trust me.

We each had the ravioli (roasted carrot and local ricotta with basil pesto sauce—360 pesos or $18). The carrots in Baja Sur have so much flavor it’s like they are candy. This did not come through in the ravioli. Plus, it wasn’t cooked all the way through so the cheese had not melted. The pesto was average at best.

This is one of the pricier restaurants I’ve been to in Baja Sur—especially for lunch. I seldom spend that much. I won’t again. Too many other good places to go.