Limes Make The Difference In Margaritas 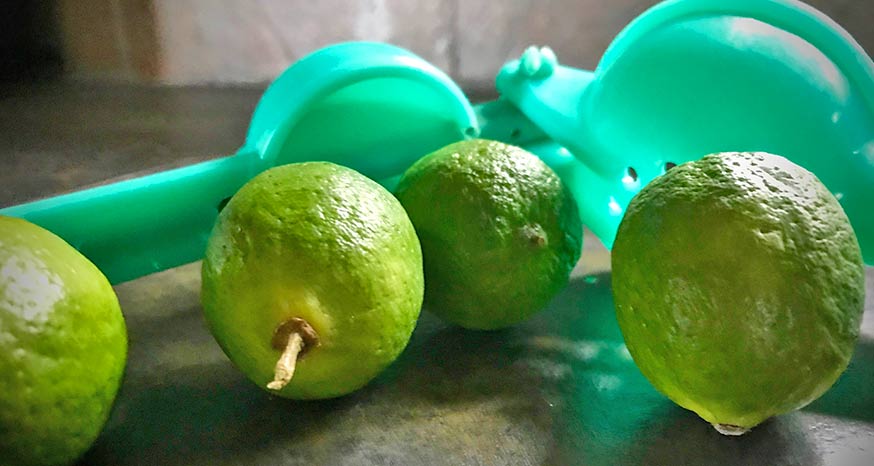 A squeezer is an essential tool for limes and lemons. (Image: Kathryn Reed)

I don’t know how I have lived so many years without a lime squeezer. Granted, limes were not a big part of my culinary world until moving to Mexico. Now I can’t imagine a margarita without that little green fruit; nor can I imagine a week without making one.

Fresh limes are the key ingredient to a good margarita, even more so than the tequila. (I’m sure some will argue that tequila matters more.) For the best margs the tiny key limes are the thing to use. They are much smaller than most limes found in stores in the U.S. In Baja, key limes are usually all that are available.

The main difference is flavor, which the key limes have so much more of compared to the Persian limes that most people in the United States are used to. It’s not just margaritas these key limes are used for. It’s a go-to fruit in kitchens and bars. Key limes are something I now cook with; a squeeze does wonders for so many dishes.

Key limes have a much thinner rind compared to the larger ones, so I’m not sure how they would do if a recipe needed a little rind.

The hand juicer is perfect for getting all of the contents out – no matter the lime (or lemon). They are made out of different materials, which doesn’t seem to matter. Cut the fruit in half, place the flat side down, press. It’s the only way to squeeze all that yumminess out of the fruit. 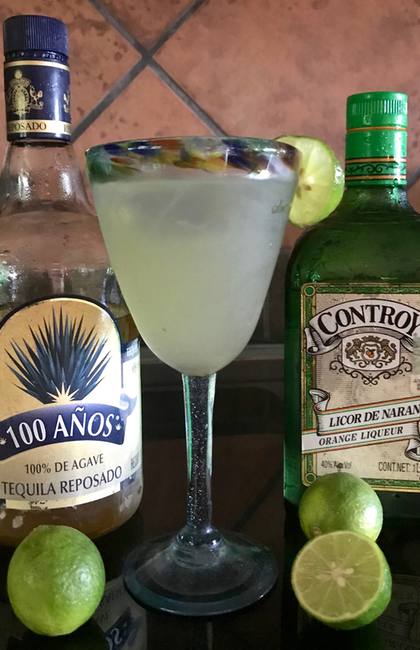 Limes are integral to a delicious margarita. (Image: Kathryn Reed)

An internet search said the first lemon squeezer was invented in 1896 by John Thomas White, with patented improvements made in 1919.

I’m no expert in tequila, so I’m going to let you find your own. I think sipping/doing shots of tequila is when the brand and type (silver, gold, reposado, añejo, extra añejo) matter.

Making mixed drinks is not something I’m super good at. Maybe I was spoiled by having an ex who was a bartender. I’m getting better, at least when it comes to margaritas.

My sister, Jann, introduced me to using simple syrup (boil equal parts water and sugar until dissolved, then refrigerate). This is part of the process of skipping the whole packaged mix concoction. She fills a glass with ice, adds fresh lime juice to the halfway mark, then swirls in tequila (a shot or so), a little less of orange liqueur, and then tops it off with the simple syrup. Stir, taste, adjust as needed, then serve with a slice of lime to make it pretty.

Margarita in Spanish means daisy. The origins are not definitive, but reports say the margarita was born in Mexico in the first half of the 20th century.