COVID-19 is taking its toll on the international coffee market. With cafes and restaurants closing or not operating at full capacity, less coffee is being sold. The trickle down effect means growers are struggling even more.

This is particularly bad for farmers in Mexico. According to the U.S. Department of Agriculture, “Eighty-five percent of coffee producers in Mexico are from indigenous populations, with 95 percent of them considered small producers, with less than 3 hectares.” 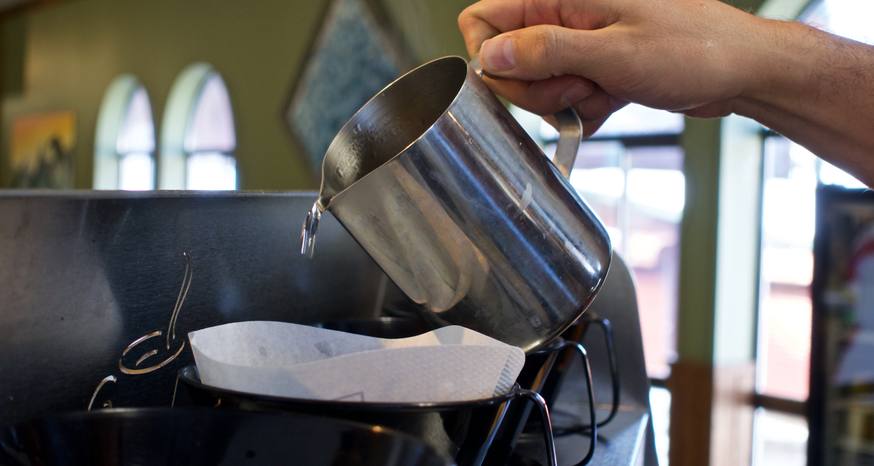 Coffee markets across the world are being hit by the pandemic becasue people are not dining out as often. (Image: Kathryn Reed)

Mexico is the 10th largest coffee producer in the world, with 3.7 million 60-kilogram bags a year. While coffee is grown in 15 states in Mexico, most of the production comes from Chiapas (41 percent), Veracruz (24 percent) and Puebla (15 percent). Predominately its shade-grown Arabica coffee that is in the ground, with Robusta accounting for about 15 percent of the crop, according to the USDA.

In 2018, the value of exported roasted coffee from Mexico was valued $31.1 million (U.S.). The country is one of the largest exporters of organic-certified coffee in the world. Coffee is one of Mexico’s most valuable exported crops, with most of it going north to the United States.

However, the International Coffee Organization (ICO) said shipments from Central America and Mexico declined by 4.9 percent to 8.77 million bags from October 2019 to April 2020. For the most part, this was prepandemic, so numbers are likely to only get worse.

“World coffee consumption is expected to decrease by 0.5 percent to 167.81 million bags as the COVID-19 pandemic continues to put pressure on the global economy and greatly limits out-of-home coffee consumption. As a result, coffee year 2019-20 is seen ending in a surplus of 1.54 million bags,” according to the ICO.

The U.S. Department of Agriculture also has a dim forecast for coffee producing nations because of the current health crisis.

“COVID-19 effects are expected to stunt consumption growth, as restaurants and cafes around the country are closed, stymying government and specialty producer efforts to increase consumption of high-value Mexican coffee that has been gaining increasing popularity in urban cafes,” the USDA said.

Coffee has been a part of Mexican culture since it was first brought to the country in the 1700s by Europeans.

Even in Mexico, Starbucks is the king of the coffee shop market. There are 10 locations in Baja California Sur. In 2019, Starbucks had 50 percent of the market, followed by Café Punta de Cielo (11.6 percent) and Italian Coffee (10.6 percent).