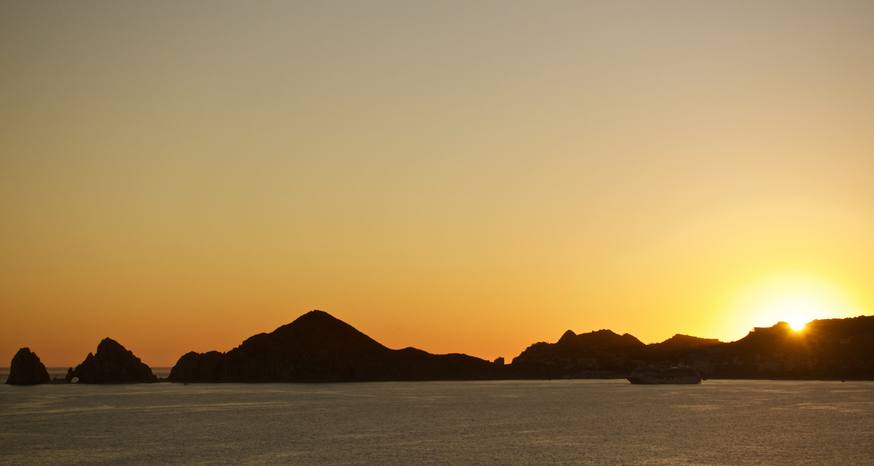 The sunset from The Rooftop in Cabo San Lucas is stunning. (Image: Kathryn Reed)

Sometimes you have to splurge. That’s what going to The Rooftop in Cabo San Lucas was all about. Oh, and the view.

It’s the iconic arch that Cabo is known for that is the big draw. The rugged rocks protrude from the coast like a border of sorts. Which they are. At the point is where the Sea of Cortez and Pacific Ocean meet. It’s magical to watch the sunset from here as that big globe settles behind the mountains of rocks. Soon the lights of Cabo begin to twinkle and the whole area looks more like a little city than a beach oasis.

The outside bar overlooks the Sea of Cortez, which at times can look more like the Pacific at this location. Waves were big enough people were surfing below.

In 2018, Condé Nast Traveler named The Rooftop one of the 10 best rooftop bars in the world. It sits on the sixth floor, which is the top floor, of The Cape hotel. The hotel opened in summer 2015. 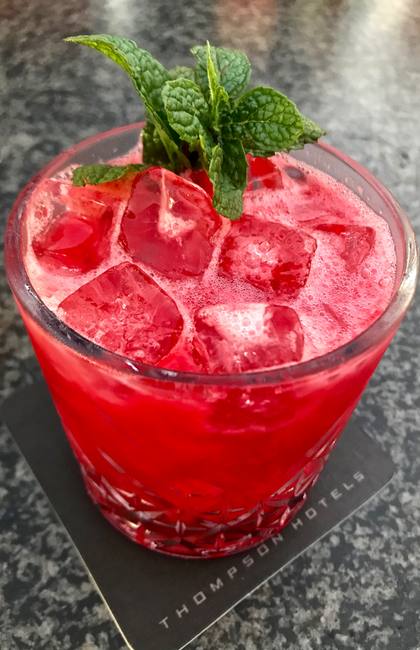 The Sixth Floor is one of several specialty cocktails on the drink menu. (Image: Kathryn Reed)

The vibe is young and hip; we definitely were in the minority that night with our group of six ranging in age from 50s to 80s. It didn’t stop us from enjoying the people watching as well as the natural scenery.

A disc jockey was spinning tunes at a level that allowed for conversations. Mixologists were working their magic in a circular bar about a third of the way in from the front entrance. Walking in there is a Champagne station with multiple choices; all served by the glass.

Various seating areas line the perimeter, with Plexiglas in place to not obstruct the expansive views. Farther back are cushy seats that open to the hills behind town. It’s designed so nearly everyone has a view.

The bill came to $133 for six cocktails and four bottles of water. Specialty cocktails come with a price like one would find in the U.S., ranging from $13 to $17. Even so, based on flavor I can recommend the Sixth Floor ($16) – whiskey, yuzu, lemon, mint and raspberry syrup. 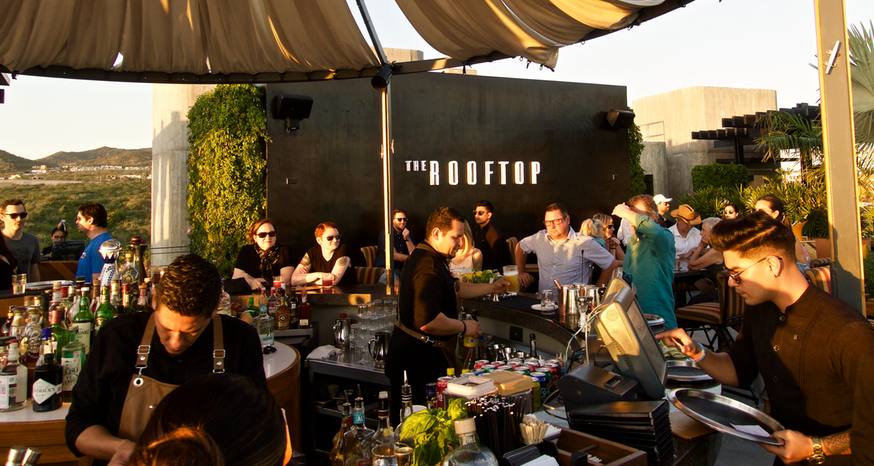 Reservations are encouraged if you want to eat or be guaranteed a table. (Image: Kathryn Reed)