Refusing to consume wild mushrooms growing out back 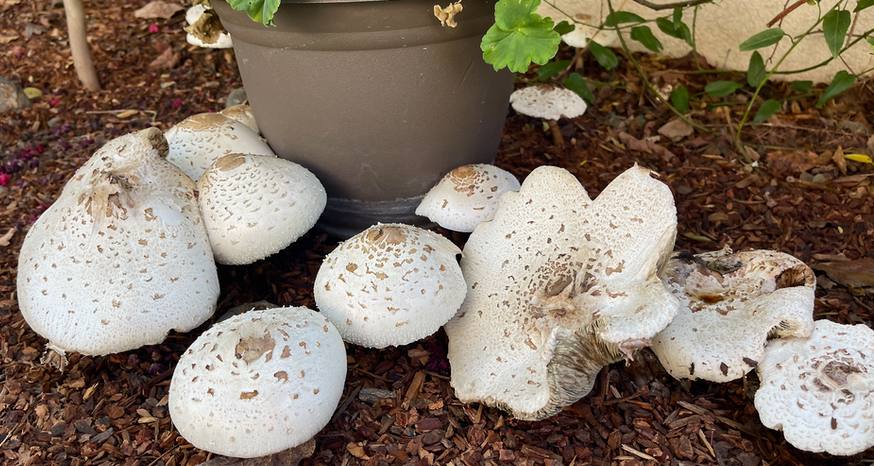 A group of Chlorophyllum molybdites grow in a back yard in Chico. (Image: Kathryn Reed)

You know it’s not a keeper when the nickname is vomiter.

I love mushrooms, but these ones ended up in the green waste bin.

The iSeek app says this about the larger cluster of fungi that was out back: “Chlorophyllum molybdites, which has the common names of false parasol, green-spored parasol and vomiter, is a widespread mushroom. Highly poisonous and producing severe gastrointestinal symptoms of vomiting and diarrhea, it is commonly confused with the shaggy parasol or shaggy mane, and is the most commonly consumed poisonous mushroom in North America.”

After reading this, mom used disposable gloves to rid the yard of these fungi so she wouldn’t have any poisonous residue on her hands or regular gardening gloves (Mom’s the gardener—by choice. That’s why the yards look so nice.)

These fungi were pretty in some ways; this mostly had to do with them growing in a cluster. Pictures don’t do them justice because in some ways they looked like the top of a regular button mushroom—only much larger. Many were wide, as though the top were a parasol. 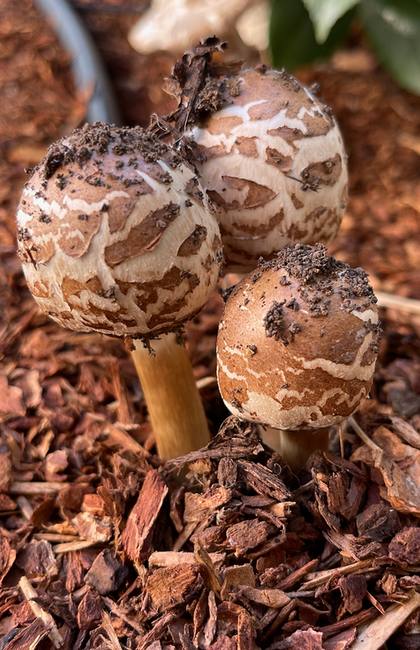 Growing nearby these vomit-inducing shrooms were a cluster of shaggy parasols (chlorophyllum brunneum), according to iSeek. They looked more like stunted lollipops and were brown in color.

Looking at these two types of mushrooms it would be hard to believe anyone would think they were the same. That’s why I wonder if the app got one of them wrong since the info on the first one said it can be confused with the second. The two varieties growing in our back yard looked nothing alike.

According to OutThereOutdoors website, “Shaggy parasols are similar in flavor to portabellas but are more concentrated, with a nutty mineral character, making them perfect for classic mushroom dishes from pizza to pasta to stroganoff.”

Even so, I’m not about to eat them.

I would want better confirmation than an app on my phone before cooking with a foreign fungi randomly popping up in my yard.

Now, that has not always been the case. I know what a morel looks like. A few sprouted in my yard in Tahoe, and those were very tasty.