St. Francis Winery worth a stop when in Sonoma Valley 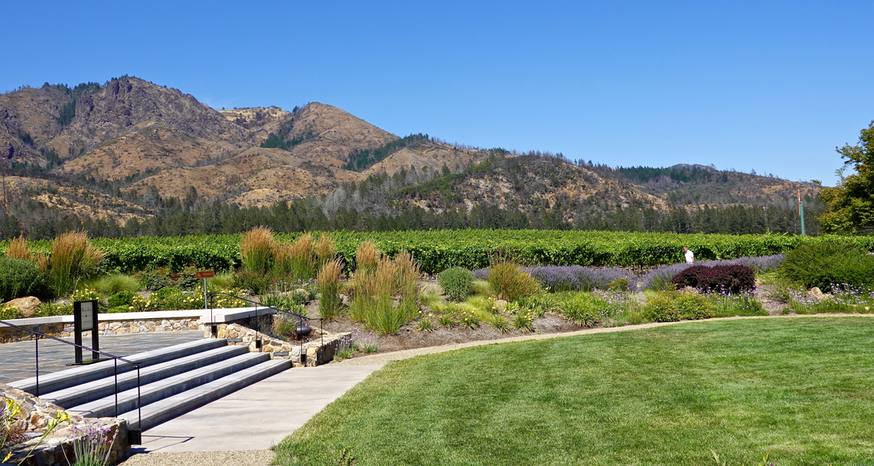 Sipping the Chardonnay in the shade on the patio we were a long stone’s throw from where those grapes had been harvested.

It was serene to imbibe in such a setting—looking at the vineyard that seemed to extend to the base of Hood Mountain. St. Francis Winery & Vineyards (as well as many others) are lucky to be standing. The September 2020 Glass Fire in Sonoma and Napa counties destroyed some prime vineyards, as well actual wineries. The scar on the mountain is a constant reminder of what could have happened to St. Francis.

This year St. Francis is celebrating its 50th anniversary. 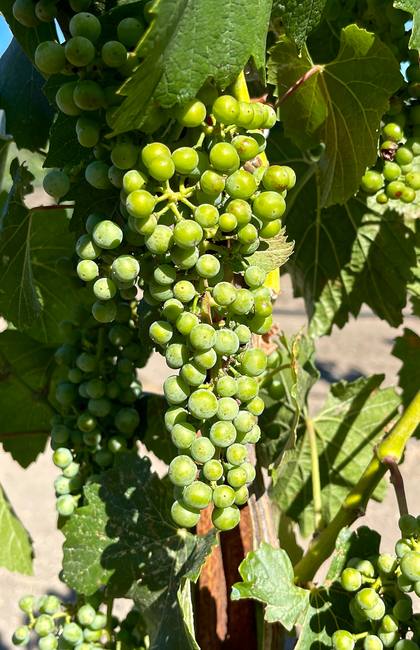 Joe Martin founded the winery in 1971 with 22 acres of Chardonnay and 60 acres of Merlot. These were the first Merlot vines in the Sonoma Valley. The 2015 Merlot harvest was the last from those original vines. Lucky for us, that is what they were pouring on our visit in early July. What came out of the bottle belied the fact that these vines were apparently past their prime.

An advantage to tasting at the winery is that what is poured there is not available in stores, according to the woman filling our glasses.

Today, according to St. Francis’ website, “We farm more than 380 acres of certified sustainable estate vineyards in Sonoma Valley and Russian River Valley, each with varying compositions of loam, clay and volcanic soils. We also nurture long-term relationships with top Sonoma County grape growers, giving the winery access to some of the region’s most coveted old vines Zinfandel and other varietals from acclaimed vineyards.”

The grapes in the 2016 Old Vine Zin from the Giovanetti Vineyard come from a 130-year-old vine. I swear I could taste the earthiness in it. With years spent in El Dorado County, I still believe the Zins from there are superior to what even Sonoma County can produce. This bottle was $48. I was willing to pay that price for the Merlot, but not the Zin. I know I can get better and less expensive Zins on my next trip to Tahoe.

Plus, days later I found a St. Francis 2018 Old Vine Zin (no vineyard named) at Costco for $13.99. It’s in the house to be had later. Maybe I’ll remember what the two we tasted at the winery were like to be able to compare; though I doubt my memory is that good. 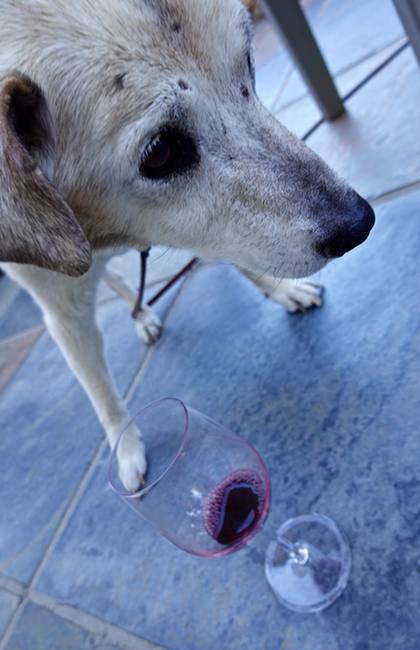 As Sue and I were leaving the winery a bell chimed. It chimes every hour and apparently can be heard throughout the Sonoma Valley. On Sept. 27, 2000, the bell was blessed in the Piazza Della Basilica of St. Francis Assisi, Italy. The 1,000-pound iron bell was cast by the Martinelli Foundry, the oldest foundry in Italy. This is the same foundry that since the 12th century has been making bells for the Vatican.

At the entrance is a statue of St. Francis with a dog. After all, he is the patron saint of animals and ecology. This makes sense then that AJ was allowed to join us for the tasting. She even got her own water bowl with a side of treats.

It was a great experience to not be cramped in an indoor tasting room. St. Francis offers a variety of tastings, including a special one focusing on its golden anniversary. Reservations, of course, are necessary.