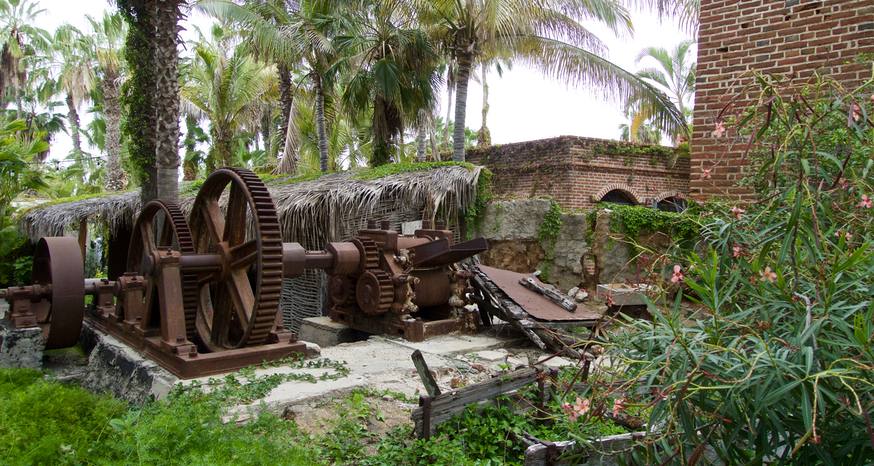 Anyone who has been to Todos Santo will tell you there is something sweet about this pueblo in Baja California Sur. Maybe it has to do with its roots being in the sugar cane business.

In the late 1800s until the 1950s this town was the sugar cane capital of all of Baja. The last mill closed in 1965 or 1974, depends on whose history one believes. Much of the brown sugar was shipped to mainland Mexico. Several mills were scattered about town, with remnants of some still visible.

If it weren’t for a drought, this industry might still be thriving. The aquifer dried up in the early 1950s, causing the sugar cane plantations to wither. Sugar cane is considered a water-thirsty crop; after all, it is classified as a grass. For reasons no one is quite sure about the water table came back to life in 1981 and has remained viable. While many crops are planted in the area today, the sugar business has never been resurrected. 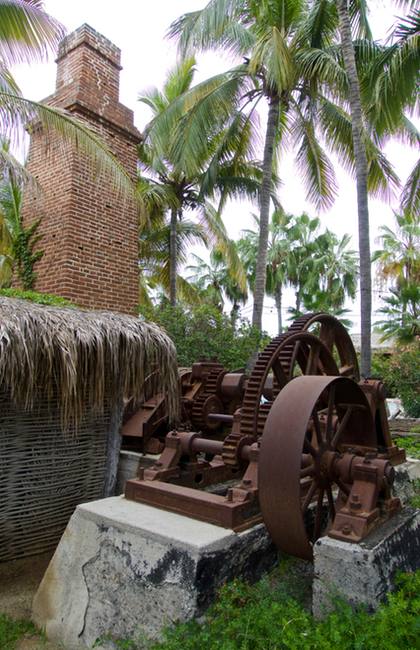 The El Molino chimney is the most intact one left in Todos Santos. (Image: Kathryn Reed)

The exact number of sugar cane mills, or molinos, varies depending what one reads. Information given out during the Historic Home Tour of Todos Santos earlier this year says there were five. They were:

One of the best places to see some of the local sugar cane history is at the old El Progresso site, which today is known as El Molino. The remains are on land used as a small hotel and for residents in a neighborhood that used to be a trailer park. 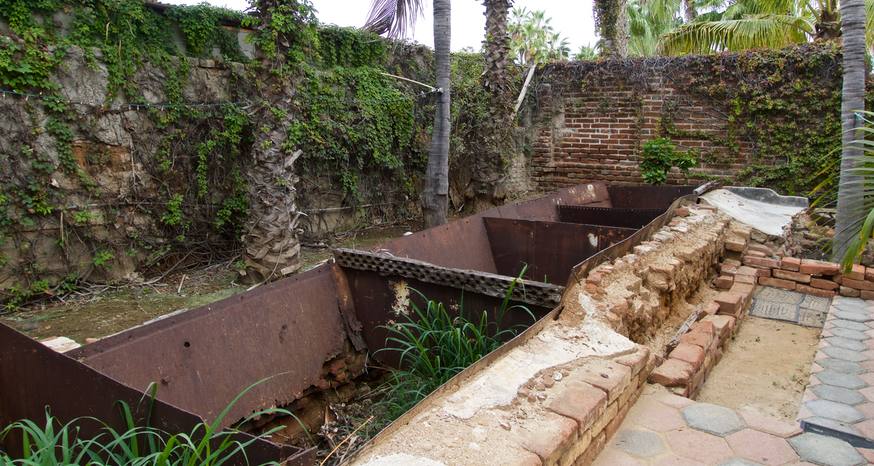 Vats once used in the process to turn cane into sugar. (Image: Kathryn Reed)

A brick chimney from the mill is at least 40 feet tall. It looks in good enough shape that it could be used today. Five vats are rusted, with weeds growing in them. They sit idle, seemingly resting where they were left on the final day they were used.

The El Molino site is part of the biennial Historic Home tour. Docents share information about the history of Todos Santos’ sugar cane heyday, how the cane was turned into sugar, and then shipped from the old port to mainland Mexico.

Sugar cane was brought to the mills in 1 meter increments in a cart. The shoots were sent through a press to squeeze out the juice. That juice was then steamed or smoked to make the brown sugar. Fires were built with debris from the cane. The chimney sucked heat through the vats. The process was much more complex than this.

In the vats that still exist are wood slabs with holes in them about the size of an egg. They would be filled with sugar and shipped in that manner. Some of these traditional brown sugar cones are still available in area stores.