One-time use bottles of beer, wine and soda could be eliminated if Caren McNamara of Truckee has her way.

“We will be the first to market with a refillable bottle,” McNamara, founder and CEO of Conscious Container, said. “Refillable glass bottle when designed as one can have 15 to 25 turns. It really depends on how it is designed. The heavier the bottle the more turns it can take.” 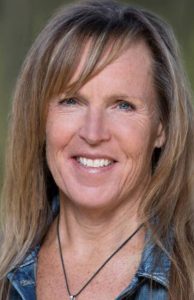 Companies stopped reusing bottles on a large scale basis in the United States in the mid-1900s when consumer preferences changed, making recycling less attractive. Now they are rethinking that business model, knowing that reusable bottles are cost efficient.

The company is wrapping up a three-month pilot program in the North Bay. Conscious Container sold, collected and washed bottles from two brands of Anheuser-Busch beer. Each bottle was stamped “refillable” and had a QR code for tracing.

McNamara plans to open a bottle washing plant in Cloverdale in Sonoma County that likely will cost between $7 million and $10 million. Hundreds of people being paid a livable wage could be employed by Conscious Container. Right now, the company is a team of five people working in Northern California and Northern Nevada.

“We need to be in a location where we have large volumes of bottles. We need millions of bottles through the facility to be profitable,” McNamara explained. Being in the middle of California’s Wine Country ensures there will be a continuous need for bottles. Plus, there are multiple breweries in the region.

Bottles that meet the quality standards will be refilled with product and recirculated an additional time. This includes non-alcoholic beverages.

Her goal is to have an array of businesses that want to use reusable bottles be on board this year, as well as have the bottle collection infrastructure in place. Bottles from 12 ounces to 750 milliliters will be able to be washed at the future facility.

Until Conscious Container gets its wash center operating, which could be in 2022, the company intends to contract with washing plants in Washington and Montana to handle bottles recycled under the program. The company eventually plans to expand not only to other breweries but wineries.

McNamara’s focus now is on attracting capital in order to further the business. Anheuser-Busch funded the latest pilot after Conscious Container ran successful smaller programs in Reno and Truckee.

“Returnable glass is an integral part of our DNA at Anheuser-Busch InBev who currently operates the world’s largest returnable bottle supply chain. This has been going on since we began using glass bottles over 100 years ago,” Angie Slaughter, vice president of sustainability at Anheuser-Busch, said. “In 2018, we launched the 100+ Accelerator program to invest in and grow startups that solve our most pressing sustainability challenges. Over the past two years, we have accelerated 36 startups across 15 different countries. During the nine-month program, we provide mentorship, training and, most importantly, up to $100,000 to pilot within our supply chain to prove the viability of their solution.”

According to the EPA, three-quarters of glass bottles purchased in the United States are not reused in any manner, including being recycled. In 2018, 7.6 million tons of glass containers ended up in a landfill.

“It is our hope that by kicking off this partnership with Conscious Container, we can take the next step in addressing the issue of glass in landfills,” Slaughter said. “Our goal is to have 100% of our packaging to be made from majority recycled content or to be returnable by 2025.” 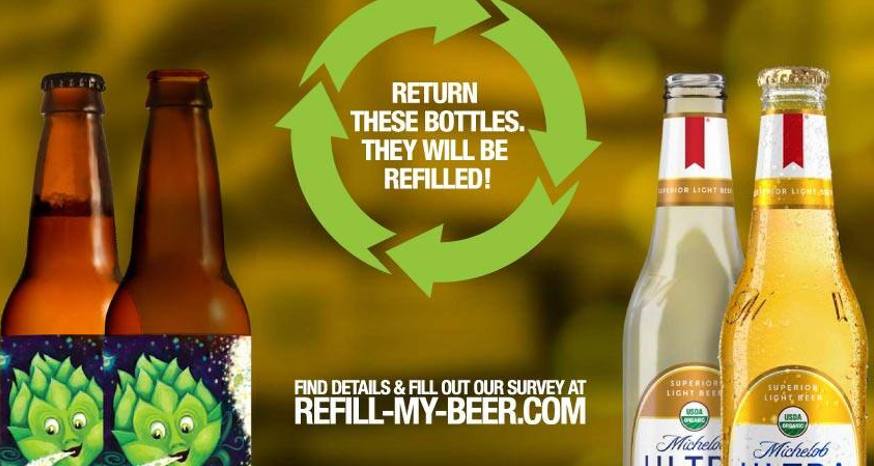 Bottles may be reused in the near future instead of being recycled or ending up in a landfill. (Image: Provided)

McNamara knows her vision is not revolutionary; that reusing bottles is happening other places in the world. She wants it to become the norm again in the United States, and even hopes Conscious Container would become the model for others.

“The infrastructure it the challenge. That is the problem Conscious Container is solving,” the 60-year-old entrepreneur said. “Our business model reflects we can do that profitably and it is scalable because there are multiple infrastructures we can tap into.”

McNamara says when a system like Conscious Container is fully operational, the carbon footprint for a bottle can be reduced by 95%. “Thirty percent of carbon dioxide in one bottle is just in the container alone,” she said. Once the business is fully operational, greenhouse gases will be tracked.