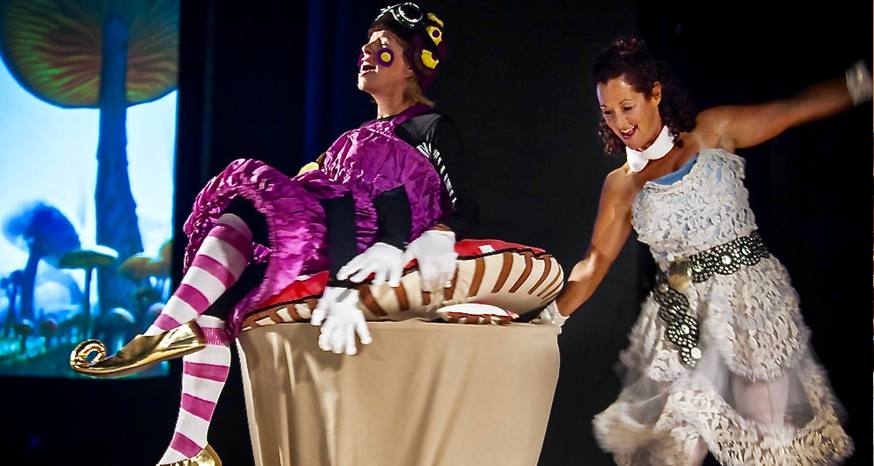 Community theater is wonderful until it isn’t. Reviews about the productions and facility itself are positive. Still, there are those who believe such an enterprise has no business being in a neighborhood.

A group of residents in the Las Tunas area of Todos Santos want to shutdown Teatro Luna Azul. One issue is whether the owners have the proper permits to operate. Noise is a big complaint from many in the area. Then there is additional traffic during performances.

Isabel Smyth and Raul Cavazos opened the 100-seat theater in 2010. Since then the stage has been filled with musicians, actors, drummers, dancers and acrobats. The venue can be booked for weddings, parties and community events. Classes and workshops also take place there.

Smyth believes the noise level is within the parameters of the permit. She said all events end before 10pm.

“We have had the city of La Paz check our sound levels, which we passed. We are a large property, mainly surrounded by fields. Still, we are working on a plan to build sound-mitigating structures to make sure we don’t disturb the neighborhood,” Smyth said.

Attorney John Moreno is representing the neighbors in both lawsuits. One is against the theater owners, the other against the government of La Paz. “I am not authorized to discuss these matters without consent from my client they are as you can imagine confidential and I am bound by law and my oath,” Moreno said.

Smyth, though, was willing to state the theater’s side of the dispute. “We do have permits to operate our business, and always have,” she said. “The city of La Paz was served a lawsuit, which is hundreds of pages long, and very difficult to decipher. The main complaint seems to be that we are a theater, and the city of La Paz should not allow a theater in our location. So they are suing the city for giving us our permit to operate.”

La Paz, being the capital of Baja California Sur, is where the legal action takes place. It is the government officials there who issue many of the permits for various things that take place in Todos Santos. The neighbors believe the former director of Urban Development committed perjury by lying to a federal judge about the permits at the theater. Corruption in the Mexican government is well documented at all levels. Time will tell if it happened in this case.

A significant issue to be resolved is whether the original permits were lawfully issued. The law prohibits the revocation of the right to operate a business that is lawfully permitted. Note the key phrase is “lawfully permitted.” The neighbors contend the permits were not obtained in a legal manner. That is the crux of the lawsuit and why perjury has been alleged.

Still, the theater owners are fighting back, believing they did everything lawfully.

“There have been many secret meetings against us; never once asking us to come to talk and resolve issues if people had them. Not a good way to create community, especially since most of the people are relatively new here,” Smyth said. “We have been here for more than 20 years, and are Mexican citizens. Theater is my art, my work, Luna Azul is also my home. To have it taken from me is beyond devastating to my life.”