An unexpected component to COVID test in Baja Sur

I nearly gagged. I definitely coughed. And kept coughing even after the unwanted object was removed from my mouth.

This was a new take on being tested for COVID-19. When the medical person said “open wide” I’m sure my eyes got big. There was no doubt what he said; it was in English. This procedure was new to me. 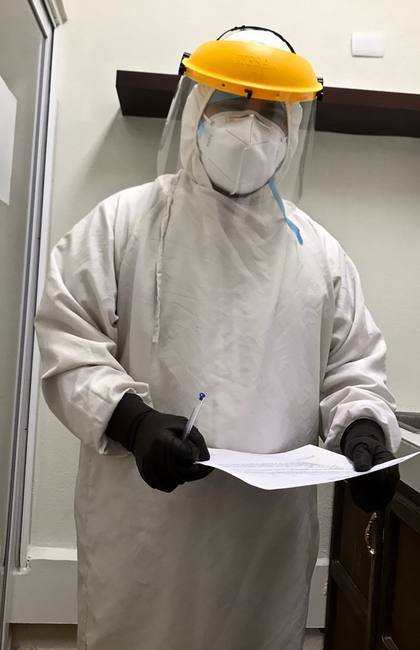 Having had four COVID tests in the United States, this was my first in Mexico. Not only was one nostril swabbed in Todos Santos, so was my throat. Neither is a pleasant sensation, but neither is painful either.

Another big difference was having to pay for the one south of the border. It cost 4,800 pesos, or $240.77. This was at St. Jude’s, a private medical center. I’m lucky, I have the means to pay this. Most people in Mexico don’t. Remember, the minimum wage here is about $6 a day; not an hour, a day.

Reportedly tests are free through Mexico’s public health system. Those in Todos Santos must go to La Paz for a test. The gas to get there can be a financial burden; and that’s assuming they have transportation. Medical care might mean going to Los Cabos. Another potential hardship.

All of the COVID tests I had in South Lake Tahoe were free, picked up by the state of California or my health insurance. The first one I got was mostly out of curiosity—about the test, whether I had it, not because of any symptoms or risky behavior. The second was after I had worked as a tennis coach for a week where none of the kids had to wear a mask and not all of the adults were perfect about it. The third was mandated by the medical facility where I got my colonoscopy. The last one was after the election because I had worked it for two days, indoors, seeing a lot of strangers.

The worst of those four was the one by Barton Health because I was sitting down. I think if they had people stand next to their vehicle it would be a better experience. It’s about the angle of getting that swab way into the nasal cavity.

As for Mexico, well, the cases keep going up, just like in the United States and so many other countries.

Oh, all of my tests have been negative. I’m going to keep wearing my masks (I have several), using hand sanitizer (I keep a bottle in the Jeep), staying several feet away from most everybody, and trying to only be around people who are doing the same thing.