Being pampered in Baja by paying others to do my laundry 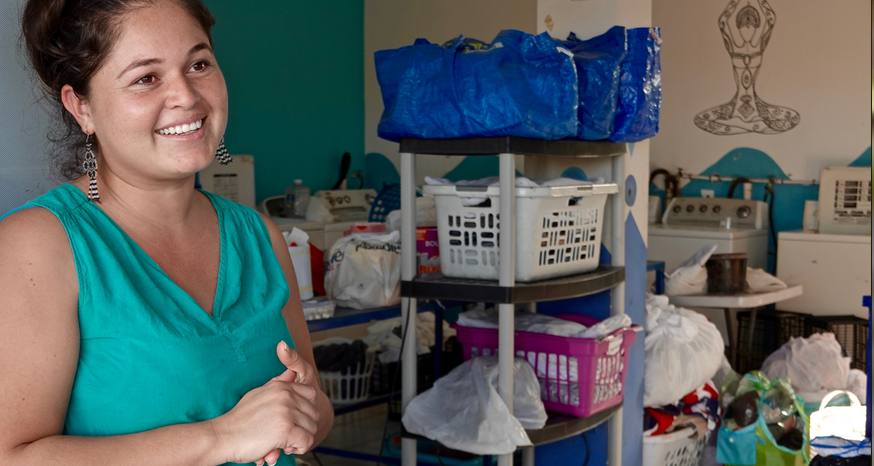 I never thought I would be that person. You know, the kind who pays someone to wash, dry and fold their laundry. Oh, my, what a luxury.

Doing laundry has never bothered me; that is assuming the machines were at my house. Going to a laundromat, well, that was a nuisance and an education in human behavior that I don’t care to repeat.

In Todos Santos I opted not to do my laundry at my friends’ house. This was because the day I was planning to do a load we didn’t get any water. Yes, that’s a thing in Baja. Water isn’t even delivered to the tinacos every day in every part of town; it was weekly in the last place I stayed. Miss a week and it’s noticeable.

I didn’t do laundry at home that day. I took it to the lavenderia, which was walking distance away. I never thought about doing my own laundry again—at least while I was in Todos Santos. This was too sweet—and cheap—of a deal. 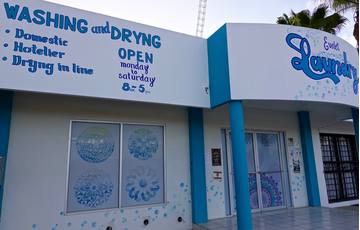 The wash and fold facility has been in the Las Tunas area of Todos Santos for seven years. (Image: Kathryn Reed)

The 7-year-old Evolet Laundry is owned and operated by a local family; the same ones who own the neighboring Cleo’s restaurant. In fact, it’s Cleo and Martine’s daughter, Jacqueline, who is working at the laundromat most days; along with her friend Alisa. (Evolet is Jacqueline’s daughter’s name.)

When Cleo started the business in the kitchen at the restaurant there were two washing machines and one dryer. Today it’s not unusual for the eight washing machines and seven driers to all be going at the same time. It can be that busy. The lights are often off and the two ceiling fans whirling to keep it cool inside.

The laundromat can have water issues just like residents. Maybe that’s why sometimes it took more than a day for my clothes to be ready.

Jacqueline, who runs the business in the Los Tunas area of Todos Santos, said, “There are always problems” with water. Having tinacos out back full of water helps when the flow is interrupted.

How much water is used in a week or month she doesn’t know. She said the wastewater goes into a septic system that later has to be pumped.

Being away from the center of town it makes sense that about 95 percent of customers are gringos.

Bags of clothes line the two walls that are most prominent from the front door. This is the clean laundry. It’s either put in the container the person arrived with or into a white garbage bag.

The price for the service depends on the number of machines it takes. The least I paid was 70 pesos or about $3.45. 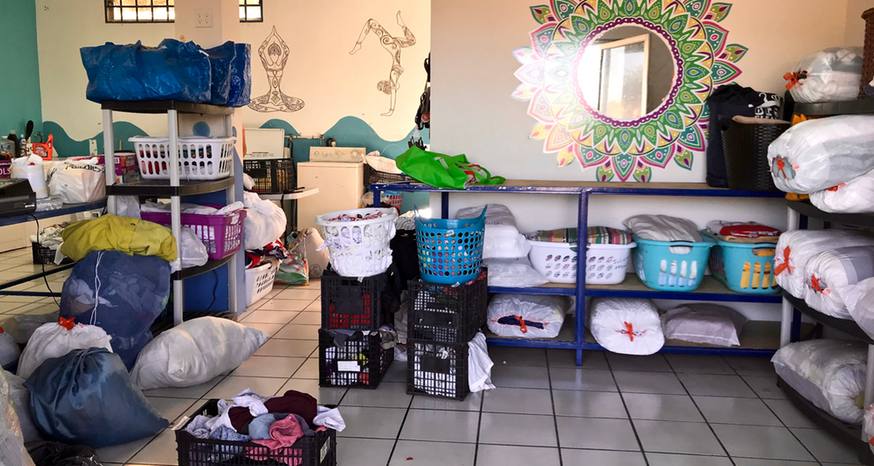 Containers full of clean laundry are ready to be picked up. (Image: Kathryn Reed)

Everything came back clean, folded and nicely put back into the bag I had delivered it in. It took only a couple trips before they knew my name. When I walked up they knew me without me needing to say who I was, no matter the mask I was wearing.

It’s possible to ask (if you speak Spanish) for items to be line dried, washed by hand, ironed, mended, separated a certain way, or for all shirts or the like to be laundered together.

Jacqueline said it’s easy for her to know whose laundry is whose. Masking tape with the client’s name is put on the washer and dryer, then the bag. She was hesitant to reveal any funny stories, but did say some customers’ intimate objects sometimes end up in the laundry bag by mistake.

One client was sure the bag he was given was not his. The laundromat had unzipped the outer cover of the bedding, and returned it in pieces, so to speak. The customer was still adamant. At the old location, a couple doors down, there were cameras just for this reason. Jacqueline was able to track the transaction on her phone, which she shared with the guy. He was embarrassed to realize he didn’t even know his own laundry.