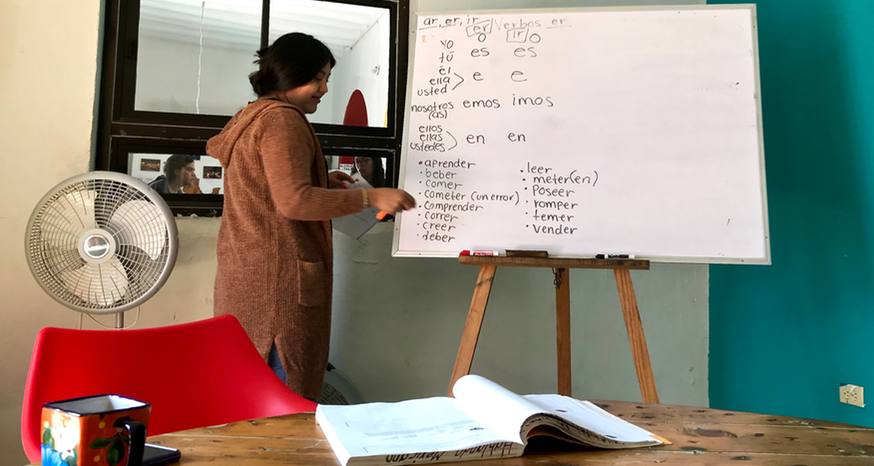 At some point I would like to delete Google Translate from my phone and to have it not be a permanent open window on my computer. It is a crutch I need to ditch.

While my Spanish has improved in the last year, it’s still pathetic. It’s completely my fault. I’ve been lazy. However, I am hoping to return to Baja California Sur with a better understanding of the language.

Just before I made the trek back to California I took a weeklong immersion class. It was two hours a day for five days, followed by a cooking class. Ivonne, who opened the school Hablando Mexicano in Todos Santo five years ago, is extremely patient, as are her instructors. Most days I was with Lizeth and Alejandra. Even though Lizeth doesn’t speak English and Alejandra knows very little, I learned a ton. 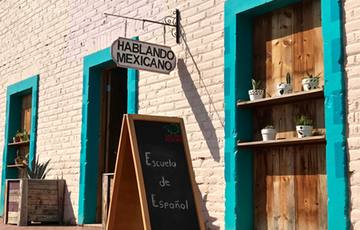 I was forced to pay attention with them speaking Spanish. Fortunately, they did so slowly. One of my problems is understanding what is being said because people speak so fast. Ivonne suggested I watch TV with the actors speaking Spanish and subtitles in Spanish to be hearing and seeing the language at the same time; explaining that I will pick up words and before long know the whole sentence. It’s still on the to-do list.

My annunciation of the language is atrocious. That is why listening to more of it would help me with speaking it. I think my friend Rhoda is awesome with the language and plan to pick her brain to help me. I’m hoping this will build confidence to want to try to converse with people in Baja without the aid of Google Translate. 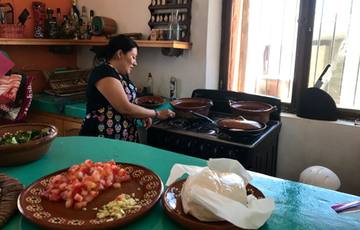 I have flashcards to help expand my vocabulary and understand verb conjugations. Plus, there are the handouts from class. I opted not to buy the book for my short time at the school. Part of this was being cheap, part was knowing I have books at my place in Todos Santos that are collecting dust.

I can see returning to Hablando Mexicano for more classes – either private or group. I “won” the week of classes at Gastrovino, a food and wine event in Todos Santos in the spring. That was great fun, with the silent auction benefiting the wonderful Padrino Children’s Foundation. The generosity of businesses like Hablando Mexicano are what make fundraisers successful.

If I don’t learn the language, it won’t be the fault of Hablando Mexicano.