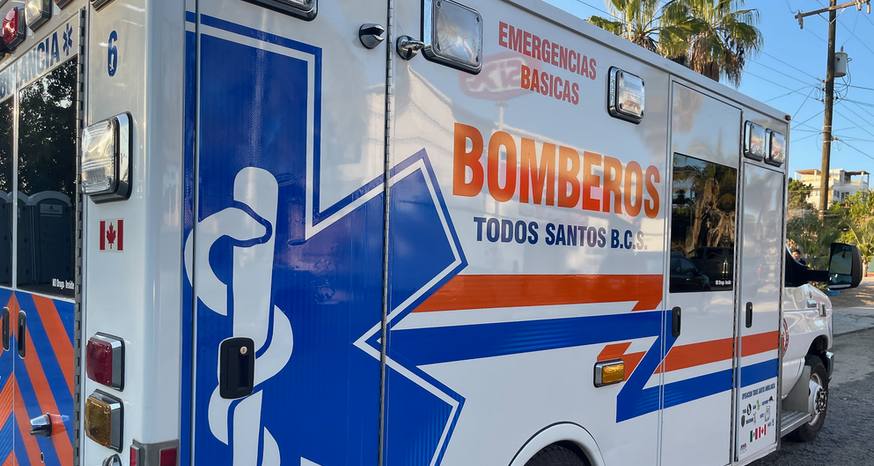 As a retired deputy chief and paramedic, Paul Charbonneau was beside himself when he saw a picture of a Todos Santos ambulance broken down along the side of the road.

Thus began his quest to bring an ambulance from his home country of Canada to Baja California Sur.

Todos Santos community members on Dec. 4 celebrated the arrival of the rolling medical unit at the Todos Santos station.

With fresh paint and the local name and emblem on the vehicle, it looks brand new. Tires are new (though they were used to drive from Canada), and the whole unit has been looked over by a mechanic. All of those costs were absorbed by Charbonneau.

Charbonneau, who is currently executive director of the Ontario Association of Paramedic Chiefs in Canada, said ambulances in Ontario are only used there for five years. He was able to get the one now in Todos Santos as a donation; it’s value being $8,000 Canadian.

It took 14 months for the ambulance to get to Baja Sur; which happened this fall. Border closures contributed to the delays, and then the need to secure permission to drive through the U.S. and Mexico. 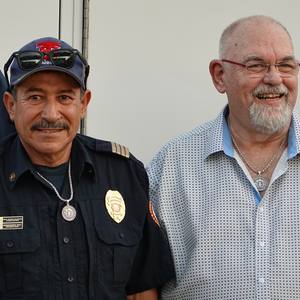 On this latest trip south Charbonneau came with a suit case full of supplies for the ambulance—goods worth about $600 (Canadian). Stethoscopes bandages for burn wounds and much more are part of the medical equipment he is donating.

Chava Cadena, commander of the Todos Santos Bomberos, said about 20 times a month one of his three paramedics drives someone via ambulance from here to a hospital in La Paz, about an hour away. Because those vehicles are used beyond emergencies in town, a ton of miles are being put on them.

In addition to the paramedics, Cadena said the department has 20 firefighters.

He added that the government provides minimal financial help to operate the fire and ambulance services, which is why donations of equipment and cash are always in need. Seven of his charges receive limited compensation.

Firefighters battle a fire about once month, with car accidents being what they respond to most often. Those average about 12 a month; with crashes on the road between Todos Santos and La Paz being the most common, according to Cadena.