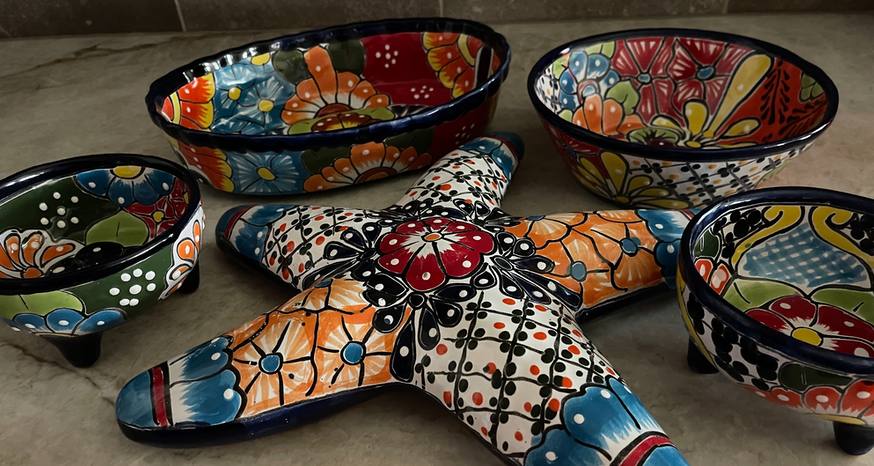 Ibarra pottery is all made by hand in La Paz, Mexico. (Image: Kathryn Reed)

Imperfections can actually make something even more perfect.

That’s what happens with handcrafted pottery and glassware. Two glasses or bowls may be similar, even seem alike, but look closer and you’ll see each is unique.

Mexican pottery is full of vibrant colors that seem to draw one’s eye to it no matter where it is located—a kitchen, outdoors, on a table as a decorative piece.

Ibarra’s Pottery was founded in 1958 by Julio Ibarra and Juanita Chavez. They met in Mexico City where they were both studying art. They decided to join forces and create pottery together.

In the mid-1980s they moved to La Paz in Baja California Sur to where they had family. In many ways it was like starting all over as the Ibarra art was not locally known.

Julio Ibarra died in 2015, while Juanita Chavez was still working there last year. 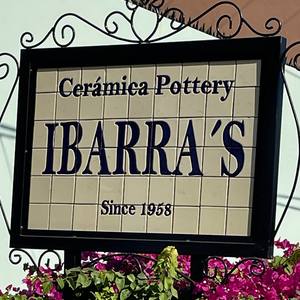 Ibarra’s factory and shop is a couple blocks from the malecon in La Paz. (Image: Kathryn Reed)

Today, the La Paz shop is run by the founders’ daughter, Vicky Ibarra. A third generation is also becoming potterers.

While they don’t like people to take pictures onsite, the pottery makers post pictures online of the finished work and of employees painting what is essentially a blank canvas. There are even videos of how the clay comes into being.

The store/factory in La Paz is continually turning out new work. Plates, glasses, wall hangings, pitchers, and so much more are handcrafted right there.

If you don’t find what you are looking for or you have an idea for a piece, special orders can be placed.

One of Ibarra’s Facebook posts sums up why handmade art is so wonderful, “When you are buying a handmade piece you must know it might have some small defects and you can’t blame the artisan. The truth is: it makes it unique. Why? Because when you are creating something with your hands no matter how careful you are sometimes it’s impossible to make it exactly like the others.”

A post on Ibarra’s Instagram page says each piece takes about two weeks to complete. All of the Ibarra pieces are lead free. What I have bought can go in the oven and dishwasher, though I haven’t done so.

I love that each is signed on the bottom, so you know it’s an Ibarra. (They carry other works at the store.)

To me, Ibarra pottery is functional art.