Living in the dark because city truck is out of gas

No gas for the truck. That was the answer I was given by the mayor’s office for why the streetlight was not going to get fixed.

I didn’t know how to argue with that statement. I didn’t know if I should offer to pay for the gas. I didn’t know if it was a line of BS. Being in Mexico, I figured it was probably the truth. Early on I had been told how the volunteer firefighters often need gas money for the truck, so why not a public works truck as well? 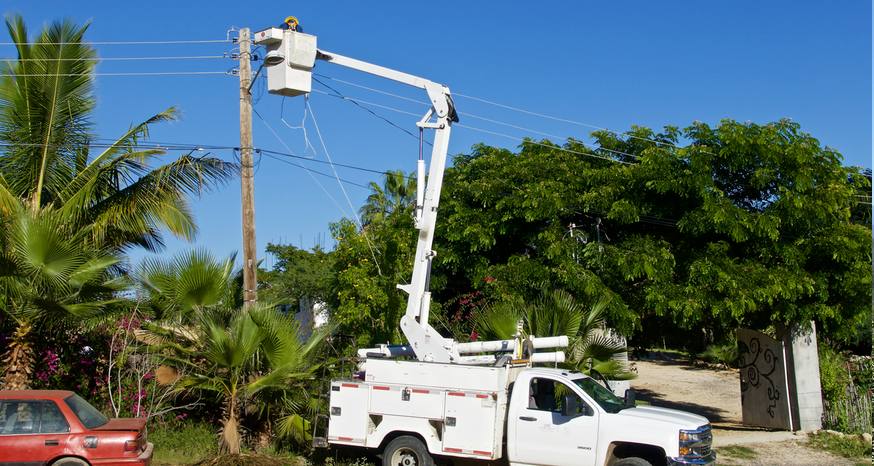 The electric company has the truck, but is not responsible for replacing streetlight bulbs in Todos Santos. (Image: Kathryn Reed)

One of the first things I noticed when I got back to Todos Santos last fall was the light across the street was out. The darkness was immediately evident, and it was not my old friend. That light had illuminated my gate and the gravel parking area. It is so dark without it.

While I’m often a proponent of dark streets – less light pollution, better to see the night sky – there is a safety element to them. When I have Airbnb guests I don’t have access to the downstairs outdoor lights so the whole yard is dark. I leave outside lights on upstairs, but they don’t illuminate much of my walk from the Jeep to my living quarters.

Neighbors said go to the delegado’s office to let them know the light was out. That’s who said no gas.

Then one day I saw guys replacing the light so I ran out to tell them how the one at the end of the street was out too.

They weren’t there to replace the light. They were from the electric company; there to hook up power for the house across the street that is under construction. Funny thing is they took the light bulb out and left it on my gate. 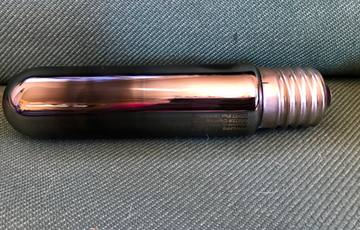 I thought about taking it to “city hall” but knew explaining how I came to have the bulb might prove more problematic even though it was innocent enough. Instead, I took it to two stores in town hoping to buy a replacement bulb. My thought was if I could pay for the bulb, maybe the city could use that savings to put gas in the truck. The store clerks shook their heads, as if this type of phallic looking contraption should not be in my hands.

It sat on my desk as some odd ornament until I threw it out. It went in the trash last week the day the bulb was replaced. I was giddy and exuberant in my thanks to the guys. They fixed the one at the end of the street, too. It was worth the three-month wait.