Once war was declared, it took 11 years for Mexico to gain its independence from Spain.

The start of the revolution – Sept. 16 – is the day Mexico celebrates as its Independence Day. It was that day in 1810 that Miguel Hidalgo led the revolt, with a verbal declaration that launched the fighting. He and his followers wanted the Spaniards to no longer rule their country and for native Mexicans to have equality. Hildago did not live long enough to see his dream realized. He was murdered in 1811. 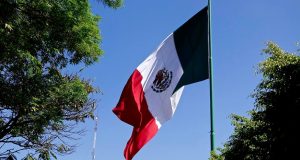 The Spanish had conquered Mexico in the 1500s, renaming it New Spain. For 300 years, the native people were slaves and second class citizens with lesser rights.

Changes in the hierarchy in Spain in 1820 helped lead to Mexicans taking back their country. The Treaty of Córdoba was signed in 1821. The first presidential election was two years later.

Today, Sept. 16 is a national holiday, with many towns hosting celebrations.

It is tradition that on the eve of Independence Day the current president of Mexico does some sort of re-enact of the words that Hildago said when he rallied his believers. Hildago’s exact words have been lost, so it’s not a reading of his actual words, but instead his sentiment is carried forward. The irony is that it was the Spanish who brought Catholicism to Mexico. It is one of the many lasting remnants of Spanish rule.