Mexico makes it easy to cross border from U.S.

While the U.S. continues to have a policy in place through at least Nov. 21 that prevents Mexicans from crossing the southern border for non-essential reasons, Mexico allows U.S. residents in without asking any questions about COVID-19.

Nov. 10 was the third time I drove across the border with the intent of spending the winter in Todos Santos. This time was the easiest. It all had to with getting my FMM (Forma Migratoria Múltiple) online. Those who fly to Mexico get the same document only there is no additional cost; the airline has collected the fee and passed it onto the Mexican government. 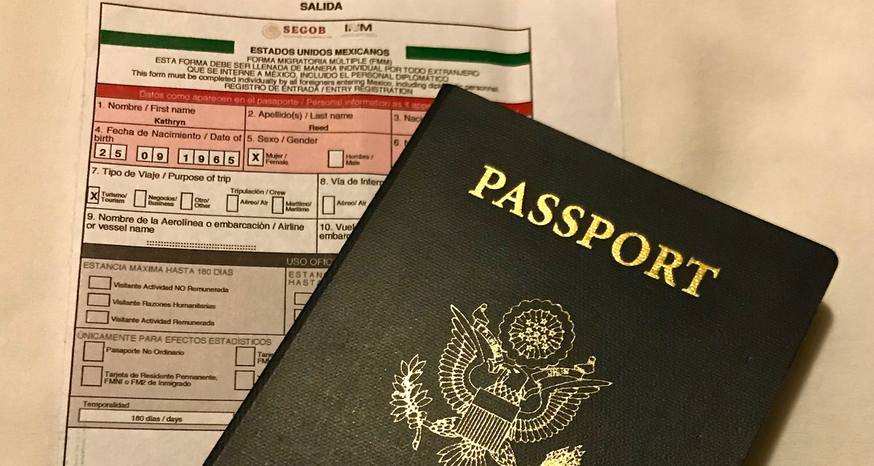 Mexico requires U.S. citizens to have a passport and FMM to get into the country. (Image: Kathryn Reed)

This is essentially a tourism fee. It costs 575 pesos, which at the time came out to $27.09 on my credit card. It allows people to be in the country for up to 180 days.

While I had possession of the document I still needed to get it stamped at the border. No one else was in the Tecate office, so I was in and out in a matter of minutes.

It never took long before, but having the paperwork done and knowing how the process worked made it a breeze this time. Before when I did all the paperwork in person it meant paying at  in one place and getting the FMM in another.

Some people don’t bother to get an FMM when traveling by land, even though it’s the law. Cops and guards at military checkpoints can ask to see it. I have it in my possession while driving down the peninsula, but I don’t at other times. I also don’t have my passport while driving except on the initial drive and when headed back to the U.S. So, I’m not really sure what would happen if someone asked for it and I didn’t have it on me.

With everything being computerized, the Mexican government knows who has extended their stay illegally. Whether officials could find those people is another question. If they care is yet another question. Fines are possible for an expired or lost FMM.

The document is supposed to be surrendered when driving back across the border as well as when flying.

While it’s possible to come and go, and come and go to keep extending the six-month stay, Mexico could also deny an FFM. After all, it would likely appear the person was actually living in the country without proper documentation. The computer knows when a person has entered the country and where, as well as when they left and how they did so.

Illegal immigration is an issue on this side of the border, too.

For those wanting to actually live in the country legally for more than six months at a time there is a lot more paperwork and time involved to get that documentation.