Paying cops cash when pulled over for speeding

Lights and sirens in my rearview mirror. It was only a matter of time. That’s what happens when you have a lead foot.

This time was a little different. It was the federales pulling me over. Everything I have been told and read is to not pay any officer. Make them give you a ticket is the mantra. Take video if things are going sideways. Write down their name; they are supposed to wear a name badge. Paying a fine to the officers is engaging in corruption. That money goes in their pocket, not to the government. There is no record of the transaction ever happening when you pay at the scene.

Oddly, I’m not feeling guilty, and now understand why people do this. It’s easier. It’s that simple. 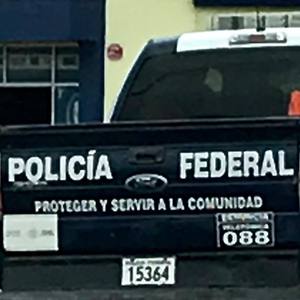 Police in all branches of Mexico’s government are known to take cash for driving infractions and never reporting the money. (Image: Kathryn Reed)

This was the week before Christmas on the north side of La Paz as I was headed to Punta Chivato. The officers said the speed limit was 80 kilometers an hour, about 50 miles per hour. I was going 70 mph, about 112 kph. The highest speed limit I saw on this eight-hour drive was 110 kph. I was always speeding.

I cooperated with the officers when they asked to see my driver’s license. I acted surprised that I was going so fast. The officer reached in the Jeep, pointing to the speedometer. He told me the azul numbers are the ones to pay attention to. I smiled as though this was the first time I had noticed there were kilometer markings.

He still had my license. These guys are well armed. His buddy sat in their vehicle. No other vehicles went by. It’s rather desolate here. My Wrangler will lose most chases. My Spanish skills don’t allow me to argue much. My speeding was real. A lot was going through my head. 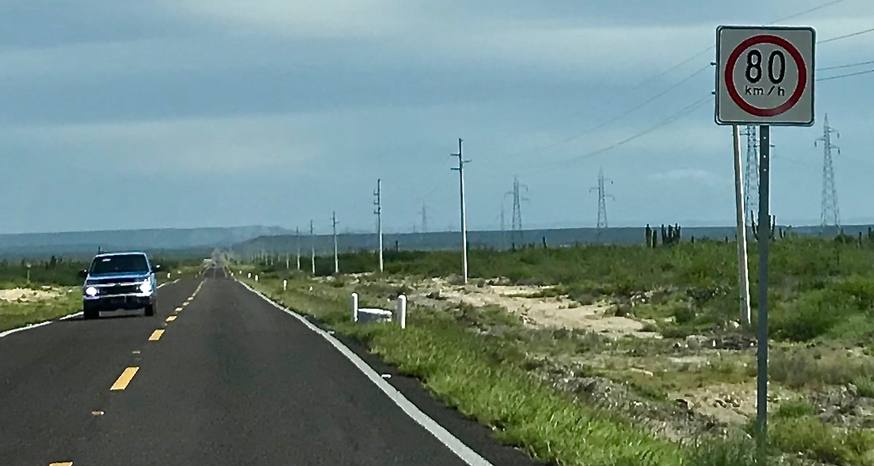 When roads are wide-open and straight it is easy to want to speed. (Image: Kathryn Reed)

The officer wanted to know where I was going, where I lived, when I would be coming back. I lied about the return date, thinking that if it were more than the actual three days, then they would want to deal with things immediately. I have been told officers will take your license as collateral for you to show up in court. For this infraction, it would mean going to La Paz. I didn’t know what would happen if I were to be pulled over again and not have my license.

He asked for 4,000 pesos, about $212. I laughed. I didn’t have that much cash on me for this short trip. I offered 1,000 pesos. He was OK with that. Then he reminded me about the speed I should be going. Maybe that 53 or so dollars helped him have a merrier Christmas. It was certainly the cheapest speeding ticket I have ever had.

After all, I was pulled over in Lake Tahoe last summer on the third day I was back in town. I went to court hoping the officer would not show up. He did. I lost. That cost me more than $400, plus an added fee because I paid by credit card at the courthouse, then another $60 for online traffic court to keep the ticket off my record.

This speeding thing is getting expensive.