Paying off the cops – or was it just a donation? 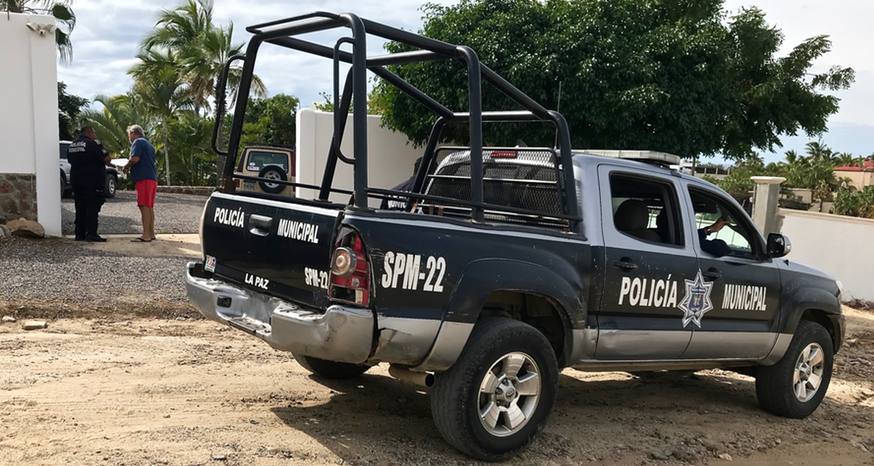 It’s an uncomfortable feeling when things feel charitable and dirty at the same time.

That’s what can happen with first time experiences.

I saw the cops pull up at my neighbors. I paused on the deck to see what was going on. One caught my eye, so I turned to go inside. So much for being discrete.

I was going out anyway, so I grabbed the dog’s leash and locked the door. They waited at my gate as I descended the stairs. They didn’t make any move to come in the gate. Would they have come to the door if I weren’t already headed their way?

A friendly man in a blue uniform got out and asked in Spanish how I was doing. “Fine, thank you. And you?” I replied in his native language. I explained my Spanish isn’t so good. He had a sign in English. Ah, how brilliant of them. There were at least two more in the vehicle. I wondered how big the force is. South Lake Tahoe, Calif., a city with about four times the population, usually has four officers on duty at any given time. Here were three in Todos Santos driving around asking for money. Slow day at work?

The sign he showed me said something about collecting money for something, but not anything real specific. Not that I remember. Maybe it did. I just remember feeling a little out of sorts. Was this a shakedown? What happens if I don’t give? How much do I give?

I had been told to give to the bomberos – the firefighters. They are volunteers. Sometimes they don’t have gas for the trucks. Apparently they have saved the town a few times and know what they are doing.

I’ve also been told the cops are pretty nice, will listen to gringos and help us out.

When I reached for my cash the cop handed me a clipboard. I was to write my name and the amount I was giving. I gave what my neighbor gave – 200 pesos, about $10. I’m not sure that is going to buy me much protection.

I told another neighbor later I didn’t know if I should feel like I had done the charitable thing – it was the giving season, so to speak – or if this was a shakedown. Her response: “Well, it’s actually both 🙃. Welcome to life in Mexico.”