Physical, emotional benefits of walking in the sand 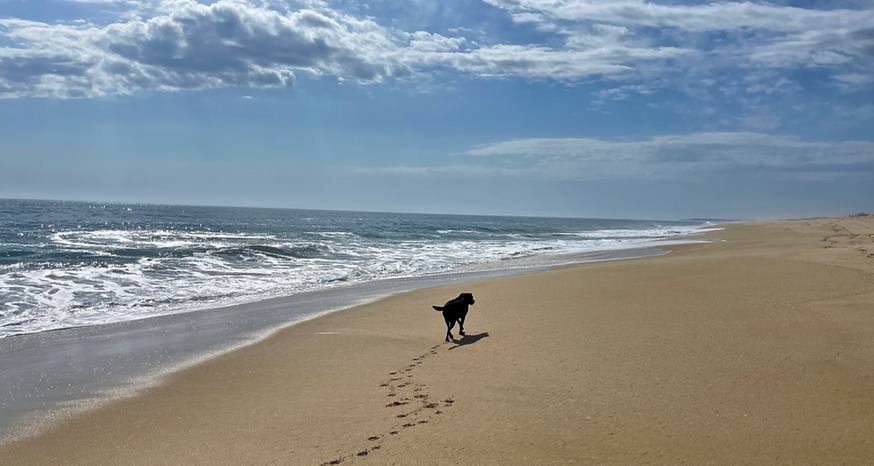 Walking is usually listed as one of the best forms of exercise. Add sand to the equation and it’s even better for you.

I had forgotten what a good workout it is until I spent  two weeks in Todos Santos in June, with beach walks a nearly everyday occurrence. Thank goodness Rubi and Pepper need afternoon walks, otherwise it would have been easy to say it was too hot to move—at least that was the case the second week.

Muscles have to work harder when walking in sand compared to a hard surface like a concrete sidewalk or asphalt street. Quads, calves and glutes are getting a good workout. The soft sand is also good for achy joints. Sand can also help reduce injury because the pounding is not so intense.

Exertion is also dependent on whether you are walking closer to the water where sand is firmer or higher up where it’s deeper and softer. I like to do a bit of both. 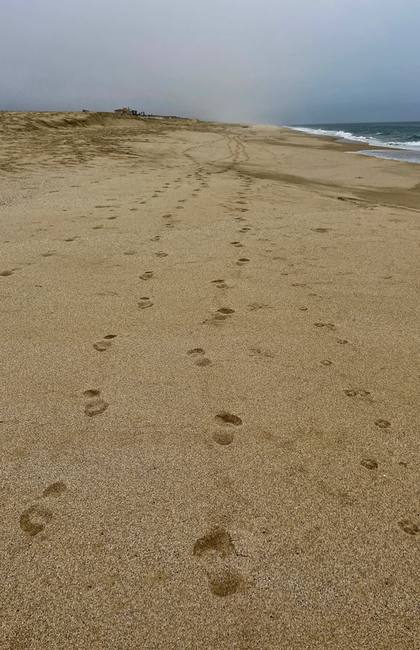 Footprints in the sand along the Pacific Ocean in Todos Santos, Mexico. (Image: Kathryn Reed)

Mentally, being on the beach has to be so much better than a street. No cars to worry about. It’s definitely a more serene setting when enveloped by nature and not concrete. And next to the ocean, as was the case when I was in Mexico, meant being able to inhale the sea air and to listen to the waves crashing.

Most of the time I had flip flops on; sometimes I was barefoot. No shoes meant more senses to be aware of. And sand is a great natural exfoliator.

Plus, there were the conversations with my good friend, Jill, as we solved our problems and those of the world’s on our walks. That’s what I will miss most about no longer walking on the beach.