Protest brings down the walls of illegal beach restaurant

(The video shows how close the build is to the Pacific Ocean.)

The power of the people helped shutter a restaurant in the Todos Santos area that popped up on the beach without permits.

“It’s a terrific reminder that when we work together, we can make a positive impact to preserve our environment and protect our beaches,” a group email from June 11 stated.

Residents first descended on the site in the Las Tunas area on June 10. A day later more than 150 people showed up in protest. Joining them were the mayor, prominent environmental justice attorney John Moreno, ZOFEMAT (the federal agency that regulates such matters), and local police. 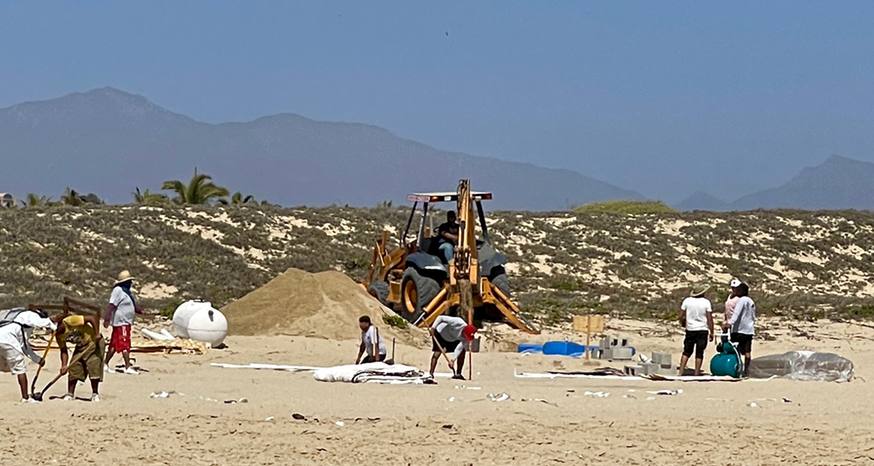 Workers on June 11 dig up what’s left of an illegal beach restaurant in the Todos Santos area. (Image: Kathryn Reed)

“They canceled their three-day event, and packed up their tents, furniture, and sound system. Hopefully they will unbury their tinacos and septic system and move their bus too,” the email said.

According to Tribuna de la Paz, legal action and fines are possible.

Todos Santos isn’t the first place Emiliano Antunes, who founded Comunidad Tekio, has created a pop up restaurant and bar.

Tekio is featured in March 2022 in Forbes Mexico in what reads like a paid advertisement. 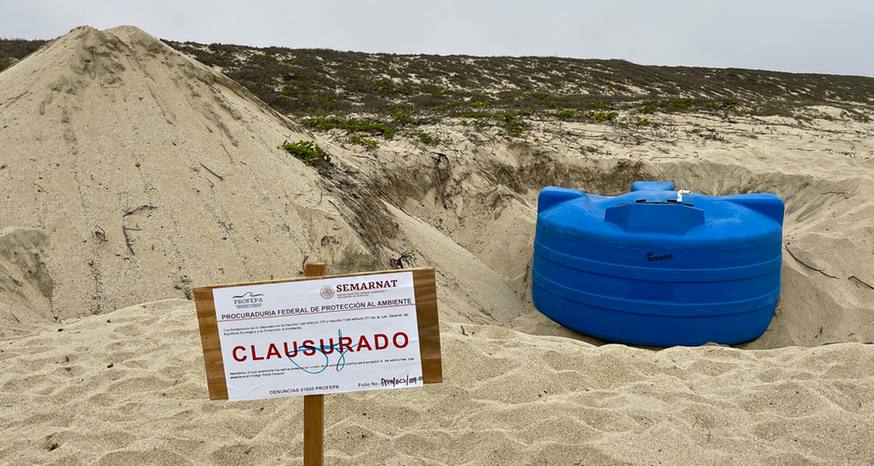 On June 13, a tinaco (an underground water container) is still on the site. (Image: Kathryn Reed)

Translated into English, one paragraph says, “Awareness is one of the core values at Tekio. The concept is developed exclusively in 100 percent natural places. For this reason, we seek to achieve the least possible environmental impact, adapting to what each beach proposes, using materials and construction systems that are friendly to the ecosystem, considerably reducing the environmental impact on nature and our precious planet.”

Building on a beach without permits is an interesting way to care about the environment.