Ready to find out what a machete can do 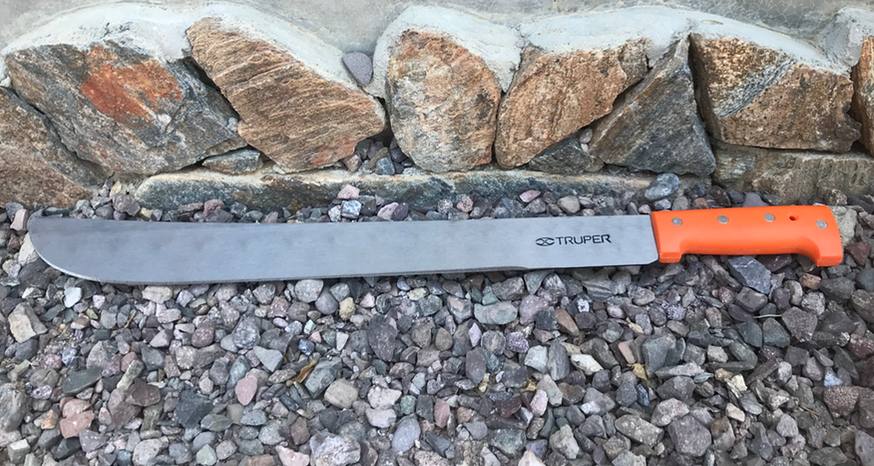 For someone who doesn’t like to do a ton of yard work, and has no idea where her next home will be or what the outside will have in it, it seems odd that I now own a machete.

Maybe I should just consider it one of my souvenirs from Mexico. It could be a wall decoration in the future. I’m sure I have a friend who would find it a fun gift if I don’t want to keep it. It could end up in a garage sale. For now, it’s in a safe place.

The U.S. federal government considers a machete an agricultural tool. Makes sense. That is what I see them used for in Mexico, though I’ve never seen a gardener in the U.S. with one or a homeowner. With this designation, it means transporting it in checked luggage or driving across the border won’t be a big deal. 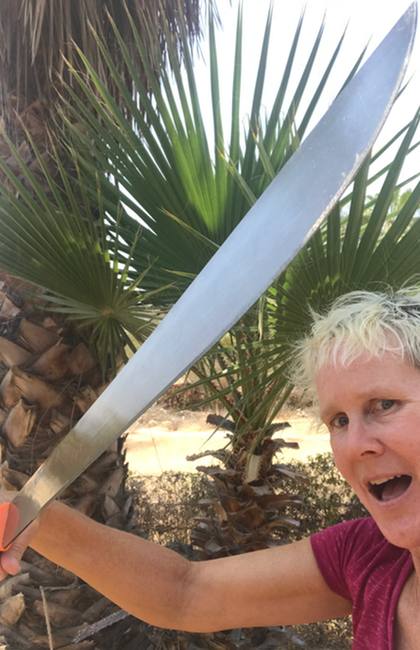 I had thought of machetes as weapons until moving to Mexico. I’m guessing I had read a few too many crime stories involving a machete. The only time I remember seeing one in the United States was when a woman brought one to Bread & Broth in South Lake Tahoe, California. This was essentially a soup kitchen where I was volunteering. We brought it back into the kitchen during dinner. The owner said it wasn’t a weapon; it was a tool. She said she used it to clear brush where she camped.

I have never seen one for sale in California, though I’m sure they exist.

I didn’t know what to buy. The hardware store in Todos Santos has blades ranging from 12 to 24 inches. The smallest one also had a serrated edge, which in machete parlance is really “sawback”. This allows for more options for using it, so says the internet. I bought a 20-incher for 69 pesos, about $3.70. 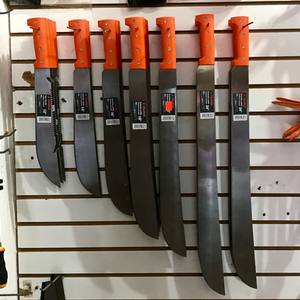 An array of choices at the Romex hardware store in Todos Santos. (Image: Kathryn Reed)

It was seeing Pepe, a gardener my sister had in Todos Santos, use one that first got me interested in this tool. Mostly he used it to cut palm fronds. Pepe has what looks like a small metal device for sharpening the blade. I’ve never seen a sheath. Mine didn’t come with one either. I bought a sharpener, though doubt that will be needed anytime soon. It cost 21 pesos, or about $1.

I could see using the machete if I were ever to have a wood stove again, and collect/chop my own supply like I did when I lived in Tahoe. It would be good on some branches. There are hikes I’ve been on that necessitated bushwhacking and no one had a device to clear the way. Still, it’s hard to imagine hiking with a machete.

So, basically I spent less than $5 for something I have no use for. Still, I’m pretty darn excited about this machete of mine.