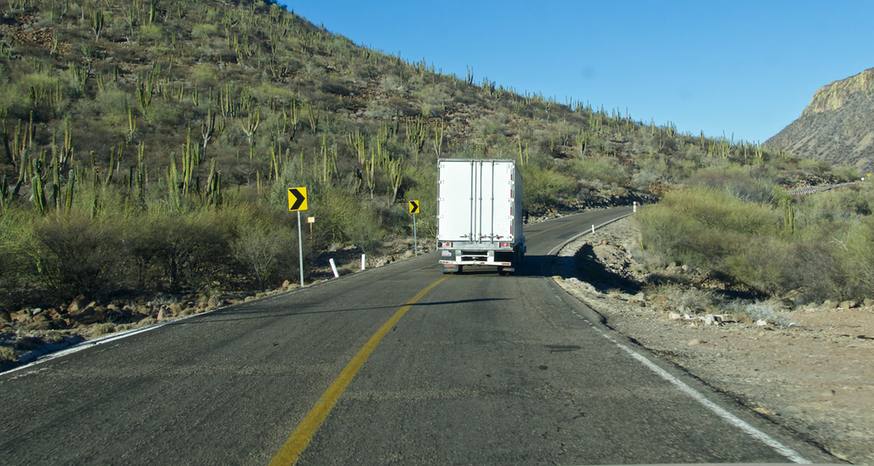 It takes help from the front vehicle to pass on the highways in Mexico. (Image: Kathryn Reed)

It’s amazing how even though each country has its own set of rules for the road, all one usually needs is a driver’s license—no test of any sort. The test, well, that can seem to come with each mile or kilometer marker.

With another trip along the 1,000-mile Baja peninsula behind me, I have a greater appreciation for some of the idiosyncrasies of driving in Mexico. There can still be plenty of head scratching in Mexico; mostly that comes with signage and lane markings. Still, I wish drivers in the U.S. would adopt a few of these “rules”.

Drivers in Mexico watch out for each other. Every time lights flashed at me from an oncoming vehicle it was a warning of some sort. It could have been traffic was stopped ahead, often it was animals on the pavement or side of the road—goats, cows, horses were the norm, sometimes a cop had someone pulled over. I always slowed down with that subtle flash of headlights, which was a good thing. I eventually got in the habit of flashing my lights as a warning. 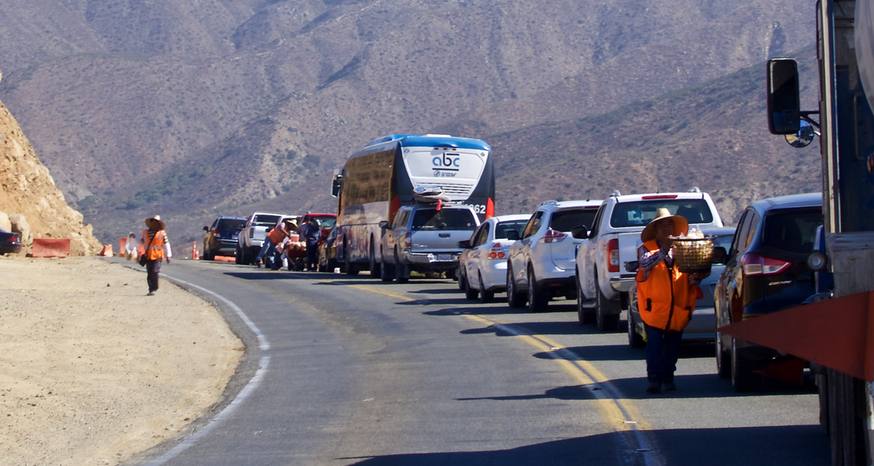 It took a little time to get used to the left signal not meaning the vehicle would be turning left. When I got accustomed to that, I had to remember the left signal might actually mean the person was turning and not be cavalier about passing. The left signal is probably my favorite Mexico driving ritual. The vehicle in front uses this to indicate when it is safe to pass. So much of the highway system through Baja is one lane in each direction, with turnouts an extreme rarity. Passing lanes don’t exist, so this buddy system is imperative.

It’s not that one should blindly rely on another driver, but that left signal is an indication to floor it. (In the Jeep flooring it is necessary to pass, especially with a full load.) While there are plenty of no passing signs on the highway, people ignore them. It’s like they are decoration. The unwritten rule for passing in Mexico is do it when you want. I loved when truckers would signal because sitting up higher I presumed they had a bigger picture of what was ahead. This left signal alert was easy to learn to help drivers behind me.

When road construction required drivers to be stopped a while, enterprising individuals would come out with food and drinks. I never partook because on the long drives I always packed plenty of snacks, water and Coca-Cola Light. Such vendors would probably be illegal in the United States, or permits would be required, and lawsuits would ensue if someone got ill.

Mexico is more carefree, with a culture that seems to care about each other—even on the open road.