Driving around Baja California, Mexico, it would seem like most of the visitors are from South Dakota based on license plates.

Don’t be fooled; those aren’t visitors. People with South Dakota plates are most likely permanent residents of Mexico, aka ex-pats. They have probably never set foot in South Dakota. 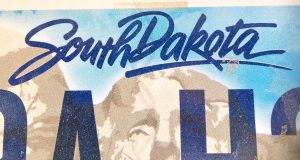 South Dakota doesn’t care where a person lives for a vehicle to be registered with the state. It doesn’t have regular smog checks like California does, which is part of that state’s registration process. This is a huge reason why so many from the Golden State have the Dakota plate.

The California DMV website lists 34 counties requiring smog inspections every other year. Another six, including El Dorado and Placer, require smog certificates within certain ZIP codes. The 96150 code, which includes South Lake Tahoe, requires it when the vehicle changes owners. The remaining 18 California counties, including Alpine and Amador, don’t require a smog test — ever.

This is how I have been able to keep my California car registration up-to-date and have the vehicle in Mexico – I don’t need a smog check.

Another reason South Dakota plates work for so many is people can keep their home state driver’s license. Many states require the license and registration to match.

My friend Joyce who lives full time in Cabo San Lucas, said, “South Dakota does not require insurance in order to receive license plates. Therefore, we get insurance in Mexico, but carry U.S. plates. And remember, U.S. insurance is no good in Mexico.”

I carry Mexico and California insurance so I am covered driving back and forth.

It’s not just Baja folks doing this South Dakota plate thing; that just happens to be what I’m familiar with. More than 58,000 vehicles are registered in South Dakota to people who don’t live there, according to the state’s Department of Revenue and Regulation. There is not a breakdown on where those people are residing. Analysis by the Rapid City Journal estimates the state is bringing in about $7 million a year from these out-of-state registrants.