Spiritual center being developed in Pescadero 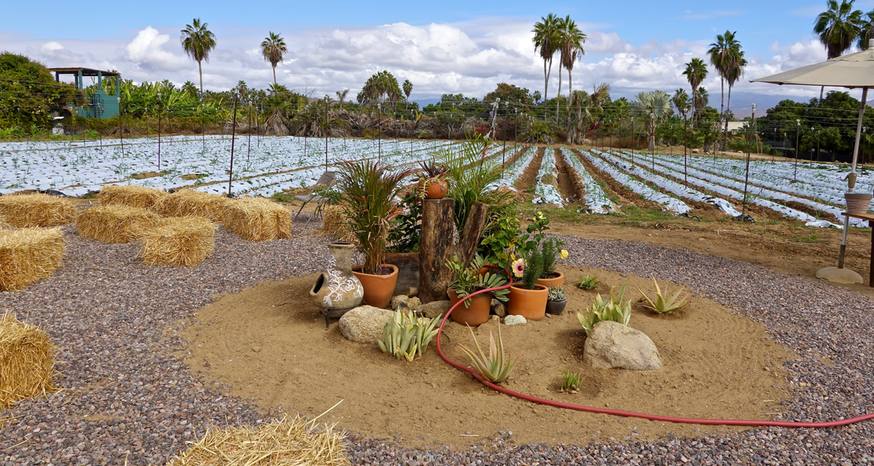 The dirt circle is where the stupa will be erected. (Image: Kathryn Reed)

Seventeen crates containing specially carved granite are scattered about. Hay bales face a makeshift stage of sorts. Prayer flags flutter in the gentle breeze. Plants fill a circle of dirt that is outlined with gravel. Farms surround the larger area.

Welcome to the future home of the Enlightenment Stupa in Pescadero.

While the land has been blessed and the structure is ready to be erected, the stupa will not come into being until the lama is able to travel from Nepal to perform the ceremony. 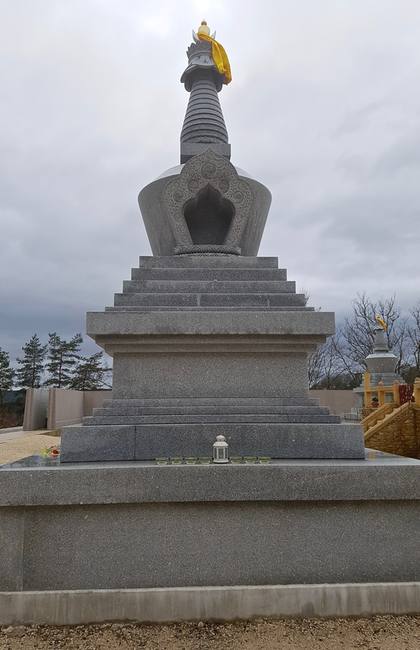 This is what the stupa in Pescadero will look like when assembled. (Image: Rebecca Silva)

“A stupa brings stability, harmony and peace and all the positive traits of energy to the place it is built, to the community,” explained Loton Tashi. Tashi, as a monk and lama, is the director of the stupa compound in Pescadero. He is originally from Tibet, has taken a sabbatical in Bhutan, and been affiliated with dharma centers in Guadalajara and Mexico City for eight years prior to coming to Baja Sur. He has been involved with the local project since 2013; becoming director in December.

By definition a stupa is, “Burial mounds containing relics of the historical Buddha across the Indian subcontinent. Many were later developed into shrines or temple compounds.”

Stupas exist throughout the world, with several hundred erected in the United States and closer to 20 in Mexico, according to Tashi.

Tashi is the spiritual leader at the Pescadero stupa. While the dharma talks had to recently be suspended (again) because of the coronavirus, they will resume when appropriate.

“This place will become the center of learning, contemplation and meditation,” Tashi said. “This will be not just for Buddhists. It is not sectarian. It is for the whole region, for the world; it is for all.” 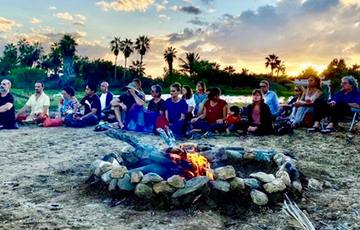 In November 2019, the ground where the stupa will be built is blessed. (Image: Bill Levine)

The original idea came from Rebecca Silva, who has donated the half hectare of land that is on the same street as Hierbabuena restaurant and Rancho Pescadero. In 1976 she was in Hawaii cooking for the 16th Karmapa, who Silva describes as a “walking Buddha.” “At one point he told me I would be building a stupa there in Baja,” Silva said. The Pescadero stupa is dedicated to him.

When the now 71-year-old Silva was 15 her mystic grandmother told her the tip of Baja would become a very spiritual place. That premonition is coming true.

“This particular stupa will be very rare because it was carved from granite in Portugal. It weighs 44 tons,” Silva said. The goal was to make it out of something that for hundreds of years will withstand hurricanes and salty/humid conditions.

It cost $56,000 to create, with shipping through the Panama Canal to Ensenada costing $10,000, and it taking another $10,000 to truck it from Ensenada to Pescadero. The money has come from donations. The spiritual teachings are that one person cannot pay for the stupa, but that is must be a community endeavor. A donor lent money to the stupa to get things to where they are today, with fundraisers helping to pay back that individual.

The stupa will be 7 meters high (nearly 30 feet), with a square base of about 5 meters (17 feet). It will be round as it goes up from the ground. 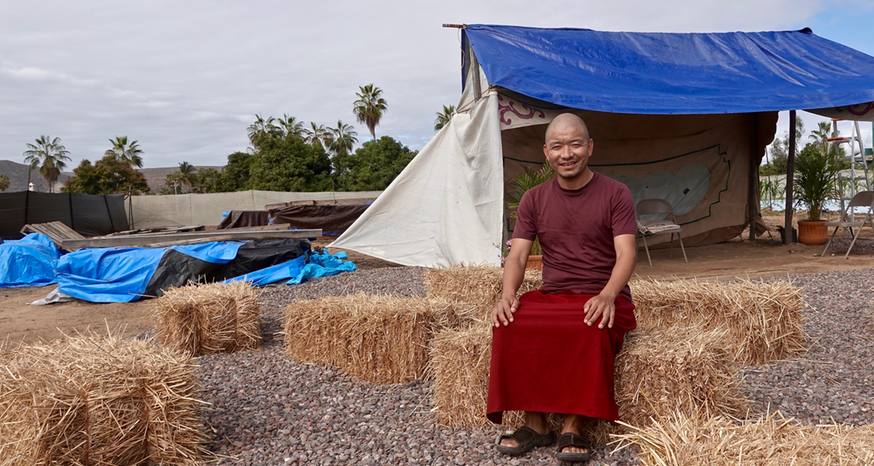 Loton Tashi is the spiritual leader at the Pescadero stupa. (Image: Kathryn Reed)

Tashi describes the assembly as similar to putting Legos together. Each piece, though, has special meaning. The process will not be rushed, with every phase being blessed by the lama who will come from Nepal when the pandemic allows. Each layer will be filled with various items that represent things from the local area as well as historical pieces.

“Our teachers in Nepal and Bhutan will fill it up with relics,” Tashi said. “There are hundreds of thousands of enlightenment rules.”

Beyond the actual stupa, the goal is turn this land into a spiritual and retreat center where classes will regularly be taught, and people could stay overnight in future cabins. It will be a destination of sorts for those on a spiritual journey and those who might want to begin one. Meditation walkways and paths will be created.