A lifetime of memories slowly finding their way to a landfill 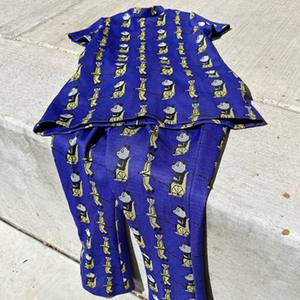 How many containers does one need that say memorabilia or keepsakes?

I’m down to two and still whittling away at what goes and what stays. Yes, it would have been more prudent to have done this before I moved it, but that didn’t happen.

I did purge quite a bit when I sold my house in Lake Tahoe three-plus years ago and put everything in storage. Unpacking I realized I regretted the thoroughness of the process. I thought I had kept my Harry Potter books. Nope. They are replaceable. My childhood teddy bear—gone. That made me sad and mad. Bad decision. 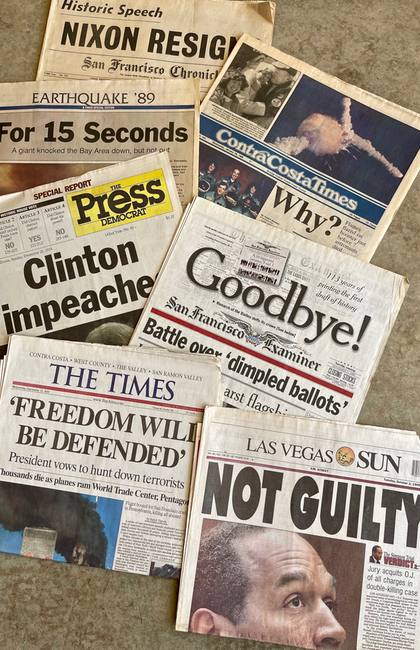 A few important headlines in the last 40-plus years that are being kept. (Image: Kathryn Reed)

Why would I keep my Brownie uniform and frayed jacket from my swim team—both from elementary school age—and not my panda bears? I had two. I have a thing for pandas, which dates back to living near Washington, D.C., when they were first brought to the United States from China.

Speaking of that era, what I still have is the invitation to the 1973 inauguration of President Richard Nixon. My parents had kept their residency in South Dakota and were able to secure tickets for the six of us. I was in second grade, but still remember parts of it. 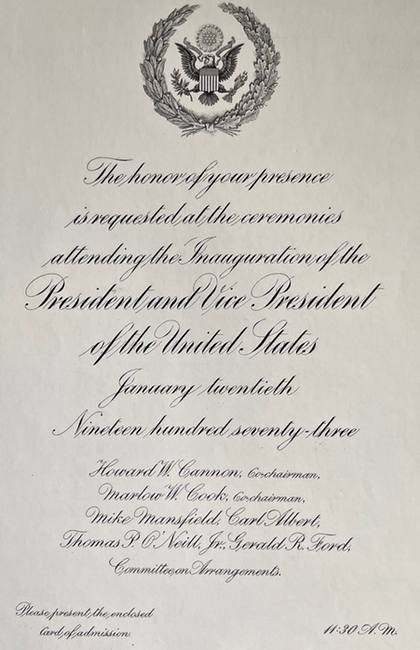 I sent an unopened Disney publication to my friend Denise. A San Francisco Examiner sports section went to Karen. I thought they’d both appreciate them more than me.

I’m sure a psychologist would have a field day examining why people keep and toss certain items. 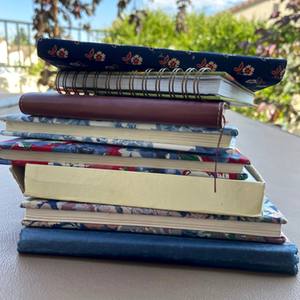 My goal is to not move “crap” again or have to have someone go through it when I’m gone. I know if I put it in a bin and toss it on a shelf it will sit there. That’s why they are in an inconvenient place for me in the garage—so I’ll do something about them. And I am, but it’s a slow process.

The Brownie dress and swim jacket are landfill-bound. So is this outfit that I absolutely adored. I think I practically lived in it. My mom made it for me. It was two pieces. Purple was the dominate color. The print, oh, my, so inappropriate today. It was a panda in a rickshaw being pushed by a caricature of a Chinese man. Yes, I loved, loved, loved that outfit.

I have a stack of diaries/journals on my desk. Some I’ve gone through and tossed. A couple from travels I’ll keep. The rest will make for what I expect to be uninteresting reading one day. I’d rather go through them than leave them behind for others to discover. Of course I don’t know what’s in them anymore. I’m sure they would make for good fire starter. 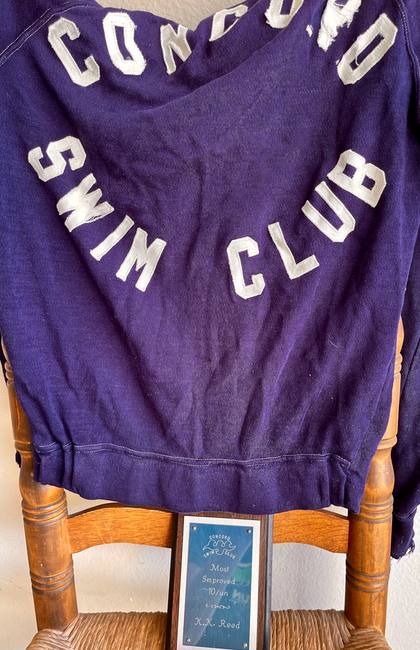 The jacket is history, but the award is still in a box until its fate is decided. (Image: Kathryn Reed)

A few things I don’t know what to do with. Keep or ditch the high school diploma? Keep or ditch some awards that meant something to me in the moment but are nothing I would put on a wall today? And those letters from family, friends and exes … do I read them all to decide what to keep? I haven’t kept every correspondence, but I have a lot.

Then there are all my baby teeth. So gross. I really thought I had ditched them in Tahoe and was disgusted to see I still had them. Trying to wrack my brain why I thought this was a good idea.

Pieces of the Berlin Wall that I actually hammered off—definite keepers.