An education in frustration at LTCC

For someone who has usually had good experiences with Lake Tahoe Community College, these last few months have taken a turn for the worse. One had to do with essentially being a contract employee and the other as a student.

I was contacted in July by the head of Connect Education at the college to be an instructor during a weeklong kids’ tennis clinic at South Tahoe High School. It sounded like fun. And it was. 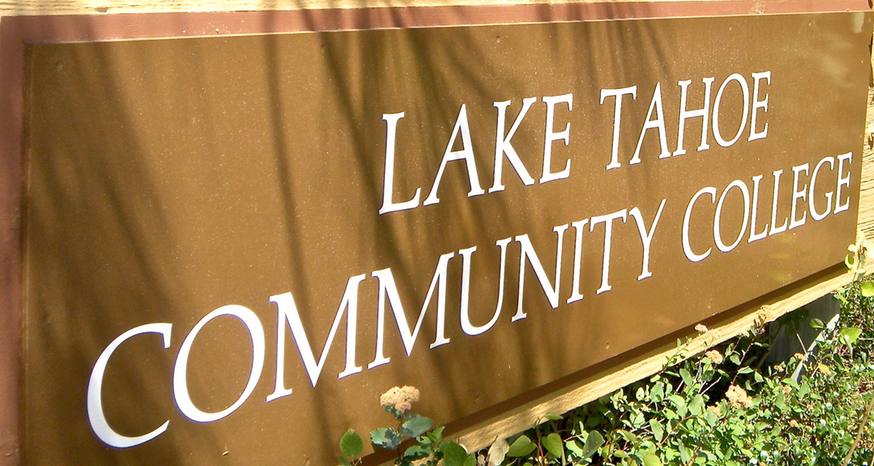 The problem was all the paperwork. My in box continues to ping with another email from the college regarding a five-day job that ended months ago. Some would say I was a difficult hire, though I like to think I was the logical, pragmatic temporary worker.

I was asked to do this job just a few days before it was to start on July 20. I was not warned that I would have to fill out a ton of ridiculous paperwork. First came the application even though I already had the job.

After the third day of camp was done more paperwork filled my in box. The college wanted me to get a TB test and fingerprints, as well as take more than three hours’ worth of online training. I balked at all of this. After all, I was 60 percent done with my job. The TB test and fingerprinting would not be able to be done that week, and therefore the results would have come after the job was complete. So, really, what was the point? The HR director said the point was that these were the rules. It did not matter that the rules made no sense.

One of the documents I was asked to fill out was an auto pay form. It said it could take two to three months after being accepted to get paid. I said never mind, just write me a check.

I had to prove who I was with all the regular documentation HR departments/the government demands. I provided a copy of my passport. The HR director said she had to see it in person. I said, really? That was BS in this time of a pandemic for me to have to come indoors to prove who I was when there were plenty of people at the college who could have verified the passport was mine. This shouldn’t even be a necessity for a non-local new hire. We met outside the library for her to look at my passport and see that it was me.

While I was told I could not get paid without the TB test or fingerprinting, as well as doing the online training, I got paid and never did any of those things. I still get emails telling me I’m overdue in my training. The courses were:

I’m not saying the training would not have been worthwhile. But if it’s so dang important, why was I hired and able to do three out of the five days of work before being asked to take the classes? Clearly, the system is not working. I do question whether all of that was necessary for the job I was hired to do. Well, we do know the classes weren’t necessary because I did the job, have never taken the classes, and got paid–eventually.

I had worked for the college years ago as an adjunct faculty member and as a tutor, but I still had to go through a process as though I was a full-time hire, instead of working for about 15 hours for one week. Even the college president thought the process I had to go through was crazy. I contacted him after I was done working, but while the human resources director continued to harass me to fill out more paperwork. I wanted him to know how insane all of this was. He agreed, and said he would look into it.

My issue as a student had to do with signing up for an online Spanish class for this fall. This was to be my first remote class. With being familiar with Zoom meetings and other webinars, I wrongly assumed this is how online classes worked.

I never bothered to ask friends who had taken an online class and others who taught them what it was really like. I didn’t know the class didn’t meet as a class, but instead we were given assignments by the teacher with a deadline to meet. I know my annunciation is horrific when it comes to the Spanish language, so I was looking forward to being corrected in the moment and hearing how the words should actually be spoken. The online learning LTCC offered was not going to give me what I wanted. I dropped the class.

Even that, though, was not smooth. While my credit card was charged the day I signed up for the class, it was not credited the day I dropped. It took two calls to get my money back, and even then the second person said it would take a few days. The credit finally arrived on my card.

I won’t even go into how non-intuitive it is to deal with LTCC online classes. It took talking to a friend and the admissions office to figure things out and I’m not computer illiterate.

I’m sure with how difficult I was with filling out paperwork, the college won’t be hiring me any time soon. That’s OK, though I did enjoy the tennis camp. As for classes, I’ll wait until they are in person.