Ballot in the mail; vote for Ballard, Creegan and no on Measure S 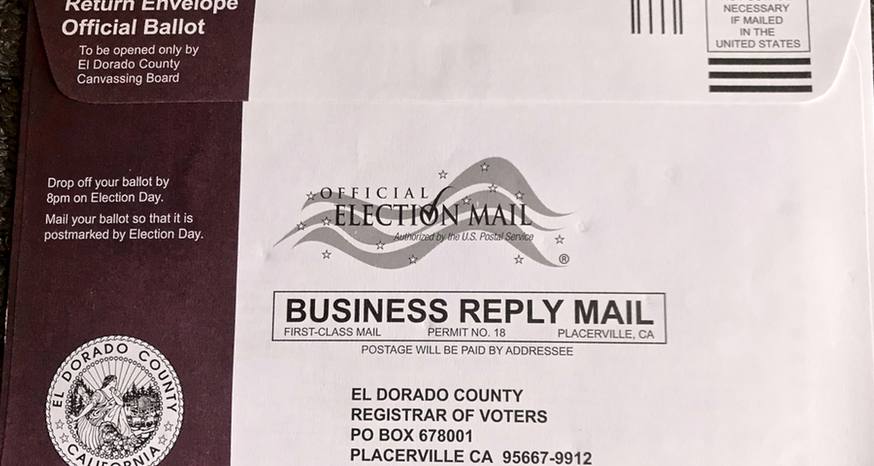 Voting by mail is safe and easy. (Image: Kathryn Reed)

I doubt the outcome of the presidential election will be known Nov. 3 after the polls close. All the mail in ballots will delay that process.

I would guess most local elections will be known that night. In South Lake Tahoe two City Council seats are up, along with two for the water-sewer district, and a measure that would increase the local sales tax to be the highest in the region.

I voted no on Measure S. It would increase the sales tax from 7.75 percent to 8.75 percent. The city is being so disingenuous with voters in saying the money will go to fire protection. The truth is the money can go wherever the city wants it to go. With two new councilmembers coming on board after the election because the incumbents are not running, there is no guarantee the newbies will choose to allocate the new revenue (estimated by the city to be $5.4 million annually) toward public safety. The city manager has been on board since May, so he has no track record with constituents. There would be no sunset on this additional 1 cent tax. The city would have to put a measure on a future ballot asking voters to rescind the tax hike for it to go away. 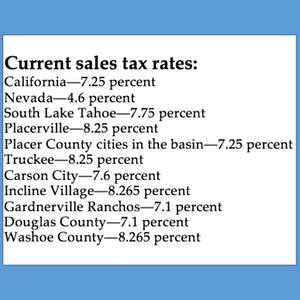 The city has been crying poor for years. What has it been doing to prepare for the reduction in transient occupancy tax because of the voter initiated changes in vacation home rentals? Why weren’t there furloughs during the onslaught of COVID-19 when recreation facilities, the campground and other services were not offered, or when the snow stopped flying and there was nothing to remove from the streets? Where is the accountability of the spending of the excess reserves?

Don’t ask me or anyone else to pay more when you haven’t done your job or sacrificed.

As for the council candidates, I voted for Stacey Ballard and Cristi Creegan. While I don’t know either of them well, I know enough that the reasons they are running are honest, with no hidden agendas. I doubt I could ever find a candidate I agree with 100 percent. For instance, Creegan is for Measure S. Still, both women are honest, hardworking people who will have the best interest of the city at heart when they make a decision. I also believe both will be able to work well with the three remaining council members in order to have a cohesive government body.

As for the South Tahoe Public Utility District board, I voted for David Peterson for the full term and wrote in a friend who once wanted to be on this board. For the unexpired term, Shane Romsos got my vote.

It’s time for Brynne Kennedy to be our voice in the House of Representatives.

When it came to the state initiatives I looked at the endorsements of publications I respect. I added those thoughts to my research to come up with my own selections.

For those wondering if their ballot made it to the appropriate elections department in California, go here to register for updates. Nevada voters may do the same by registering online here. Remember, voting by mail is not dangerous or full of perils like fraud. I’ve been doing this so long I can’t remember when I last voted in person.