Barton Health is preparing for the COVID-19 surge to hit the South Shore of Lake Tahoe in two to six weeks – so between the end of April and end of May.

In the thick of summer or winter with an abundance of tourists in the area, it’s common for Barton Memorial Hospital to have 50 of its 63 patient beds full. 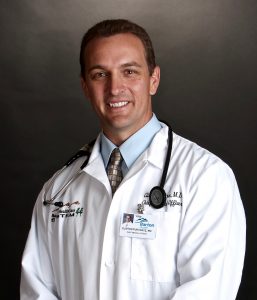 “What we decided to do is bring surge capacity to three times that amount to care for the community. So in our surge planning for our community we have identified up to 150 beds on our campus in California whether it’s to care for COVID or other medical conditions,” Clint Purvance, CEO and president of Barton Health, said during an April 10 virtual town hall meeting. “That’s a lot of surge capacity for a town our size. Under COVID we believe it is adequate for our community.”

Community members have offered gymnasium space, hotel rooms and other locations as potential options if more beds are needed.

Barton has a drive-up clinic to test people and take vital signs. First Barton would like people to call 530.600.1999 – the COVID hotline. Medical personnel will assess what is going on and then recommend the appropriate course of action.

“If we think you need more care, we have negative pressure isolation facilities,” Purvance said. One is on Jean Street near the hospital, with Stateline Urgent Care becoming one as of April 11. The emergency room and rooms in the South Lake Tahoe hospital have also been set up. The goal is to have fans remove the air from the environment so the virus does not stay.

When it comes to medical equipment, Barton is fine today, but is trying to secure more.

“The national stockpile for PPE is nearly depleted. It’s difficult for us to get needed supplies. Barton is doing well now. If we get a surge, that would change,” Purvance said. “We need gloves, gowns, and face shields.”

Donations have been pouring in, with Barton Foundation being the collector of items. In about three weeks, nearly 1,500 homemade masks have been donated. Barton provides these at the front desk for people coming to the hospital. (The hospital now has only one entrance.) Workers who can’t stay 6-feet apart and are not in need of a higher grade mask also wear them. The goal is enough will be made so the health system could provide them to the community at large. All are washed at the get-go and are reusable.

Kiser, with the foundation, said donations have ranged from the N95 respirator masks a guy had in his garage to people bringing pallets worth of goods. For more information about donating, go online.

“If the worst case scenarios hits, we have recruited for the Barton medical corps,” Purvance said. As of Friday morning, 103 people had signed up. Barton is looking for anyone with a clinical background to help where needed. “If we did see a surge beyond our capability, we believe with the community’s help we will be able to bring resources together quickly.” 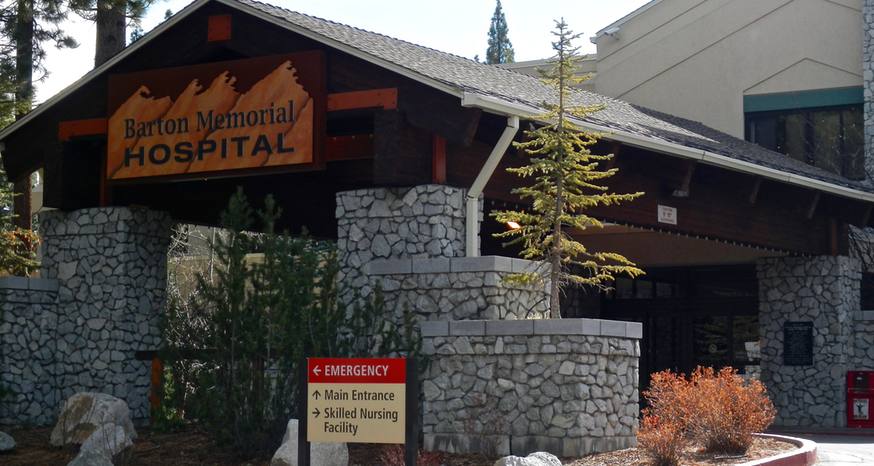 Barton Health has a plan in place if the hospital’s capacity is three times higher than at summer/winter peak levels. (Image: Kathryn Reed)

As of April 10, there were 32 confirmed cases of the coronavirus in El Dorado County, with nine of them in the Tahoe area. Douglas County reports nine cases, but does not break it down between the lake and valley. Placer County has 123 cases, with four deaths. In the Tahoe area cases have been confirmed in Carnelian Bay, Kings Beach, Olympic Valley, Tahoe City and Truckee. Washoe County has had 363 cases and 10 deaths, but online does not say how many are at the lake.

Purvance expects the death toll to grow substantially because of how fast the virus spreads. The death rate is close to 2 to 3 percent, while the annual flu is 0.1 percent.

“We anticipate ongoing infections for quite some time, until there is a vaccination,” Purvance said.

As of now the virus has been attacking patients’ lungs the hardest. However, it can also impact the heart, kidneys, other organs and tissues.

Workers at Barton have tested positive. Purvance said employees without symptoms spread it to colleagues. He did not state how many were infected, though reports are two nurses tested positive.

Antibody tests that are being developed in several counties, and by the Centers for Disease Control and Prevention could give the medical community and officials a better understanding about COVID-19. The tests would reveal if a person has had the virus without ever knowing it. In other words, they would have an immunity to the virus.

“The best recommendation is for individuals not to contract the virus if they can help it in the first wave. This will allow science to catch up and medicine to catch up for better treatment,” Purvance said.

Social distancing – staying 6 feet from people, wearing masks in public, washing surfaces that could be contaminated, continual hand washing, and not touching one’s face are all preventative measures.

Purvance is admittedly frustrated with the lack of testing because of the unavailability of kits. A high number of negative tests that are actually positive is also disconcerting. He is hoping more reliable tests will be offered soon, as well as the ability for Barton to run its own tests instead of sending them out to a lab.

“I think over the course of one or two months there will be more testing that will give direction in how we deal with the pandemic and the lasting of social distancing so we don’t see a resurgence,” he said.

Barton for years has used telemedicine as a component of care, and is beefing up that protocol. Call your doctor or the COVID hotline before going to the hospital for any non-emergency situation in order to protect yourself, health care workers and anyone else who might be there. Right now non-essential procedures are not happening at the hospital. Those restrictions may be loosened in May.