California fire singes the psyche of those it touched 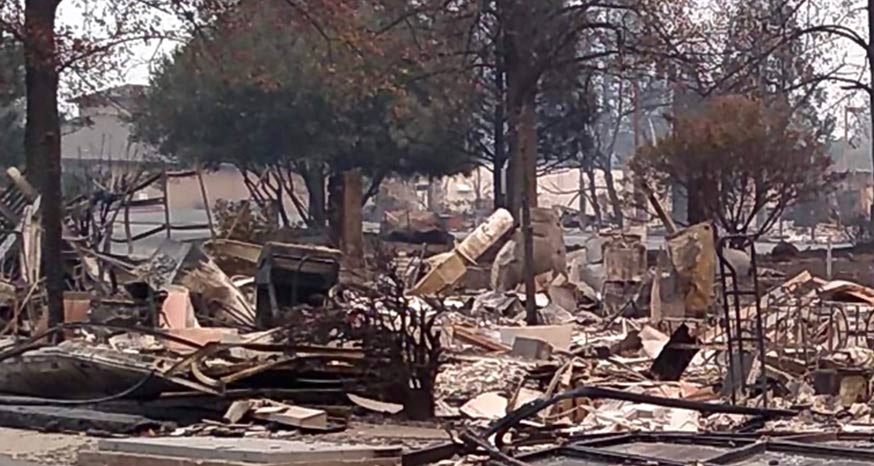 “I’m back on The Ridge.” This was a common text mom would send when she returned home. It was always comforting.

Mom didn’t always check in like this with me and my sisters. Most of my adult life I didn’t know where she was going or when. This checking in became a common practice after my dad died in 2010 – her husband of more than 50 years. It made me feel good. I knew mom was safe, home.

There will be no more such texts. The Ridge as she and about 27,000 other people knew it is gone. On the map it says Paradise.

She is alive, as is her dog. They are both fine – physically. It could have been worse. It was for so many people; so many families had to plan funerals, so many with no means to move forward.

Like a roller coaster, the effects of a disaster are full of unknowns. Most of the twists and turns leave stomachs in throats, people wishing for it to stop, wanting to get off. Unlike most thrill seekers, those in disasters didn’t ask for this ride of a lifetime. They would gladly have paid to have never been on it. They would gladly trade their seat, well, most would probably rather no one occupied a seat on the tragic ride.

My mom is on that ride as she adjusts to what she calls her new normal. She says her life is defined as BTF – before the fire, and now. Nov. 8, 2018, will forever be a date seared into her memory. 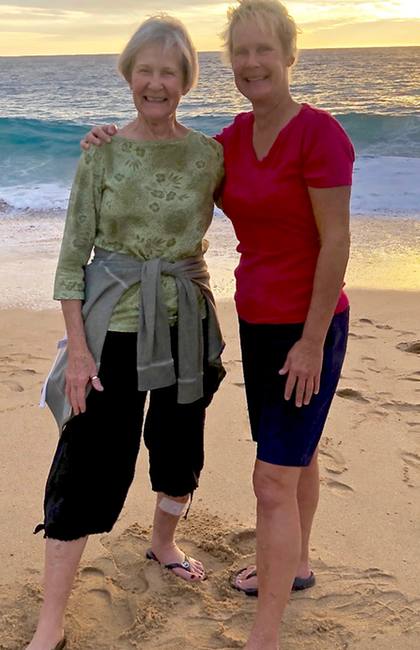 I feel like I’m on the sidelines watching, unable to do anything but offer words of encouragement, be there figuratively and literally if she falls.

It’s not something I want to watch. No one wants to watch someone suffer – especially their mom. This shouldn’t happen to anyone – to lose everything, to have to start over in your 80s.

She has a plan. It doesn’t involve Paradise. How could it? It will take too long for normalcy to be restored there.

I cried every day after learning mom’s home was gone. Cried until the day she arrived at my home in Todos Santos. I was tearless until the day she left. More tears that day and the days that followed. Sad for so many reasons; for her, her friends, everyone—those with homes and those without. Those with businesses standing and those in ashes. The students – what a senior year. The animals – domestic and wild. The firefighters and all the public safety personnel, and the research and recovery teams; this has to have been horrific for them as well. Many are also victims of the Camp Fire.

I ache for mom’s friends (and others) whose homes are standing. It is hard to know who has it worse. But then it really isn’t worth comparing those who lost everything to those who are surrounded by nothing. It’s a heartbreaking tragedy from every perspective.

When mom was here she bought a couple small things for her next home. That comforted both of us, probably me more. I saw it as the beginning of the rebuilding process. I’m guessing she saw it as a reminder of all the cherished items that can never be replaced.