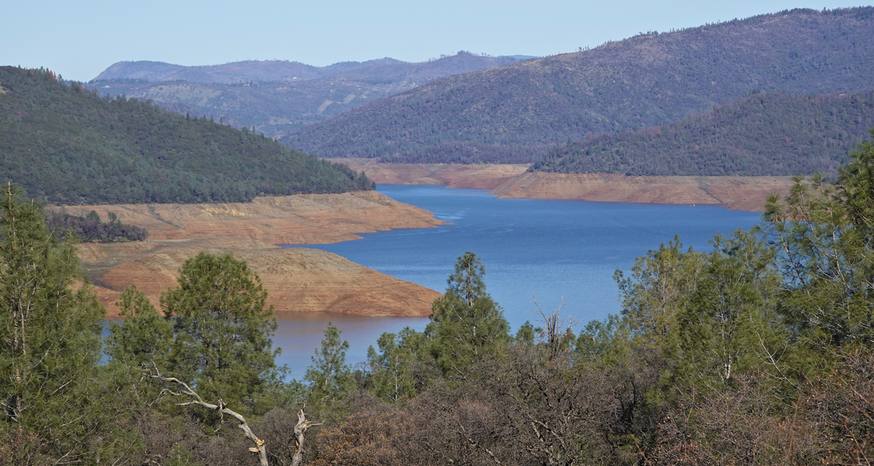 The rainy season Californians have known for decades is gone.

That was one of the overriding messages from the Department of Water Resources on Feb. 17.

“California is having a historical year on multiple fronts. This weather whiplash we had been anticipating is now upon us and all around us,” Karla Nemeth, DWR director, said during the media webinar.

Because the state is more reliant on atmospheric rivers during the winter instead of a steady lineup of storms from November through March, those tasked with ensuring there is enough water to go around are coming up with new ways to forecast how much of this scarce resource really exists in the groundwater and as snow. Better forecasting the runoff is also part of the equation.

After all, there are more than 39 million residents as well as the 43 million acres of ag land that need water, along with all the animals that live in the various bodies of water in the state.

“As we look to manage through a third year of drought it’s become very important for the state of California to make advances and improvements in how well we can forecast hydrologic conditions and how they do or do not ultimately manifest as water supplies that go into our reservoirs. But also very important is how they head into rivers and streams and support our aquatic ecosystems,” Nemeth said.

2021 was the second driest and warmest year in California’s history. This year isn’t starting out any better. 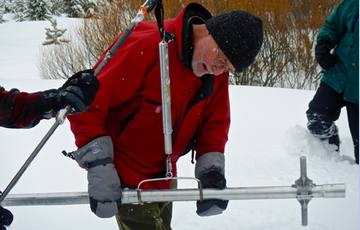 Manual snow surveys are popular with the media and public as a visual, but technology is almost making them obsolete. (Image: Kathryn Reed)

In an average year about 40 percent of California’s water supply comes from groundwater. That increases to nearly 60 percent in droughts. That is why officials want to monitor groundwater to know where it is, how much there is, and to have the ability to divert water to these locations for storage when there is an abundance.

Increasing the number of underground sensors is a key strategy for knowing what is going on with groundwater.

With less snow falling in the Sierra, this presents a problem for reservoirs downstream that are the source for water during what had been the normal summer dry months. As temperatures rise, the snow is melting faster, thus altering the runoff.

Knowing more about the snowpack is critical because it is responsible for about one-third of California’s fresh water supply.

Aerial remote sensing of the snowpack started in 2012. This year it expanded to the Feather River-Yuba area, along with Truckee, Lake Tahoe and Carson watersheds. Water content, depth of snow, albedo, and other physical parameters are ascertained. This is better than the snow surveys conducted near Echo Summit a handful of times each winter.

The aerial sensors have LIDAR and scanning information. From 23,000 feet it can measure snow to about 2.5-inches accurately.

While drought is the topic today, all the new tools will also be useful during wet and normal years, officials said.

The California Water Watch website was launched this month as a way to let interested parties as well as the average person track the latest water conditions in the state. While there is a federal drought monitor, it is decades’ old. The state has created its own version that has more robust data in it that can be used by water agencies.

Through the website people can easily track precipitation, temperature, weather, snowpack, groundwater, stream flow, soil moisture, and vegetation conditions anywhere in California. Comparisons to prior years is possible, too.