Considering half the population menstruates and everyone comes from this natural female body function, it is amazing how much stigma surrounds this monthly flow of blood.

“It is the source of life,” Veronica Wong simply said of periods. So why then are so many people embarrassed to talk about menstruation? 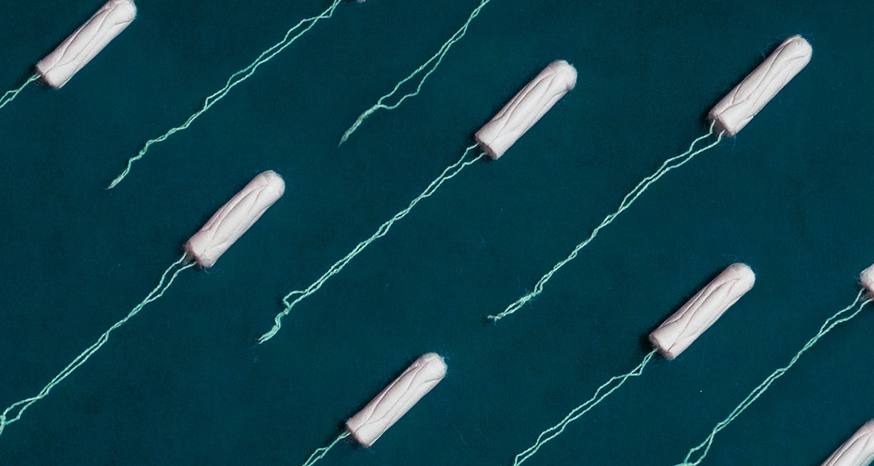 Wong is chairwoman of Period Proud’s board, an organization created to break down barriers, remove the stigma around periods, and provide Black, indigenous, and people of color with monthly menstrual supplies.

Period Proud is a 501(c)4 started by Anisha Murarka. The 2019 Immigration and Customs Enforcement’s raids in Mississippi left her angry and sad, feeling like she needed to do something.

“With so many sole financial providers jailed instantly, the beginnings of Period Proud formed to send menstrual products to community centers and churches in Mississippi. The group’s mission was to ensure all menstruators did not have to worry about choosing between a meal or a box of menstrual products for up to two to three cycles,” the website says.

It was a side project of sorts for Murarka before she reached out to friends to help make Period Proud something more. The board has three members, all people of color, and fourth person involved in the organization. All are volunteers. They live in various parts of the United States.

Just in its infancy as an organization, Period Proud has sent more than 40,000 tampons and pads to marginalized menstruators and the BIPOC community. Groups in Minneapolis, Oakland, Cleveland, Louisville, Washington, D.C., Baltimore, and Los Angeles have been beneficiaries.

The reaction to these gifts has been heartfelt.

“Some said they had never had a whole box of tampons before,” Wong said. And this is in the United States in 2020.

Wong added, “As we delivered products to menstruators, we started hearing their stories. There is still a social stigma around menstruating. That is why we are collecting stories.”

Those first person accounts are on Period Proud’s website. Some are joyous recollections, including one person crediting her father for celebrating her womanhood. One woman was told by her mother that tampons are for sluts. Another didn’t know it was OK to urinate with tampon in. Sex and menstruation is a subject most menstruators face—no matter their sexuality.

Menstruation is also an economic issue and one of equity.

On Jan. 1, 2020, taxes on tampons sold in California were eliminated. Sales tax is also no longer allowed on specified sanitary napkins, menstrual sponges, and menstrual cups, along with diapers for babies. However, it’s just a two-year deal, so legislators will need to address the issue again this year or the tampon tax will be resurrected Jan. 1, 2022.

Still, California is ahead of many others because public schools provide period products for free.

Period Proud as it grows plans to advocate for repealing pink taxes. Those go beyond menstrual products. They are called pink taxes because most things pink targeted for girls/women cost more than the same item in blue intended for a boy/man. A study published by New York City in December 2015 about gender pricing revealed that women pay more for similar products compared to men:

This is not a new issue. A 1994 California report about gender-based pricing of services revealed women paid what amounted to a “gender tax” of approximately $1,351 each year for the same services as men.

This issue is global, especially when it comes to tariffs on international trade.

As Period Proud says, “Menstruation doesn’t stop when we are fighting for justice.” Following the organization on Instagram is the best way to keep informed.

Going forward Period Proud will continue working to deliver menstrual supplies where needed, plans to partner with other menstrual justice organizations, hopes to work with makers of menstrual products and other corporate entities, is looking into grants to help fund the cause, takes donations online, has swag for sale, and wants people to share their stories online.