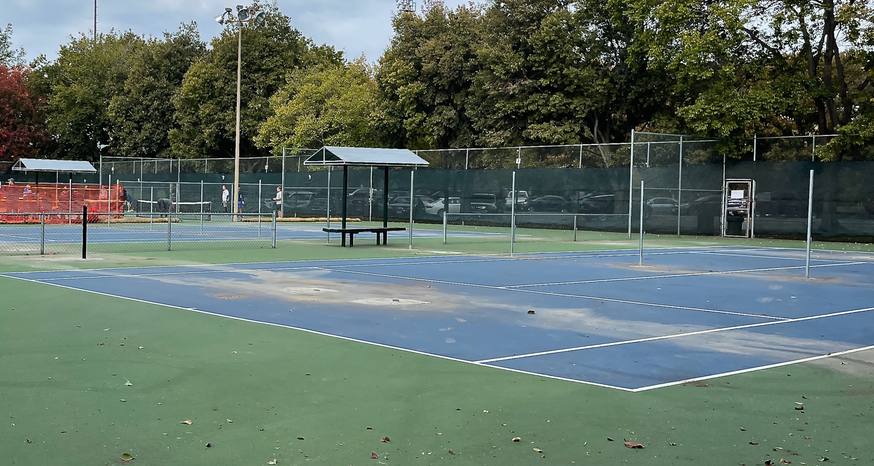 First there were eight, then six, and now there are four. In this case, less is not more.

That is the plight of public tennis courts in Chico.

And really, the number of courts available at 20th Street is three because the first court is for the pro, so it is not available all the time.

What is really sad is that no one will be playing on these deconstructed courts for several months. That’s because the wonderful people who make decisions regarding Chico parks thought it a brilliant idea to start the project at the end of October. They are not playable for either sport today.

What kind of incompetence is this? Who doesn’t look at the weather forecast before starting an outdoor project? Why start something if you can’t finish it in a timely manner?

Just another sad, disappointing day in the life of a tennis player.