Shopping in this era of COVID-19 is like a lesson in sociology. It will be interesting to see what historians write about us in the years to come as it relates to all aspects of this pandemic.

I’ve only had one quasi-unpleasant exchange with a friend since my return to Tahoe at the end of March. She took issue with me snowshoeing with friends a few days ago. Six of us drove three vehicles and stayed 6 feet apart. The few people we passed on the trail were that distance as well as someone went off trail to wait for the others to go by. 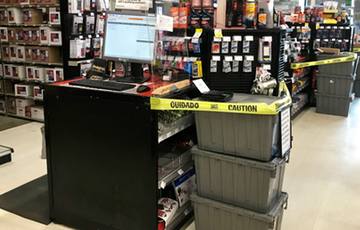 Wrong to drive to a trailhead in the greater Lake Tahoe area? I wasn’t playing tourist. I wasn’t hurting anyone else. I touched nothing that anyone else would touch. I was not participating in a high-risk sport that could require search and rescue personnel. (Yes, there can be injuries in all sports; I’ve also injured myself at home, though, too.) I did not go someplace that had any signs indicating the trail was closed. Nor was the parking area closed.

I did my two-week quarantine when I returned from Mexico. I believe that if we keep away from others, and wear masks and gloves when we are in close proximity, then the shelter in place is pointless. The shelter in place is for the people who can’t figure how to safely be in public. As with most things, Draconian measures are put in place to cater to the lowest common denominator of society. It penalizes the majority of people who know how to behave.

On top of that, exercise is good for the mind, body and emotional well-being. I do plenty indoors, but it’s not enough. Being outside in the fresh air and absorbing sunlight contributes to good health for anyone who does so. I am consciously choosing to go to locations where I am not having to pass people on a single-track trail. I’m staying away from places I believe will be packed full of people; as everyone should do. There are enough places, even in cities, to go to without touching each other. How hard would it be to say all north and eastbound foot travel is on the right side of the street, while all south and westbound traffic is on the left side – or something like that? 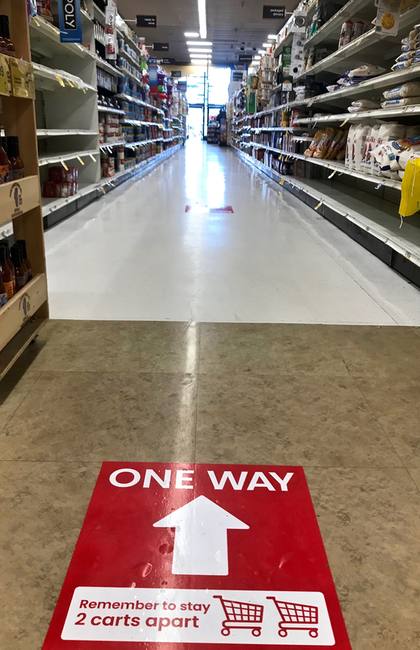 Yes, we are all in this together. Even if you are against some or all of the rules various levels of government are putting in place, at a minimum wear a mask and gloves when close to people or touching something someone else might touch – like doors, counters, groceries, gas nozzles, etc. The virus is real. That can’t be disputed. Why would you want to get it or pass it along?

I was shocked when I finally went grocery shopping. Not because it took forever to find baking soda, or that Costco didn’t have the canned beans I wanted, or that Safeway in South Lake Tahoe now has one-way aisles. I was flabbergasted to see so many people without masks or gloves. I was disgusted to see the owner of South Tahoe Grocery Outlet fist bump the founder of Lake Tahoe Wildlife Care; the latter being the one who initiated it. Neither guy had a mask or gloves. Really, people? I’m thinking of spending future grocery dollars elsewhere.

What was good to see was people trying to social distance as best they could. Costco in Carson City had signs telling people to keep 6 feet apart. I was sad to learn from my checkout woman how people have been verbally abusing these essential workers. I can’t think of a time when it would be appropriate to swear at a cashier. She told me it’s mostly men who have misbehaved. Sad. Inexcusable. Disgusting.

In this one shopping excursion that included Costco, Safeway, Grocery Outlet, Grass Roots and Auto Zone, most of the people not wearing a mask or gloves were people who appeared to be at least 60. WTF? The Safeway cashier said how slow it has been with no tourists in town. Some San Francisco Bay Area counties are no longer allowing reusable bags at stores. Not the case in South Lake Tahoe. Time will tell if that edict changes. I washed those “shopping” clothes immediately in hot water. I wiped down all the goods I bought and the surfaces bags/boxes touched inside the house. I didn’t go in the Jeep for 72 hours.

I’m glad I have enough groceries to last more than two weeks so I can stay out of stores for a while. But I’m still going outside to play.