The state has revoked Lake Tahoe Wildlife Care’s permit to care for bears after a cub escaped the South Lake Tahoe facility in August.

“Lake Tahoe Wildlife Care currently has a CDFW Wildlife Rehabilitation Permit to conduct care and rehabilitation of native wildlife, excluding big game species such as deer, elk, and black bears. The facility does not have a current agreement with the department to rehabilitate black bear cubs,” Peter Tira with the California Department of Fish and Wildlife said. “In response to the escape of the Tamarack bear cub, they are required to make improvements to their facility enclosures and fencing. Upon completion, the department will perform a site inspection and evaluate the request to renew their agreement to temporarily possess and rehabilitate injured and orphaned black bear cubs.” 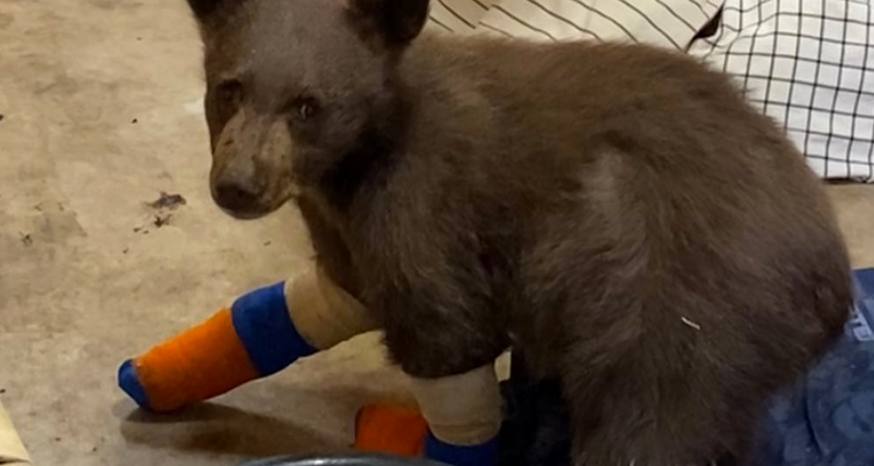 Tamarack, named after the fire that started south of South Lake Tahoe last summer, was brought to the center July 26. On Aug. 3, LTWC put out a community alert on Instagram hoping people would help locate the animal.

In part the message said, “The 6-month-old black bear Tamarack has escaped his enclosure and managed to tunnel under an electric fence. He is not in immediate danger and is not a threat, but we need to locate him as soon as possible. … be on the lookout for a small brown bear cub of about 25 pounds. He might have bandages on his front paws.”

Tamarack had all four paws burned in the fire.

While he was spotted, or at least people think it was him, officials decided to let the cub stay in the wild because it appeared he was doing just fine.

“We believe Tamarack is still out there, but there’s no way to be 100 percent certain as most cubs look very similar,” said Denise Uptown with LTWC.

The original plan was to care for him until spring, and then release him.

LTWC celebrated its 40th anniversary in 2018. Ground was broken in 2015 on its current 27-acre site at the corner of Al Tahoe Boulevard and Pioneer Trail. Prior to this location the animals had been rehabbed at the founders’ backyard just outside the city limits.

Upton knows of no other animals that have escaped from either location.

“We are currently making improvements to our facility enclosures and fencing, and we will be renewing our agreement with (CDFW) after an inspection to temporarily possess and rehabilitate injured and orphaned black bear cubs. We’re not 100 percent sure how he escaped and by making these changes, we are addressing all potential issues that could of led to his escape,” Upton said.