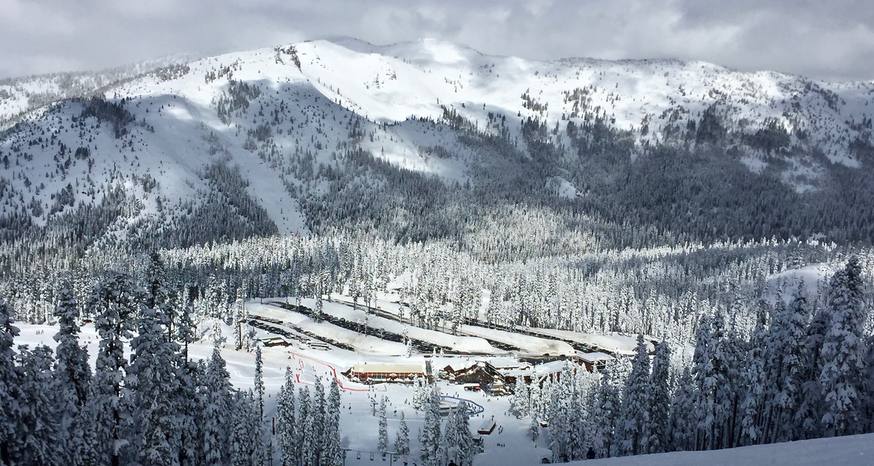 Brothers Ray and Floyd Barrett opened Sierra Ski Ranch in 1946. Vern Sprock purchased it in 1956. In 1993, Fibreboard bought it and renamed it Sierra-at-Tahoe Resort. It has been owned by Booth Creek Ski Holdings since 1996. (Image: Kathryn Reed)

This ski season was supposed to be all about celebrating 75 years of schussing down the slopes at Sierra-at-Tahoe. Unfortunately, the resort doesn’t know what lifts will spin this winter even though opening day should be a few weeks away.

The Caldor Fire that ripped through the Eldorado National Forest in late summer/early fall caused significant damage to some of the lifts and many of the trees. 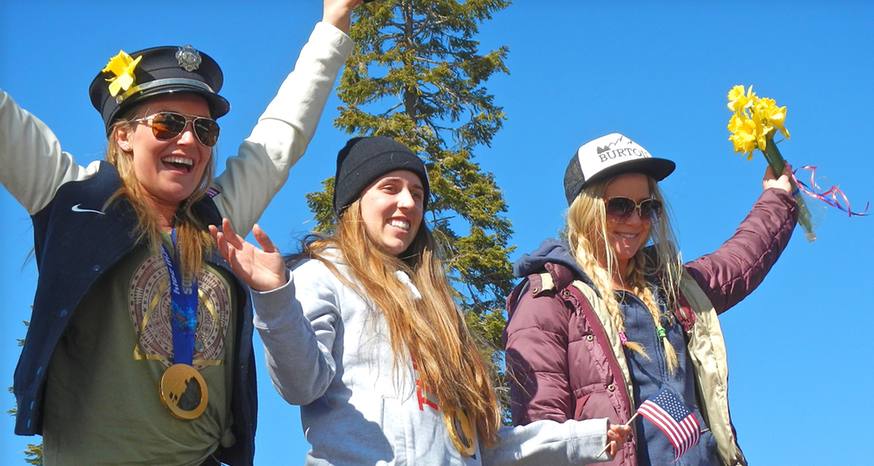 Sierra threw a big party for Jamie Anderson, Maddie Bowman and Hannah Teeter after they competed in the 2014 Winter Olympics. (Image: Kathryn Reed)

“We do know that the trails + area accessed by West Bowl Express will be inaccessible this season, as we restore that section of the mountain for seasons to come,” Sierra-at-Tahoe said on Instagram Oct. 24.

Even though the ski resort’s insurance company brought in private firefighters before the flames reached that section of Highway 50, fire has a way of doing what it wants. Most of the buildings were saved, but the cables on some of the 14 lifts that are scattered across 2,000 acres are the problem. So are all the damaged trees. 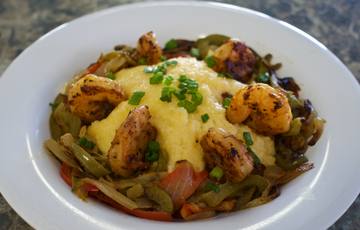 On the resort’s website is a Q&A about what to expect this season. It gets updated as more information is available.

In part as of Oct. 25 it said, “We are still conducting a thorough evaluation of Sierra’s lifts and trails to understand the full impact of the fire. That evaluation will determine what operations look like for opening the resort for the 2021/22 winter season. Repairs, routine yearly maintenance + annual inspections continue on Nob Hill, Short Stuff, El Dorado + Easy Rider Express, as well as mitigation for fire-damaged trees along ski trails accessed by these lifts. The operating status for individual trails accessed by each of these lifts is still unknown as they undergo inspection. In addition, many of the in-bound tree skiing areas, such as Jack’s + Avalanche Bowl, will likely be closed for the season. Grandview Express’ haul rope, which suspends the ski lift’s chairs, was damaged during the fire and a replacement cable is currently in production in Switzerland. Due to these challenges, Grandview Express will be delayed and we currently do not have an estimated date for allowing access to this lift.”

This video from KCRA-TV shows the damage:

The fire changed a lot of things for a lot of people. And while it might be trite to mourn the damage to my favorite South Shore ski resort when whole towns (Grizzly Flats and Greenville) were leveled this year, the loss is wrapped up in so many wonderful memories of skiing at Sierra.

I’ve never been a huge tree skier, but I loved the trees at Sierra. I loved that I could find stashes of powder a day or two after a storm. The special events were fun. The food was good. 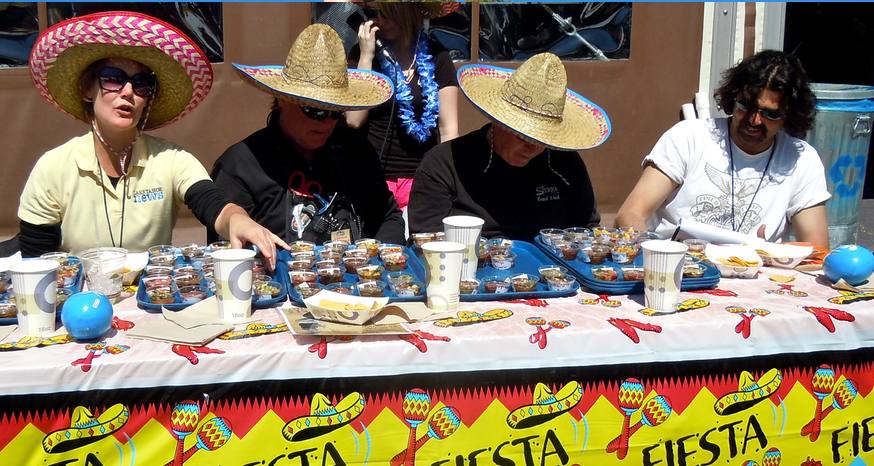 Kae Reed, left, as a special guest judge during the annual salsa competition.

Sierra has always had a friendly, non-corporate vibe. It was welcoming.

And all those Olympians it has produced. 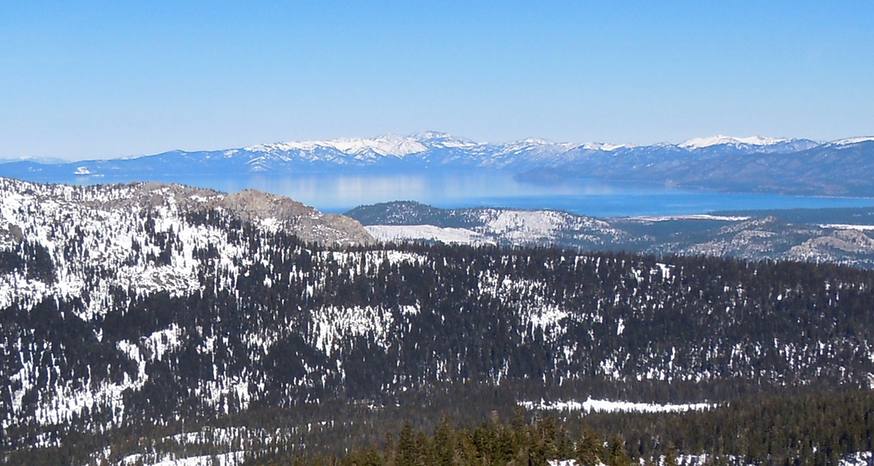 There is a reason the lift that accesses this vista is called Grandview. (Image: Kathryn Reed)

I skied there with friends and family. I skied for work, I skied just to have fun.

None of those things will change as the resort repairs the fire damage. It’s possible Sierra will be even more magical for having endured this significant setback. 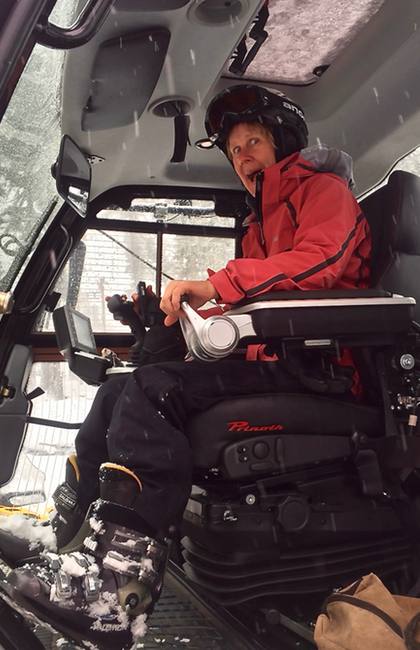 Good thing the keys were not left in the snowcat. (Image: Sue Wood)

Sierra has weathered many storms—ownership changes, drought, rain on snow, a pandemic, short seasons, lack of personnel, road closures, and so much more. Resilient is what this resort is. It takes some pretty special people—from the GM to the lifties—to create this sense of belonging.

The fact that the resort seems to be so honest via social media about what is going on makes me like it even more. Transparency with guests is going to get some converts to the slopes even with limited terrain this season.

This isn’t just a ski resort; it is a community. It’s a place that will always be special to me.