For General Motors, “Made in America” is taking on a different meaning than President Donald Trump would like.

GM vehicles are being made in North America, but on the other side of the wall. More than 800,000 GM vehicles were built at Mexico’s three assembly plants in 2018, with most of them being exported – and many to the U.S. 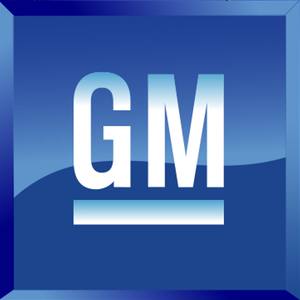 The U.S. company is now the No. 1 automaker in Mexico. Nissan had that title for the previous eight years.

General Motors is planning for the Chevy Equinox, Chevy Blazer and GMC Terrain to be built in Mexico.

This news comes on the heels of the company late last year saying in 2019 it would stop production at plants in Ohio, Michigan, Maryland and Ontario, Canada. Along with production reductions at two other plants, GM will lay off more than 14,000 people, or 15 percent of its workforce, by the end of the year.

In Trump’s state of the union address earlier this month he said, “I hope you can pass USMCA into law, so we can bring back our manufacturing jobs in even greater numbers … ensure that more cars are proudly stamped with our four beautiful words, ‘Made in the USA.'”

It was Trump who on the campaign trail and even as president promised manufacturing jobs would return. Instead they are disappearing. It proves a president has little control over private business.

Instead of being like Trump and bringing in cheap labor illegally to the United States, some companies go directly to the source.

According to Alex Covarrubias, a professor at the University of Sonora in Mexico, GM workers in Mexico made $1.90/hour in 2016. This compares to the union contract GM has with U.S. workers that calls for a base pay that ranges from $17 to $28 an hour.

If the trade deal between the U.S., Mexico and Canada – USMCA (United States Mexico Canada Agreement) – is ratified by lawmakers in all three countries, it would change regulations concerning the auto industry.