Giants manager a winner no matter the record 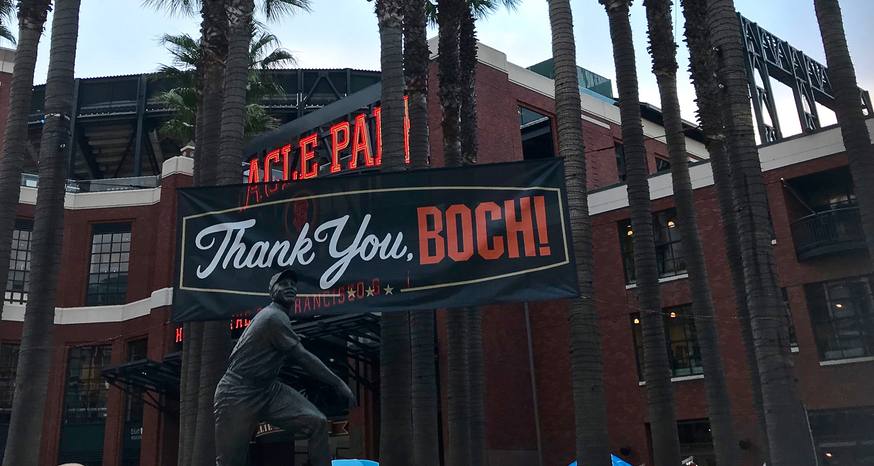 What a season it has been for the San Francisco Giants. No matter what happens on the field today for the last game of 2019, they will finish the season with a losing record. That, though, isn’t what is so significant. To me, it’s that manager Bruce Bochy will be at the helm for his final game.

The Giants’ skipper before the start of the season said this would be his last. He has spent 13 years managing the orange and black, steering the team to World Series titles in 2010, 2012 and 2014. Only five managers have more titles to their credit.

As a manager, he has more than 2,000 wins; a milestone that he reached earlier this month. Only 10 other Major League Baseball managers have accomplished this feat. Those 10 are all in the Hall of Fame. Most everyone speculates Bochy is headed for Cooperstown as well. 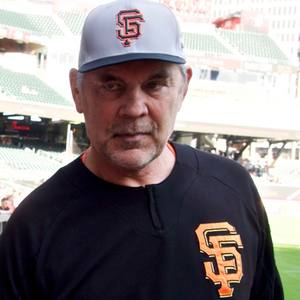 Bruce Bochy is expected to end his career in the Hall of Fame. (Image: Kathryn Reed)

At the Sept. 27 game, my last time to see Bochy in a Giants uniform in person, he was a man of few words as he introduced outfielder Kevin Pillar. This was a night to honor the player receiving the Willie Mac Award. Named for Willie McCovey, the Giants Hall-of-Famer who died in October 2018, it is a tradition that started in 1980. The award honors the most inspirational player for the season.

Pillar has earned the moniker “Superman” for his heroics in center field, most notably his diving catches. He’s pretty good at going face first into the base pads, as well.

In a Giants season that goes down as a record for the number of players used – 64 – it says something that Pillar hasn’t been part of the revolving door. It also says a lot that his teammates and others in his lone season as at Giant recognized him beyond his abilities at the plate and in the field.

It will be weird walking into Oracle Park next season knowing Bochy won’t be in the dugout. I wonder who else won’t be. It’s been a great ride these last 13 years with Bochy in charge.

A simple and heartfelt thank you and good luck to you Boch.