Halloween a sweet injection of cash into the economy 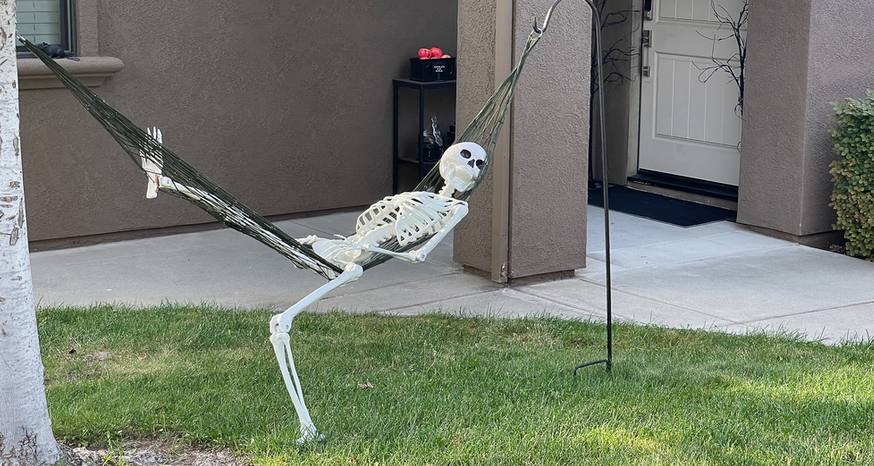 Apparently, even skeletons like to relax. (Image: Kathryn Reed)

This is expected to be a record year for spending in the U.S., according to the National Retail Federation. NRF says 2022 should beat the 2021 record of $10.14 billion in sales, with nearly $10.7 billion in sales predicted.

Most of the money is expected to be spent on costumes—$3.6 billion, while decorations come in at $3.4 billion, candy at $3.1 billion, and greeting cards at $600 million. 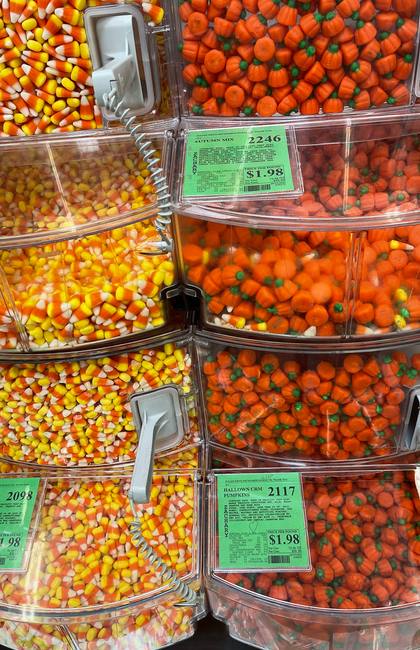 Billions of dollars of candy is sold in the United States at Halloween. (Image: Kathryn Reed)

It seems like every year no matter where I live the decorations for Halloween just keep getting more elaborate. It’s been fun walking and driving around the neighborhoods seeing all the creativity. For the people who are into this holiday, they seem to go all in.

No longer is a pumpkin or jack o’lantern on the stoop enough to say you have decorated.

My mantra most years when it comes to buying candy to give out is to buy what I don’t like. Then there won’t be an issue with eating it all either before, during or after the big night.

This year is different. Mom is going to be here and wants candy she likes. Peanut M&M’s are in the house. Dang—I like those. 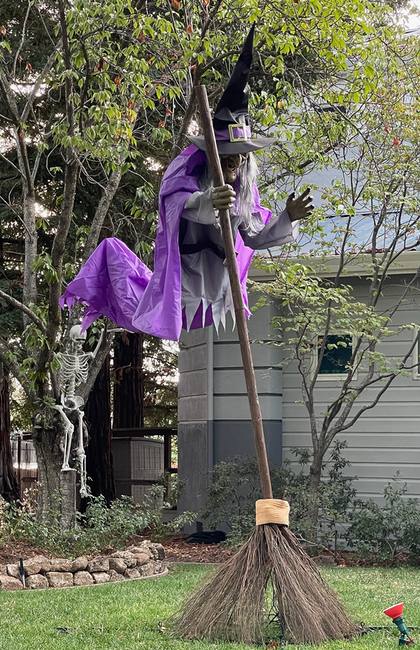 This witch looks ready to take off. (Image: Kathryn Reed)

Part of me hopes we have a handful of trick or treaters like last year so we have a treat for ourselves in November (doubtful they’d last longer than that), and part me hopes we have more people ringing the door so there are not extras. Time will tell.

One year when I lived in Lake Tahoe we were running out out of candy and more had to be bought in the middle of kids trick or treating. The neighborhood was full of full-time residents, so people would drive their kids there knowing they were sure to have full sacks by the end of the night.

While I’m still in a full-time residential neighborhood, it’s not full of kids. It was more “big” kids who came last year and not the cute little kids that make this holiday more fun.

No matter who comes, hopefully the M&M supply remains intact.