Holiday season a crapshoot for retailers this year

The shipping container-supply chain conundrum is adding stress to many retailers who often depend on fourth quarter sales to produce the bulk of their income for the year.

Ordering product early and more of it, while being innovative are ways store owners hope to finish the holiday season in the black. 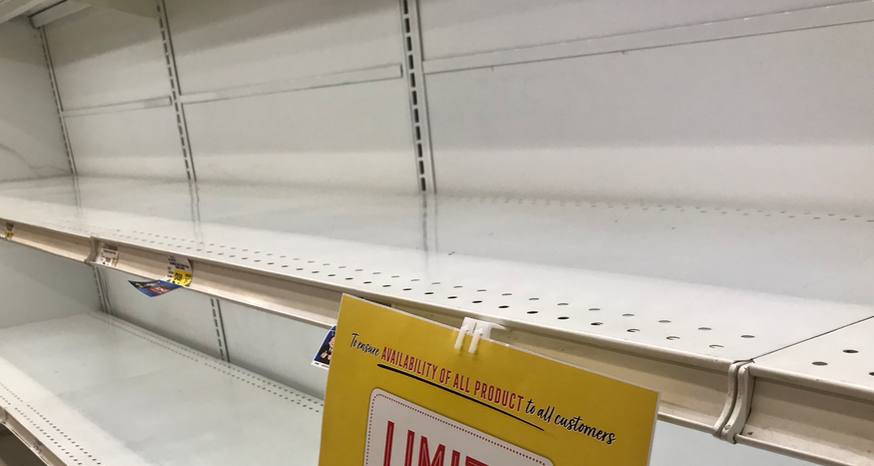 “We have actually had to order three times what we normally do for Christmas because we are probably only going to get 25 percent of it in,” Amber Blanc, owner of the boutique Farmer’s Closet in Fairfield, said.

On top of limited quantities, it is costing more to get the goods onto the shelves.

Blanc said shipping containers have gone from $2,500 to $17,000, with expedited orders costing an additional $3,000. While her distributors are picking up those costs for now, she said, “The consumer pays for it in some way.”

Hengameh Rafii, owner of The Holiday Shoppe in Sausalito, said it is costing six to seven times what it has is in the past to bring goods to California’s ports. “This has been the most difficult time in the 34 years I have had the business.”

Asia is the main region where U.S. retailers get their product.

According to the Office of the U.S. Trade Representative, “The United States is the largest goods importer in the world. U.S. goods imports from the world totaled $2.5 trillion in 2019. China ($452 billion) was the top supplier of goods to the United States, accounting for 18 percent of total goods imports.”

Sharon Christovich at The FolkArt Gallery in San Rafael said, “To have less merchandise, but make it look like we have the same amount is a creative challenge. People have been shopping with us for 30 years, so the product has to change. The fourth quarter is definitely critical for us. It’s probably 40 percent of our business.”

Right now the sentiment for many is getting something from a supplier is better than nothing.

“A lot of times in the past vendors would not send it if an order was not 80 percent complete. Now they send it at 40 or 50 percent, which is good because we are able to get product in,” explained Debra Knick, co-owner of outdoor clothing retailer Sonoma Outfitters in Santa Rosa. “We probably do at least 25 to 35 percent of our business in November and December, so it’s really important we have a good holiday season.”

The outdoor company is anticipating people will be returning to shop in person, thus creating an even greater need to have plenty of merchandise. Knick said reordering product is not likely to be an option. “If you see it, get it now” is her mantra because it could be gone if you wait to buy it.

Every type of store seems to be suffering in some way.

“One of my vendors who makes finger paints for children told me they are in danger of not being able to produce their No. 1 product because of a shortage of pigment colors. Everyone is dealing with the fallout from COVID,” said Nancy Putney-Abernathy, owner of Blackbird in Calistoga.

It’s hard to give a holiday gift of chocolates without a box. And boxes for chocolate are hard to find. The 10-year-old Kollar Chocolates in Yountville opted to pay more to expedite the shipment of boxes to ensure it would be here for the holidays.

November and December are the busiest months for Kollar Chocolates so the owners knew they had to do what was needed to ensure sales were not interrupted.

Kollar Chocolates was nimble at the start of the pandemic by realizing virtual chocolate experiences could be a good team building experience for corporations. Google and others agreed. Those are continuing this holiday season with more than 1,500 Google employees expected to participate; with about 100 people per session. Chocolate tasting kits are sent to a company so everyone gets to sample several confections. Kollar leads the groups in the tasting, educating them along the way, and taking questions at the end.

Sales are going so well at Kollar’s that another production kitchen has been secured.

At the Nut Tree Shopping Center in Vacaville Jennifer Ramser, assistant property manager, said once the center opened in June after being closed for nearly a year the foot traffic has been great. Occupancy is at 95 percent with 65 retail and restaurant tenants.

At Retroactive Records & Games in Suisun City there’s a 50-50 chance of having what a customer wants because the supply chain is out of whack. To ensure there is product on the shelves for holiday shoppers store manager Trisha Cooper is putting aside duplicates instead of having all of the merchandise out now.

Brett Overshiner, a salesman at the Outdoor Pro Shop in Cotati, said basic items like fishing poles are back ordered for months—and that’s what sells well at the holidays. In summer it was hard to get anchovies, the common bait used for salmon fishing, because the supplier had trouble getting packaging material.

With the holidays around the corner, this full service fishing tackle store is constructing ways to be more customer oriented. In prior years everything needed to fish for tuna or go crabbing was sold separately. For an additional cost gear is now available fully assembled.

While early birds are out holiday shopping now, for bookstores the bulk of purchases are made between Black Friday (Nov. 26) and Christmas.

At Copperfield’s Books instead of each of the nine stores in Sonoma, Napa and Marin counties having to find space for inventory, they can keep it at the central warehouse in Santa Rosa.

A toy shortage could produce tears of sorrow instead of joy on Christmas morning for youngsters and adults who are hoping to unwrap that special gift.

“We’ve been encouraging people if they see something they like, to get it now because we don’t know what will happen in a month or two,” Jenee Haviland, manager of The Toy Shop in Sonoma, said in early October. “We are expecting everything to be out of stock from the companies in the next month.”

Most toys in the United States are sold in the fourth quarter. With so much product sitting on cargo ships instead of store shelves, the forecast the $32.6 billion toy industry is grim.

“The fear among many is if things don’t move, retailers will cancel. So that forces them to have product linger after the season,” said Adrienne Appell, spokeswoman for The Toy Association. “We’ve heard stories of people not even bringing product from Asia because they are not sure it will get here in time. It is a real problem and I don’t expect it to get better any time soon.”

At Toy B Ville in Petaluma the month between Thanksgiving and Christmas is equivalent to four months of sales the rest of the year. Besides not knowing what merchandise will arrive and being saddled with shipping surcharges, owner Darren Turbeville is having to pay for product upfront for the first time in his nearly 20 years in the business. He used to make an order in January and not have to pay until Christmas.

Turbeville and Stan Houston, who owns toy shops in Benicia and Livermore, agree that it’s a bit of a guessing game to know what customers will want.

“The worst thing you can do is have empty shelves. The second worst thing is to have full shelves and 20 to 30 percent of the product is never going to sell,” Houston said.

A version of this story first appeared in the North Bay Business Journal.